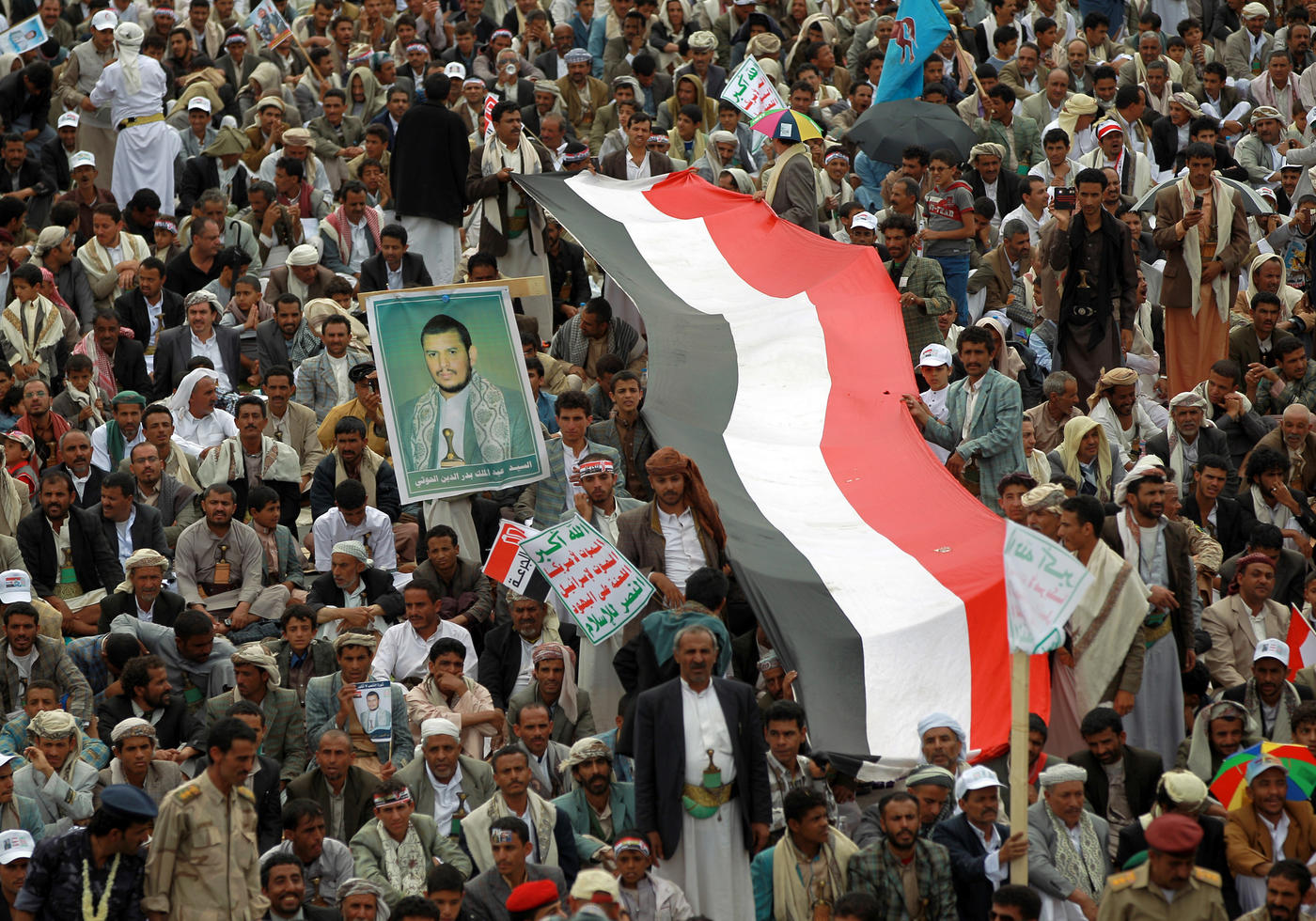 AL-MUKALLA - Abdul Malik al-Houthi's recent speech has confounded many observers' expectations and has left analysts in Yemen hotly debating how his new line of rhetoric could impact the current crisis.

Since the beginning of the Houthi rallies against the Yemeni government on 18 August, the group's leader has called on his followers to protest in the capital and demand that unpopular fuel hikes be rescinded and government forces to resign.

As the leader of the Houthi rebel group took the air waves on Sunday, shortly after police killed two of his followers near Sana'a airport, many people in the troubled country speculated that the young leader would call for supporters to take revenge, but al-Houthi instead took the opportunity to urge for calm.

Al-Houthi had promised, in his first speech in August, to respond strongly if the government attempted to suppress his supporters. But on Sunday, when the government fired at the protesters, he unexpectedly appeared on a TV station loyal to the Houthis, and gave an address justifying the reason for the protests and urging supporters to be patient.

"Our people will not back down from their legitimate demands," he said.

Mohammad Ayesh, the editor of the Sana’a-based daily al-Oula, told the Middle East Eye that he held his breath during al-Houthi’s speech, worrying that he would provoke his followers to take arms and fight the government.

"I expected an extreme and rabble-rousing speech. [But] it had nothing new, except the clear undertone of despair," Ayesh said.

To Ayesh, the Houthi leader seemed depressed, which he thought might be because there was no indication that the government would accept all of the leader’s demands.

"The speech did not narrate achievements from his rallies,” Ayesh added. “The [government] side appeared indifferent and unable to listen to demands."

Abdul Malik al-Houthi was 25 years old when he took charge of the young Shiite group in 2004 after the death of his elder brother Hussein who was killed in the first round of war with the government of former president Ali Abdul Saleh.

Unlike his predecessor who had a formal education, Abdul Malik was taught by his father, Bader Addeen. The young leader, who has rarely given interviews to local or international press, lives in an unknown location in the rebels' stronghold Saada province.

In recent years, he has commanded the Houthi’s battles with the former government and, after the government’s collapse in 2012, with the group’s Islamist rivals in Amran, Jawf and Mareb.

In his first public speech on the eve of the beginning of the protests, al-Houthi presented three demands: dissolving the government, cancelling the fuel subsidies decision and implementing the outcomes of the National Dialogue Conference, Yemen’s transitional dialogue process set up in 2013 after Saleh’s ouster.

The conference brought together powerful political parties, women and activists, and came up with hundreds of recommendations that set the stage for building a new federal country.

Last December, President Abd Rabbu Mansour Hadi, reacting to the conference’s demands, agreed to dissolve the government within a week, partially restore fuel subsidies and set a time frame for executing the recommendations.

But the rebels immediately rejected Hadi's proposals and demanded the immediate resignation of the government and cancellation of the fuel price rise.

On Sunday, instead of threatening Hadi for not adopting the demands as the group had in December, al-Houthi appeared more conciliatory, merely imploring Hadi to meet demands.

"He [Hadi] will have a real test in front of God and the people. He will be accounted before God in the Day of Judgment and neither [Army General] Ali Mohsen nor [Yemeni multimillionaire businessman] Hamed al-Ahmer would save his skin," al-Houthi said.

Ayesh commented: "The speech did not live up to expectations. The peak of [his] despair appeared when he ended his speech by asking Hadi to fear God instead of intimidating him with an uprising or escalation [of protests]."

While there haven’t been any defections rebels in the capital, Ayesh believes that al-Houthi may be concerned that his supporters are unwilling to make further sacrifices and might soon give up their protests out of frustration with repeated government inaction.

"The features of despair and frustration are clear on his face. He is worried about the supporters who are camping in the streets," Ayesh said.

However, other analysts assert that the more conciliatory language may be down to al-Houthi trying to pacify many of his supporters who are more accustomed to violent upheaval than democratic change.

The heavily armed Houthis have long insisted that they are determined to overthrow the government through peaceful means - which include barricading vital government facilities and paralysing traffic in the capital - but analysts have doubts about their ability to adhere to their strategy and point to the long history of conflict and instability in Yemen as evidence.

Abdulsallam Mohammad, director of Abbad Think Tank Centre in Sana'a, told MEE that the Houthis have already breached their promise of adopting non-violence means when they attacked army posts on outskirts of the capital on Tuesday, two days after al-Houthi’s speech.

"The rebels got some sympathy when police attacked them in front of the cabinet building on Tuesday, but they quickly lost that sympathy when they began attacking military camps in the capital," Mohammad said.

"Armed groups do not have patience to see the result of peaceful activities, and when then they do not, these end quickly, they go back to the use of arms, weapons and controlling land by arms,” he added.

On Tuesday, the rebels swiftly denied media reports that they had struck a peace deal with the government to end their weeks of rallies. However, it would appear that moves are underway to find some compromise: in his last speech, al-Houthi signalled that his supporters were holding talks behind the scenes to calm tensions.

Many of al-Houthi's speeches have focused on blasting the Sunni Islah party, attacks that analysts say it reveals an ideological bent to the group’s interests.

Over the past three years, tensions between the Houthis and Islah have grown steadily. In December 2011, the Islah party threw its weight behind Salafis in Dammaj as they were resisting a Houthi siege. In 2013, pro-Islah tribesmen and allied army brigades fought the Houthis in the Amran province.

Unleashing criticism at the party, which is still engaged with his forces in bloody confrontations in the Jawf province, Al-Houthi’s speech on Sunday was no exception to his recent attacks. Specifically, Al-Houthi passed the buck to the party for the faults of the outgoing government, despite the party only having four ministries in the cabinet.

"The Islah Party has taken a different rigid line against the demands of the people. Most of parties showed their understanding through their initiatives. I call upon all members of the Islah party, including their radicals, to review their stands for the sake of the people," al-Houthi said in his speech.

For Sami Noman, a Yemeni journalist and political analyst, Houthi appears to be trying to isolate the Islah party from the government, president and other forces that oppose the Houthis.

His rhetoric, said Noman, shows that the leader is aiming not only to slash fuel subsidy cuts and rid the government of corruption, but also to settle scores with Sunni groups.

Neither president Hadi who came in defence of the economic policies, nor the party of the former president who killed their leader in 2004, received as much criticism from al-Houthi as Islah party, and yet Islah shares only four ministries while Hadi's party controls half of the ministries in the government, Noman points out.

The Houthi leader usually refers to the Islah party as Islamic State-like, labelling them as jihadists who carry out decapitations and target minorities like Shiites, Noman said.

“This reinforces the belief that the Houthis' uprising is driven by sectarian motives and meant to target their Islamist opponents,” he said.

As long as Al-Houthi's supporters threathen to muddy the waters in the country if the government refuses to give into their demands, the leader's public speeches should continue to generate interest - and raise further debate. 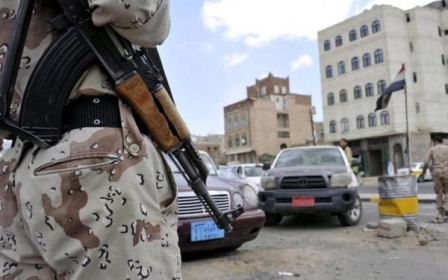