ANALYSIS: Why would Israel strike a Syrian government airbase? 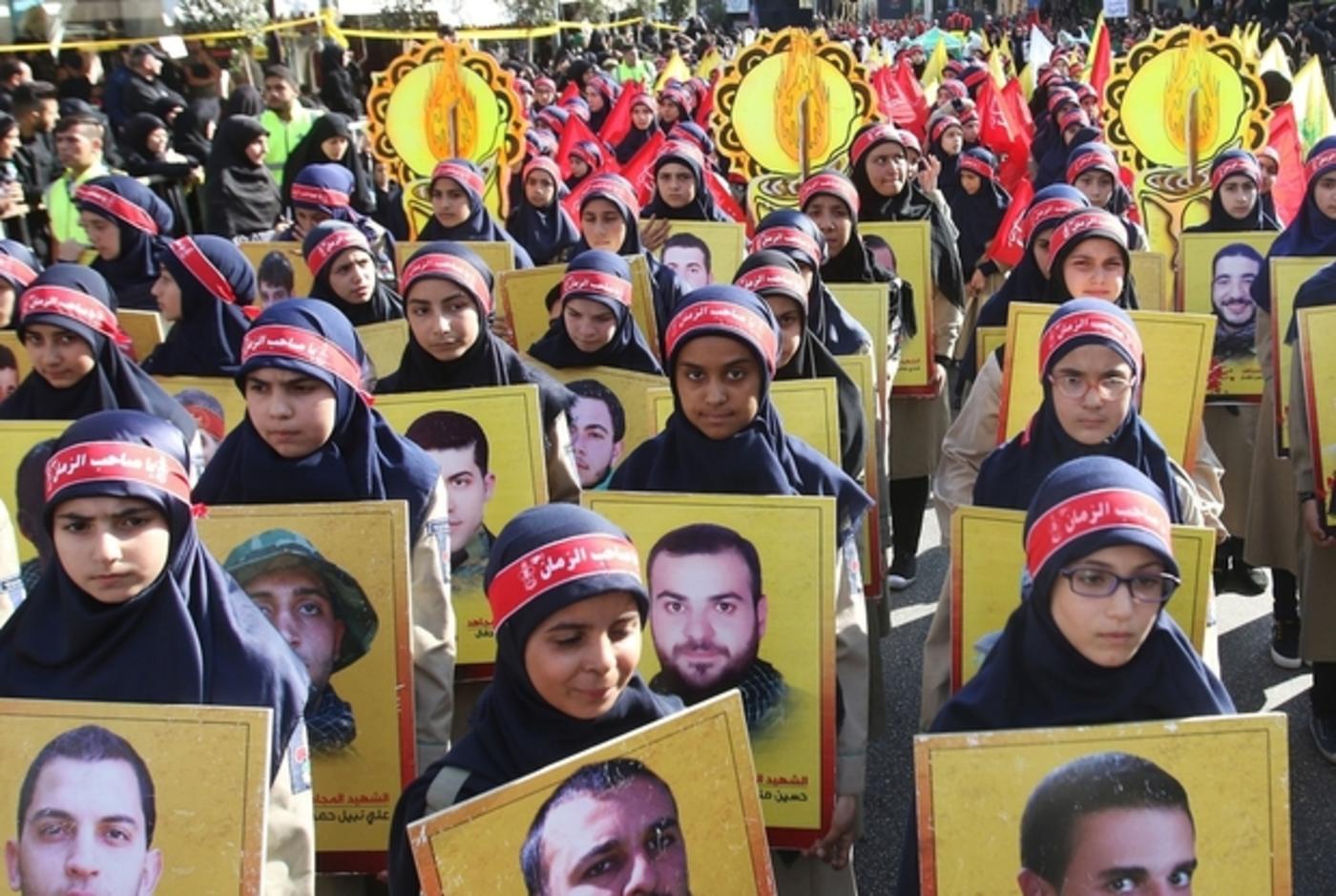 Portraits of Hezbollah fighters killed in Syria appear at an event in Nabatieh, Lebanon in October 2017. Hezbollah and Iranian fighters were reportedly present in the T4 airbase in Homs (AFP)
By
Areeb Ullah

In the dead of night, as Syrian civilians in Douma reeled from the effects of yet another chemical attack, an assault began on a government airbase just outside of Homs.

Fourteen fighters, including several Iranian troops, were killed in the attack on the Syrian Tiyan facility, also known as T4, on Monday, according to the UK-based Syrian Observatory for Human Rights.

Forces from Russia and Iran, which are allies of the Syrian government, as well as personnel from Iranian-backed Hezbollah, are known to have had a presence at the base.

Moscow and Damascus say that Israel carried out the strike, something Israel has yet to say it did, although in the past it has admitted to carrying out attacks inside Syria.

Israel is concerned about Syria getting out of control, especially when the Syrian regime is being supported massively by Israel's enemy

Experts believe that the strike was less to do with events on the outskirts of Damascus - and more with Israel's desire to contain Iran. Here are some ideas behind that reasoning:

Leila al-Shami, the co-author of Burning Country: Syrians in Revolution and War, said that the attack was due to Israel's own internal security considerations rather than the massacre in Douma.

"Most of the time Israel has been involved [in Syria] it has been to do with their security priorities," she said. "Assad being in power has, by and large, been useful for Tel Aviv as it has been quiet on Israel's border.

"The Israelis have never had an agenda to see the fall of Assad, or support the Syrian people's calls for democracy. But I do believe it is concerned about Syria getting out of control, especially when the Syrian regime is being supported massively by Israel's enemy."

'This is nothing new'

In February, Israel said it launched multiple air strikes against air defences and Iranian targets inside Syria. Among the targets was the T4 airbase, after it said it had intercepted an Iranian drone on the Syria-Israel border.

A former Israeli security operative, who wished to remain anonymous, told MEE that a build-up of Iranian troops and weaponry is a "red line" for Israel.

"This air strike has nothing to do with the chemical attack, but if it is interpreted as such, then fine. Israel will benefit and be seen as the good guy," the operative told MEE.

"Israel has been bombing targets inside Syria throughout the civil war. This is nothing new. This base, in particular, is a hub for the Iranians. And for Israel, any build-up by Iran on its borders is an automatic red line."

The trilateral summit between Iran, Russia and Turkey in Ankara last week also raised the question of Iran possibly gaining further influence in the region.

This strike, more than anything, is Israel's way of sending a message to Iran

Mehdi Beyad, a Middle East analyst who focuses on Middle Eastern geopolitics at the School of Oriental and African Studies in London, believes the meeting helped solidify Iran's "strategic advantage" in the region.

"It's useful to see the strike in the context of the recent trilateral negotiations," Beyad said.

"Israel's strategic hopes of undermining a regional tilt towards Iran have been continually dashed, from relying on the US to relying on Russia to keep the balance of power in check."

Beyad said that Israel was now trying to address the deterioration of its strategic posture, and the consolidation of Iran's, through these sort of strikes.

"This strike, more than anything, is Israel's way of sending a message to Iran, and crucially, everyone else, that they are adamant to prevent the development of an Iranian military infrastructure in Syria."