IS has claimed responsibility for the attack, while Tunisian PM says gunmen not linked to known group As the dust was beginning to settle after two gunmen attacked Tunis’s Bardo National Museum and killed 17 tourists, nine people suspected of links with the gunmen were arrested, the presidency announced Thursday.

"Security forces were able to arrest four people directly linked to the (terrorist) operation and five suspected of having ties to the cell," it said in a statement, without giving details.

The presidency did not identify the suspects or say what role they played in the deadly attack that took place on Wednesday afternoon.

But it stressed Tunisia was facing "exceptional circumstances" and that "terrorist operations have now moved from the mountains to the cities".

It announced measures to bolster the armed forces and police and to reinforce security along porous borders with conflict-hit Libya and Algeria.

Meanwhile, Tunisian Prime Minister Habib Essid said neither of the two gunmen killed in the attack had been linked to any known terrorist group.

Officials identified the gunmen, as Yassine Laabidi and Hatem Khachnaoui. However one of the men had previously caught the attention of the Tunisian intelligence services, reported the New York Times.

Essid said that the Tunisian authorities were working with other governments to learn more about the backgrounds and motives of the two gunmen.

But in an audio statement released on Thursday, Islamic State (IS) allegedly claimed responsibility for the attacks, which according to some experts could be credible.

In a tweet, JM Breger, non-resident fellow at Brookings said that the distribution channels of the audio statement suggest that the statement could in fact be true.

The distribution channels on the ISIS claim of the Tunisia suggest the claim is credible.

European Union foreign policy chief Federica Mogherini on Wednesday blamed IS for the attack, saying that the “Daesh terrorist organisation is once again targeting the countries and peoples of the Mediterranean region".

"This strengthens our determination to cooperate more closely with our partners to confront the terrorist threat," she added.

Analysts questioned Mogherini's assertions at the time, saying that Tunisia faces a broad range of threats and that the attack could have been carried out by local militant groups and was not necessarily the work of IS.

Instead, many analysts have pointed fingers towards a group linked to al-Qaeda in the Islamic Maghreb (AQIM) called the Uqba bin Nafie Brigades.

According to Aaron Zelin of the Washington Institute, Uqba bin Nafie Brigades “Purportedly combines local recruits from the Western Tunisia’s Kasserine area and some members of Ansar al-Sharia in Tunisia, a Salafist movement that has expanded its outreach in Tunisia.

Although no official statement had been made by the group, local observers highlighted that an audio released on Tuesday, in which a prominent member of AQIM, Wanas al-Faqih, called for attacks against Tunisia could be proof of the group’s responsibility for the attack.

Imad Mesdoua, a political analyst at Africa Matters, who focuses on the North African region, said: “Many people have jumped on the IS bandwagon..but this could be premature.”

Mesdoua believes that the attack could have been carried out by a various number of militant groups in Tunisia, or even lone wolves.

Furthermore, the instability in neighbouring Libya has prompted many observers to raise a spill-over effect as a general point of concern.

“Due to the country’s instability, Libya has become a safe haven for several terrorist groups. This instability may have a knock on effect over neighbouring countries as Libya is used as a training ground for many of these groups,” Mesdoua told MEE.

A Tunisian militant leader, Ahmed Rouissi, was recently killed in Libya where he had been fighting alongside an affiliate of IS, and fears have mounted that returnees could stage attacks on Tunisian soil.

The atmosphere remains tense in the Tunisian capital as security forces continue to deploy across the city, while members of the public have expressed fears of an ensuing attack.

Still fresh in Tunisians' minds is the political upheaval that followed high-profile assassinations of two politicians in February 2013.

While Jeddou named Hakim as the main suspect, several other individuals were also said to be suspected of being involved, including Kamel Gadhgadhi, a senior leader of Ansar al-Sharia Tunisia, apparently suspected of killing Belaid.

The assassinations triggered large-scale protests in the country and plunged the country into political turmoil which led to political crisis that brought down Islamist Prime Minister Hamadi Jebali.

In 2013, the assassinations threatened to derail Tunisia's political progress toward national reconciliation as it is considered by many as the lone Arab Spring success story. For months, the legislature was shut down and its doors were closed to debate and discussion until a compromise was reached - a national dialogue which saw the Ennahda party cede power to a technocratic, non-partisan government.

“There are several members of the political elite are putting the blame on Islamists or Ennahda in specific, but there is no evidence for such claims,” said Saif Trabulsi, a Tunisian journalist who focuses on Libyan affairs.

“The incidents could potentially lead to further divisions among the political elite. National media is already creating animosity among political parties, claiming that Ennaha is responsible for the attacks,” said Sami Abrahim, a researcher focusing on terrorism at the economic and social research centre in Tunis’s Islamic university.

Foreign Policy's Brian Klass agrees: “For the most part, extremists have thus far been sidelined - but extreme elements, among both the Islamists and the old-guard secularists, will now be tempted to view this tragic event as a political gift, allowing them to grandstand, accuse their opponents, and employ divisive politics to jump-start their agendas.”

“Elements within the party of newly elected president Beji Caid Essebsi will certainly call for a robust authoritarian crackdown.”

Furthermore, the attacks may influence the passing of a proposed anti-terrorism law that has been on the table for a while, potentially impacting freedoms and human rights.

To watch: how today's attack will affect Tunisia's proposed anti-terror law, its impact on freedom of speech & if/how Libya was involved

“After this attack, the parliament will probably move quickly to pass the anti-terrorism law,” said Abrahim.

“Controversy over striking a balance between human rights and freedoms on one side and security on the other, has delayed the law being passed till now. We now fear that the incidents can be used to weigh on security at the expense of rule of law,” he added. 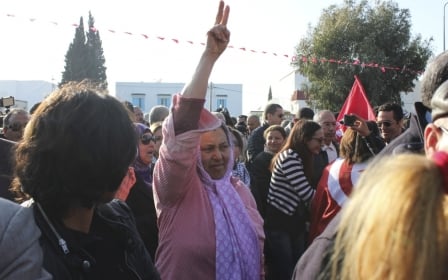