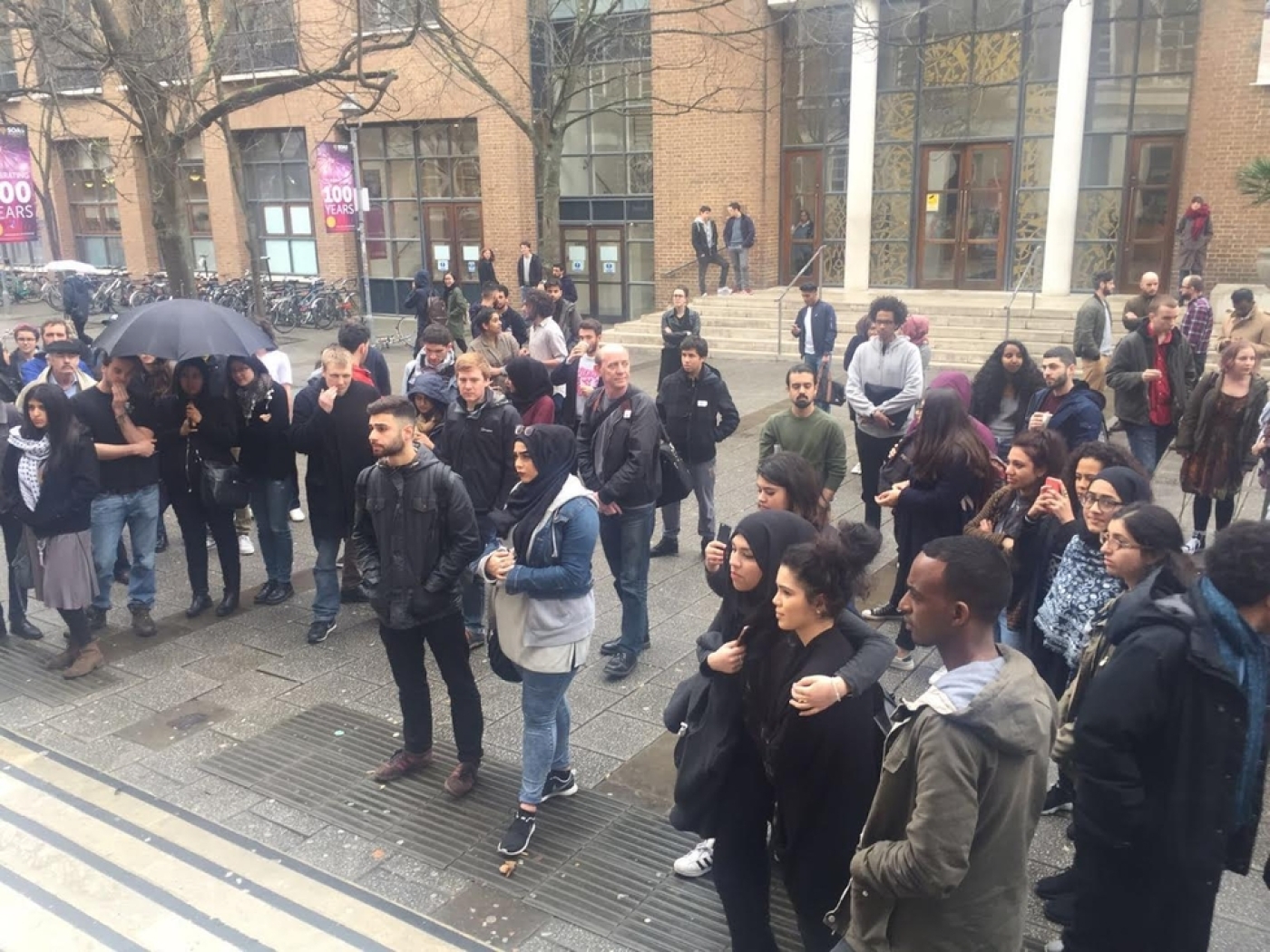 Students at London's School of Oriental and African Studies (SOAS) on Thursday called for the director of the university to apologise for meeting Mark Regev, Israel's newly appointed ambassador to the UK and a former Israeli government spokesman.

Protesting outside the office of Valerie Amos, SOAS's director, students accused her of a “lack of respect” and of violating the principles of the Boycott, Divestment and Sanctions (BDS) movement, which SOAS students, academics and staff voted to support in an unofficial referendum last year.

“Our very own director, who represents the university, has shown a lack of respect for the democratic wishes of the students,” Celsabil Hadj-Cherif, a student of law and politics, told Middle East Eye.

“We voted overwhelmingly in favour of BDS. Yet we now have an apologist for war crimes, who made excuses for the killing of women and children in the 2014 Gaza war, visiting SOAS.

“Many students here are from Palestine – they don’t feel comfortable having this person on campus. We are demanding an apology, and we are demanding transparency. And we want full implementation of BDS.”

A statement signed by more than a dozen student societies condemned the meeting, which they called “an act of normalisation with Israel”.

They also accused SOAS's management of refusing to accept the result of the referendum and of “failing to comply with student democracy”.

“The student societies that supported the BDS referendum have made effort after effort to engage management in an attempt to ensure that the governance of the university is kept democratic and have only been met with intimidation and aggression,” the statement said.

In the referendum organised by SOAS's student union last March, almost three-quarters voted in support of a boycott of Israeli universities.

But opponents of the result said that only a third of SOAS community members had voted and that the campaign had been conducted in an intimidating atmosphere.

In a statement, SOAS's management said the poll had not been endorsed by SOAS, and the school had no legal obligation to act on the result of the vote.

Students also chanted: "Hey Valerie, You will see, Palestine will be free!"

London-based SOAS is considered a world-leading institution for the study of Middle Eastern affairs and is home to research centres for both Palestinian and Israeli studies.

The protests at SOAS come just three days after Regev formally took up his new diplomatic post in London.

On Wednesday, he said that he had had a "good meeting" with Amos, and tweeted a picture of the pair.

Prior to his move to London, Regev was the chief spokesman for the Israeli prime minister from 2007 to 2015 and made regular media appearances during Israel's 2014 war in Gaza.

The Israeli embassy's website describes him as "one of Israel's mos​t recognised voices across the English-speaking world".

SOAS had not responded to requests for comment at the time of publication.