Gaza zoo devastated by war with many of the animals dead, sick or traumatised 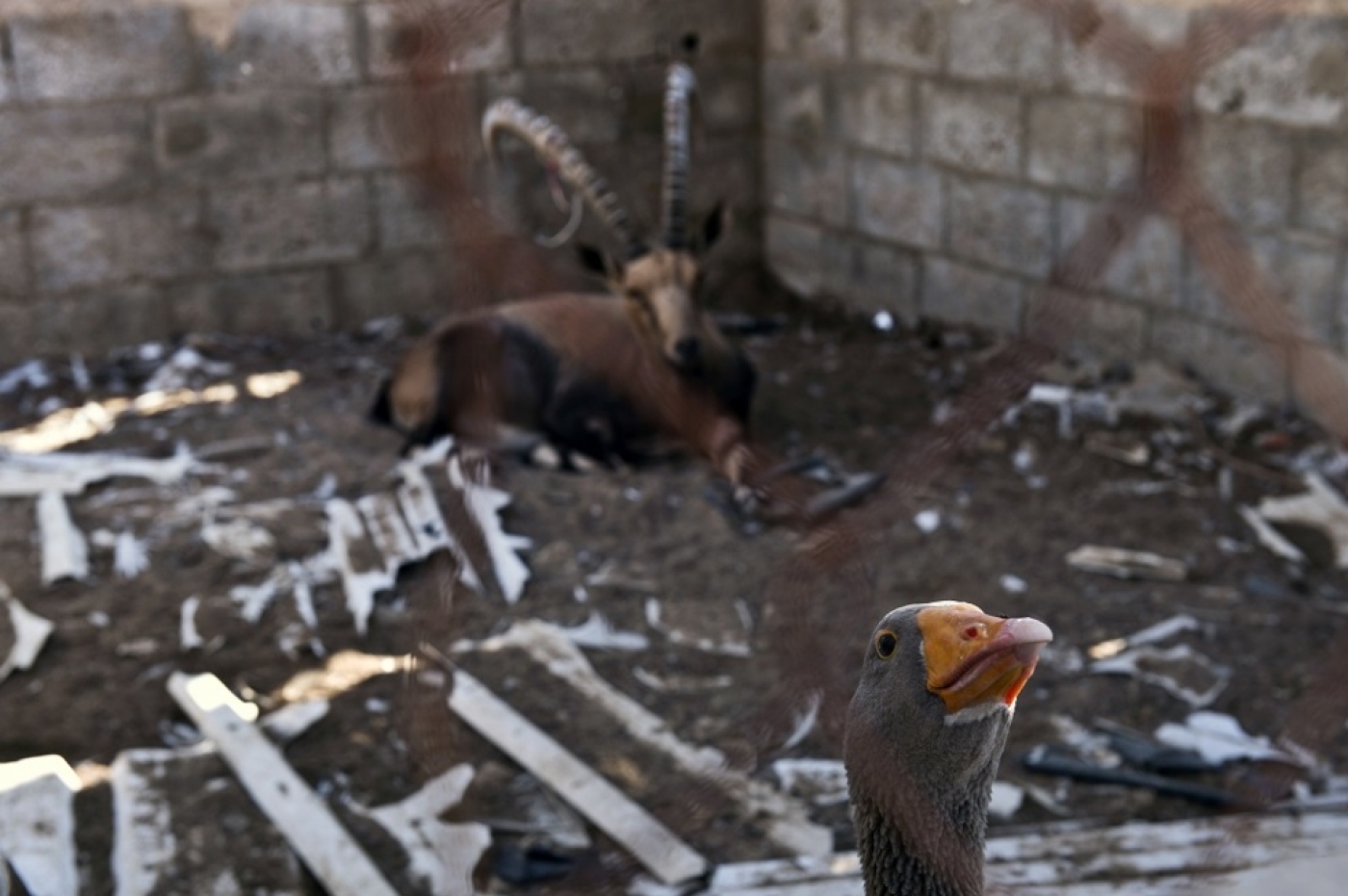 GAZA CITY - The lions sit dazed in the shade of their damaged pen, while nearby the decayed carcases of two vervet monkeys lie contorted on the grass of a Gaza zoo.

The animals were caught in the crossfire in over a month of fighting between Israel and Hamas that killed more than 1,960 Palestinians and 67 people on the Israeli side.

In one enclosure at the zoo a fly-covered pelican huddles in the corner with a duck. Opposite, a small crocodile sits motionless in an inch of stagnant water, next to the rotting corpse of a stork.

A gazelle shares another pen with a goose.

Around the corner, a baboon picks listlessly at the ground of the tiny pen it shares with the dried-out remains of another monkey.

Everywhere, there is a sickly stench from the animals' cages, which have not been cleaned for weeks.

Shadi Hamad, the park's director, said the zoo was damaged and that the animals died as a result of Israeli air strikes.

An Israeli army spokesman told AFP that the military was looking into allegations that it fired missiles in the al-Bisan park area.

The zoo - part of Bisan City - was built by the Hamas government in 2008 as a tourist village to give Gazans some relief from the hardships of life in the Strip. The zoo was also fitted with a cafeteria and tables where families could sit and relax.

The animals were all smuggled through tunnels that connected Egypt to Gaza, before the passages were shut last year with the ouster of Egyptian president Mohamed Morsi, a key Hamas ally.

Now, Bisan is far from relaxing, with the wire of its enclosures twisted and crushed, debris and dead animals strewn around, and the remains of rocket launchers lying nearby.

"Before the war the area was very beautiful. There were trees, lots of greenery, palm trees. It was an area for children, there were playgrounds and areas for families," zookeeper Farid al-Hissi said.

Hissi got his job at Bisan after working in a zoo in Israel and because of his love for animals.

The death of the animals he cared for has clearly left him in a state of shock.

"Eight monkeys were killed, and an ostrich was killed too. The lion's enclosure was wrecked and the zoo was completely destroyed. The Bisan zoo was totally devastated," he said.

The administrative centre has been flattened and some of the palm trees lining the avenue from the entrance down to the animal enclosures have been uprooted.

The destruction to the zoo has shaken Hissi badly.

"You can see that the cages for the animals are badly damaged. When you see it, it makes you sad because they are in a jail now," he said, standing by the lion enclosure.

A lion and lioness lie in a steel pen inside their enclosure, the roof of which has collapsed from the force of the nearby explosion.

They make little noise, standing only when Hissi tosses in a couple of dead chickens.

Hissi was insistent there had been no Hamas weapons inside the zoo.

But buckled rectangular metal rocket launch systems lay among the debris on the edge of the park, near a large building that was also hit by Israeli air strikes. Some appeared still to be loaded with rockets.

Hamad, the park's director, was adamant that the rockets had not been fired from inside the park.

"Maybe there was a base around Bisan village or next to it. But the enemy decided and insisted on punishing Bisan village," said the neatly-dressed director.

"They punished the park for the presence of the rockets nearby but not inside the village," he said.

The Jabaliya area north of Gaza City is home to the Strip's second park, the Jabaliya Zoo, which escaped major damage.

Completed just six months ago, the park's exhibits range from pigeons and a German Shepherd in cages to six lions. All were also smuggled through tunnels from Egypt.

Although the park in Jabaliya was relatively unscathed, bombardment had impacted on the animals psychologically.

"It was the noise that really affected the animals here. The sound from the bombing terrified the animals. When the birds heard the shelling they would take flight and flap around the enclosure in panic because they were so scared," said Aamir Abu Warda, director of the Jabaliya park.

"The continuation, the repetition of this killed several birds, and other animals abandoned their young ones, some of which died," he said.