Another US appeals court refuses to reinstate Trump travel ban

Ninth Court of Appeals deals another blow to Trump's 'thinly veiled Muslim' ban, which is set to be evaluated by Supreme Court A California-based federal appeals court on Monday dealt President Donald Trump another setback, refusing to revive his travel ban on people entering the United States from six Muslim-majority nations in a dispute headed to the US Supreme Court.

The Ninth US Circuit Court of Appeals in San Francisco largely left in place a ruling by a federal judge in Hawaii that blocked the president's 6 March travel ban order, which Trump said was urgently needed to prevent terrorism in the United States.

A second court, the Richmond, Virginia-based Fourth US Circuit Court of Appeals, on 25 May upheld a Maryland judge's ruling that also blocked parts of the order.

Even before Monday's ruling, the case was on the fast-track to the Supreme Court, where the Trump administration on 1 June filed an emergency request seeking to reinstate the executive order.

Hawaii federal Judge Derrick Watson blocked the executive order barring travellers from Libya, Iran, Somalia, Sudan, Syria and Yemen for 90 days while the government put in place stricter visa screening. Watson also blocked a directive that suspended entry of refugee applicants for 120 days, as well as other instructions for the government to study tougher vetting procedures.

The Ninth Circuit upheld the block on Trump's travel ban and a cap on refugees. However, the appeals court vacated part of the injunction in order to allow the government to conduct internal reviews on vetting procedures.

The court also declined to decide whether the order, which has become known as the “Muslim ban,” violated the US Constitution by discriminating against Muslims, ruling instead that it violated immigration law.

Lawyers for Hawaii, which challenged Trump's ban in court and won a nationwide injunction blocking it, said in court papers filed with the Supreme Court on Monday that his executive order is a "thinly veiled Muslim ban".

The March ban was Trump's second effort to implement travel restrictions through an executive order. The first, issued on 27 January, led to chaos and protests at airports and in various cities before it was blocked by the courts.

The second order was intended to overcome the legal issues posed by the original ban, but it was blocked by judges before it could go into effect on 16 March.

The state of Hawaii filed a court challenge, arguing that its universities and tourism industry had been harmed by the travel ban.

Hawaii's suit and a similar one filed by individuals in Maryland argued that the order violated federal immigration law and a section of the US Constitution’s First Amendment, which prohibits the government from favouring or disfavouring any particular religion.

In deciding whether to allow the ban to go into effect, the Supreme Court is set to weigh whether Trump's comments as a presidential candidate can be used as evidence that the executive order was intended to discriminate against Muslims in violation of the First Amendment ban on the government favouring one religion over another.

Monday's ruling also provides a roadmap for the court to avoid the constitutional issue.

During the 2016 presidential campaign, Trump called for a "total and complete shutdown of Muslims entering the United States".

Monday is the deadline for the ban's challengers to respond to the administration's request that the order be allowed to go into effect.

The American Civil Liberties Union, which represents people challenging the ban in a separate Maryland case, filed court papers urging the court not to hear that case, saying that the 90-day ban will become moot on Wednesday, 90 days from when the order was issued.

We must stop being politically correct and get down to the business of security for our people. If we don't get smart it will only get worse

Trump described the measure, which replaced an earlier 27 January order that also was blocked by courts, as a "watered down, politically correct" version of his original plan.

Hawaii's lawyers said that Trump has made "a series of barely veiled statements linking the orders to his promised Muslim ban". If he had not done so, the order may not violate the Constitution, the lawyers said.

The administration has said courts should not second-guess the president's assertion that the ban was needed for national security reasons.

The Supreme Court could act on the administration's request as soon as this week. Islamophobia
Anti-Muslim rallies across US denounced by civil rights groups 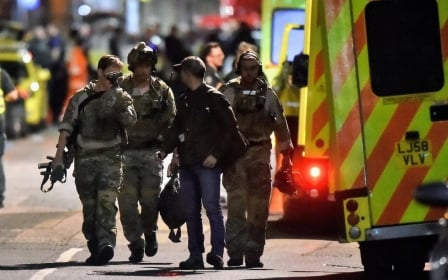