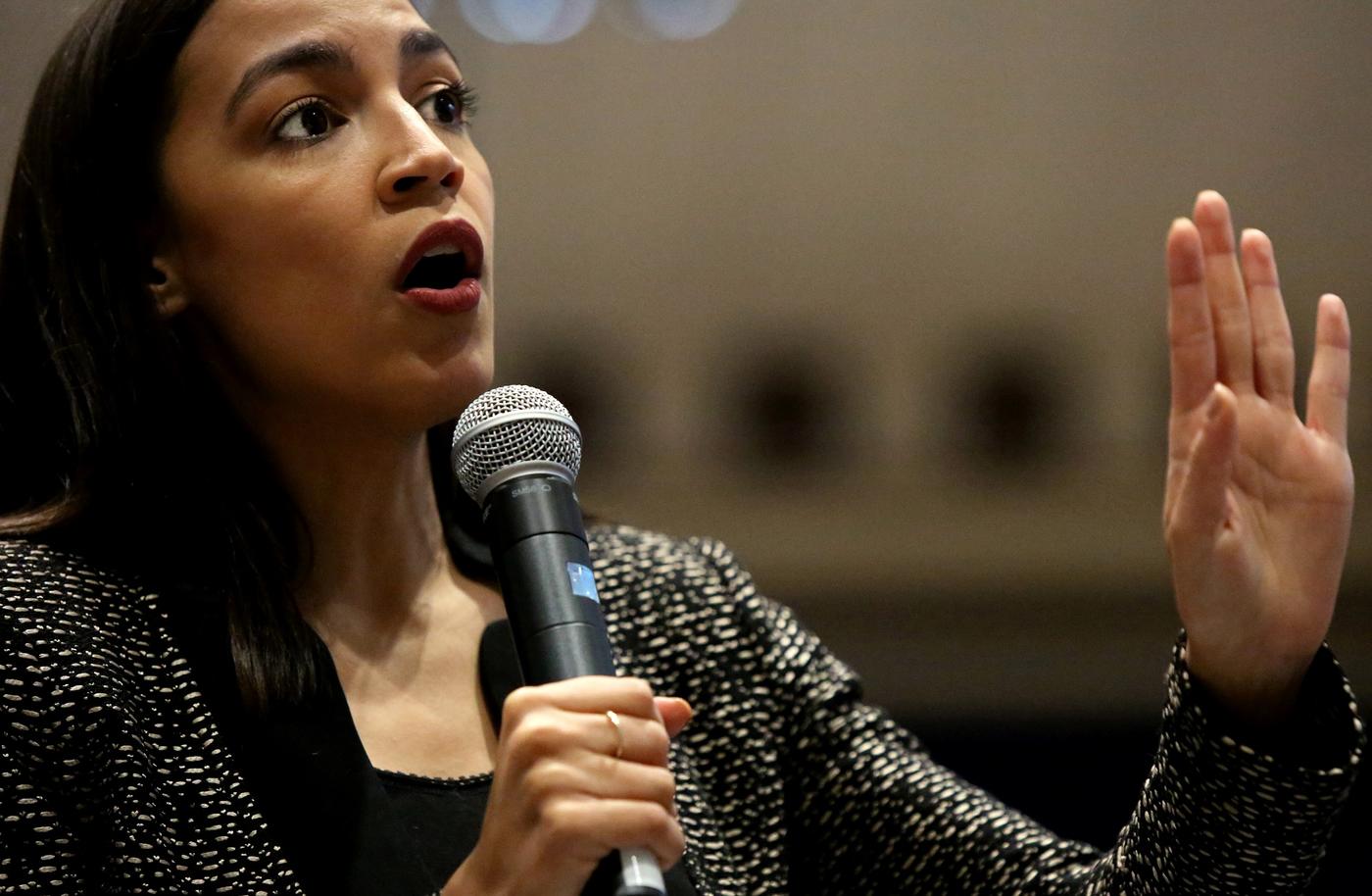 More than a dozen US legislators have released a letter pledging to "pursue legislation that conditions" Washington's military aid to Israel to ensure that Americans "are not supporting annexation in any way".

The letter, spearheaded by prominent progressive Congresswoman Alexandria Ocasio-Cortez (AOC), warned Israel of potential consequences if it proceeds with its stated plans of annexing parts of the occupied West Bank.

The statement, addressed to Secretary of State Mike Pompeo and released on Tuesday, urges the US chief diplomat to make it clear to the Israeli government that annexation would be "unacceptable". "At a time when the American people are taking to the streets to demand justice for all in our own country, there is no question but that such an action would alienate many US lawmakers and citizens," the letter said, referring to renewed racial justice protests following the killing of George Floyd last month.

"Members of Congress should not be expected to support an undemocratic system in which Israel would permanently rule over a Palestinian people denied self-determination or equal rights."

It comes less than 24 hours before the 1 July deadline that the government of Prime Minister Benjamin Netanyahu has set for beginning the process of annexation. The scope of the Israeli plan remains unclear, but the US legislators stressed that it is in violation of international law.

"Annexation is specifically prohibited because it incites armed conflict, political and economic instability, systematic human rights abuses, and, most importantly, legitimizes the erasure of identity," the letter said.

"There is no question that the acre by acre de facto annexation since 1967 for the purpose of new Israeli settlements is a blatant attempt to suppress Palestinian identity and nationhood."

Tuesday's statement stands in stark contrast with previous pronouncements against annexation by Democrats in Congress.

Whereas US legislators have warned over the past few weeks against the harm that annexation would cause to Israel, Ocasio-Cortez's letter centres on Palestinian suffering and the illegality of annexation as the driving forces behind the efforts to prevent Israel from going through with its plans.

The American Israel Public Affairs Committee (AIPAC) was quick to denounce the letter even before it was officially released.

The Democratic Majority for Israel, an AIPAC-linked group that advocates support for Israel within the Democratic Party, also rejected the statement, urging members of Congress against signing it.

Congresswoman Tlaib, who is of Palestinian descent, said the Israeli government wants to use American taxpayers' money to formalise "apartheid".

"The implementation of that system would mean our tax dollars – instead of being used to fund health care or replace lead water pipes - would be used to perpetuate and entrench human rights violations in Palestine, including limitations on freedom of movement, further expansion of illegal land theft, home demolitions, and cutting off access to critical resources like clean water," Tlaib said in a statement.

"We are coming together as progressive lawmakers today to clearly say: enough is enough."

Jayapal, who is the co-chair of the Congressional Progressive Caucus, said US lawmakers would "forcefully" respond to Israel's annexation plans in order to uphold international law.

"There is no special relationship where US funding should be used to further human rights abuses and violations of international law," the congresswoman said in a statement.

Beth Miller, government affairs manager at JVP Action, a political advocacy group linked to Jewish Voice for Peace, said the significance of the letter cannot be overstated in that it sets a "new bar" for Congress.

'History will look back on this moment, and it will see who in Congress took action and made consequences and who thought that expressing concern was enough'

"These progressive leaders in Congress are showing the way for the rest of their progressive colleagues," Miller told MEE.

"They are drawing the lines in the sand and saying very clearly that we cannot just oppose annexation in word; we have to also oppose it in deed. And if we don't take action, we are essentially being complicit in Israel's intent to illegally annex the West Bank."

She urged other Congress members, specifically progressives, to endorse the letter.

"Now is your moment. We have a lot of progressive voices in the House that were not on this letter. It was a quick turnaround letter. There's many reasons they may not be on it, but it's not too late," Miller said.

AOC's statement on Tuesday follows a letter signed by 191 House Democrats that warned Israel against annexation by focusing on how the move would jeopardise its relations with Europe and the Arab World without outlining any real consequences for its relationship in Washington.

Three staunchly pro-Israel top Democrats in the Senate, including Minority Leader Chuck Schumer, urged Israel against annexation as "strong and dedicated supporters of the US-Israel relationship".

'American taxpayers shouldn’t be supporting policies that undermine our values and interests, in Israel, in Palestine, or anywhere'

"Both Israel and the Palestinians must avoid unilateral moves in order to preserve prospects for an eventual peace," Harris said in a statement on 16 June.

Biden himself has come out forcefully - albeit in words only - against annexation, saying it would  "choke off any hope of peace". His campaign, however, has repeatedly ruled out conditioning US aid to Israel.

President Donald Trump released earlier this year a proposed solution to the conflict that would allow Israel to keep all of its illegal settlements in the West Bank.

His administration has not publicly endorsed unilateral annexation, but most members of his Republican Party in the House of Representatives have effectively endorsed the Israeli plan.

"We write to reaffirm the unshakeable alliance between the United States and Israel, to emphasize that Israel has the right to make sovereign decisions independent of outside pressure, and to express our support for you as you make such decisions in your capacity as Israel’s democratically-elected prime minister," a letter addressed to Netanyahu and signed by 120 House Republicans said earlier in June.

"Our Jewish values compel us to do everything in our power to stop annexation and end the occupation, and we are excited to walk hand in hand with these leaders as we move towards that vision," Mayer said in a press release.

"It is time to stop holding America’s number one recipient of military funding - Israel - to a lower standard than we hold all other countries, exempting it from consequences when it violates our most basic values."

Senator Sanders, who is Jewish American, echoed the call for a just resolution that ends the occupation and ensures freedom and security to Palestinians and Israelis. "Conditioning US aid is one of the tools we can use to help achieve this goal. American taxpayers shouldn’t be supporting policies that undermine our values and interests, in Israel, in Palestine, or anywhere," he said.

Simultaneously with AOC's letter, more than 1,000 alumni of J Street U - the student arm of the liberal Jewish group J Street, which dubs itself as pro-Israel and pro-peace - released a statement urging the group "to support legislation that would reduce American military assistance to Israel should it decide to unilaterally annex large parts of the West Bank".

"As Israel makes final preparations to annex the West Bank, we find ourselves in an unprecedented moment," the statement said.

"Annexation would enshrine into law Israel’s existing policies of discrimination and violence against Palestinians, settlement expansion, and so much more. If there was ever a decisive test for the progressive movement, this is it." 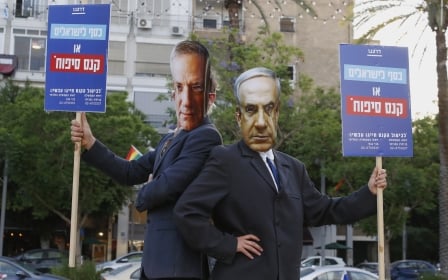 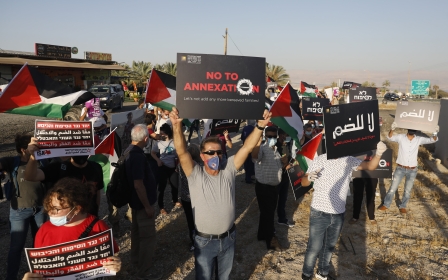