While Donald Trump has tightened his grip, Democratic frontrunner Hillary Clinton won Mississippi but lost in Michigan to Bernie Sanders Sanders had an especially strong showing in Dearborn, the southeastern Michigan city known for its large Arab-American population.

The former secretary of state slumped to defeat in the industrial rust belt state, where Sanders snagged 49.9 percent of the vote compared to Clinton's 48.2 percent with almost all precincts already reported.

"This has been a fantastic night in Michigan," Sanders said shortly before the race was called in his favour.

“What tonight means it that the Bernie Sanders campaign, the people’s revolution that we are talking about, is strong in every part of the country and frankly we believe that our strongest areas are yet to happen,” said the senator in Miami.

Days before the primary, polls showed Sanders to be 20 points behind Clinton in Michigan.

However, Clinton handily defeated her rival in the southern state of Mississippi, thanks to a strong turnout by African-Americans.

And despite the upset, Clinton received a psychological boost by passing the half-way point in the race to reach the 2,382 delegates needed to win the Democratic nomination.

Nevertheless, even with the delegate maths in Clinton's favour, Sanders's strong showing will reinvigorate his campaign, and raised questions about her ability to win key industrial states in the general election, such as Michigan, Ohio and Pennsylvania.

Sanders, a US senator from Vermont and self-described democratic socialist, has energised young voters with calls for greater economic equality and denunciations of what he sees as a corrupt US political system.

Meanwhile, Trump shrugged off a barrage of negative advertising and intense efforts by the party establishment to derail his White House campaign to win primaries in Michigan and Mississippi, signalling to his rivals he can survive anything they throw at him.

He scored three major victories on Tuesday in the states of Hawaii, Michigan and Mississippi, extending his lead in the US presidential nominations race ahead of crucial contests next week.

"Thank you Hawaii," the billionaire frontrunner tweeted as the race was called in the state, one of four holding Republican contests Tuesday.

It was not a clean sweep for Trump, however. He came second to Senator Ted Cruz, his nearest Republican competitor, in Idaho.

"Thank you Mississippi!" Clinton and Trump posted in identical tweets.

Clinton has now won 12 out of 21 contests, with Trump prevailing in 14 out of 22 races as the two inch closer to the tipping point in their respective nomination races.

US networks called the Gulf state of Mississippi for Clinton immediately after polls closed there, with exit polls reportedly showing very high participation among African-American voters.

Blacks comprised a stunning 69 percent of the Democratic vote there, with an overwhelming 89 percent of that demographic casting ballots for Clinton.

Mississippi Republican voters are also overwhelmingly evangelical, a group Trump has claimed to do well with.

Senator Ted Cruz, who has emerged as the most viable alternative to Trump at least in terms of the all-important delegate count, was third. Marco Rubio, the senator whom mainstream Republicans rallied behind as the man to topple Trump, trailed in fourth.

"They didn't do so well tonight, folks," Trump said in a victory speech in Florida.

"Only one person did well tonight: Donald Trump."

In a somewhat bizarre scene, Trump spent several minutes hawking his products - a steaks company, a winery, Trump vodka, even his Trump University - which establishment critics had berated as examples of failed Trump businesses.

But the big prizes for both parties in terms of delegates and visibility unquestionably are Michigan and Mississippi - two diverse states with different economies and demographic makeup.

With his latest big wins - claiming 47.3 percent in Mississippi and 36.5 percent in Michigan based on near-final results - Trump solidifies his claim to have the broadest appeal among the Republican electorate as he marches toward the nomination.

But a new Washington Post poll of Republican-leaning registered voters shows Trump with 34 percent support, compared with 25 percent for Cruz, 18 percent for Rubio and 13 percent for Kasich.

That is a tighter race than in January, when the Post showed Trump up 16 points against Cruz and 26 against Rubio.

But Trump has tightened his grip on the lead, winning 14 out of 22 state contests so far, in regions as varied as the industrial northeast and the deep south bible belt.

Cruz, the 45-year-old champion of the religious right, Cruz has done well in delegate-rich Texas and nearby states and is nipping at the billionaire real estate mogul's heels.

Rubio, 44, has the backing of the mainstream Republican anti-Trump camp - which sees Cruz as too uncompromising to unite the Republican Party - but he has underperformed and trails in third place. 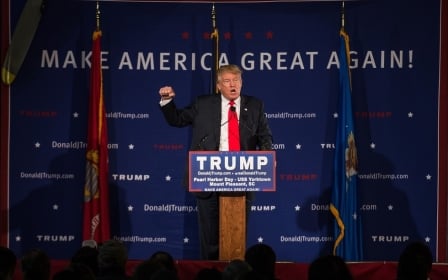 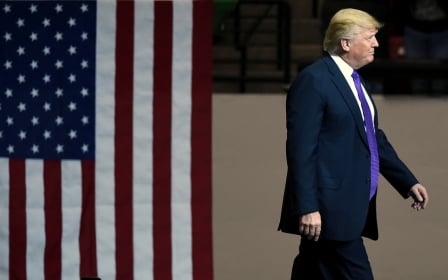