Egyptians rushed to stockpile on food ahead of Friday's anticipated demonstrations against President Abdel Fattah el-Sisi, according to Al-Arabi Al-Jadeed.

Many people feared that shops and markets would be forced to close if protests broke out across the country, the London-based newspaper reported.

With Sisi's supporters and opponents both on the streets in Cairo and elsewhere on Friday, many were concerned that clashes would erupt between the opposing parties, the newspaper wrote, exacerbating an already tense situation in Egypt.

Arab states are backing a comprehensive peace process that would secure the establishment of an independent Palestinian state within the pre-1967 borders, with East Jerusalem as its capital, Jordanian Foreign Minister Ayman Safadi said, according to Al-Quds Al-Arabi.

Asked whether Jordan and Palestine are left alone against the so-called "deal of the century", referring to US President Donald Trump's long-delayed plan for Israeli-Palestinian peace, Safadi replied:

"The Arab stance with regards to the Palestinian issue is united and reinforced by several Arab meetings and summits, the last of which was held in Saudi Arabia, before the Arab League meeting."

Safadi said a high-level ministerial meeting was held at the United Nations in support of UNRWA, the agency that aids Palestinian refugees.

"It was very well attended and the support of UNRWA was evident through the political speeches and financial pledges that will help the agency overcome budget deficiency which amounted to $20 million in 2019."

An Algerian court has sentenced seven leading figures in the former government of toppled president Abdelaziz Bouteflika to a total of 120 years in jail, Echourouk El-Yawmi reported.

"Too bad that they had to be punished at this old age," the newspaper said, implying that the convicted would most likely die in prison before finishing their sentences.

Among those convicted was Said Bouteflika, the younger brother of the ousted president and the so-called "President’s Maker", who was believed to have been the country's defacto ruler since the elder Bouteflika's health deteriorated following a stroke in 2013.

The military court ruling against the seven defendants was not just a "condemnation of Bouteflika's regime", which began in 1999, but also a "political and criminal condemnation of a regime abhorred by the majority of Algerians since the early 1990s, during the generals' coup," the newspaper wrote.

Kuwait declared itself ready once again to host fresh Yemeni peace talks similar to the failed negotiations that took place in 2016, according to Saudi newspaper Al-Sharq Al-Awsat.

Kuwait reiterated its condemnation of the attacks on Saudi oil plants, and its full support for all measures taken by the kingdom to maintain its security and stability.

Kuwait also called on the international community to shoulder its responsibilities towards protecting and securing freedom of navigation in the Gulf region, previously subject to series of sabotage attacks. 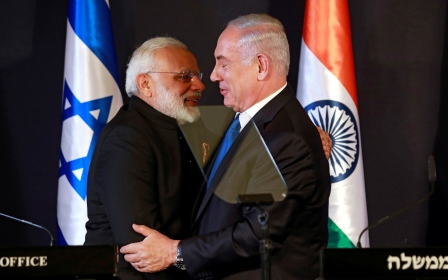