The Arab Spring has given rise to instability and promoted the rise of "terrorist" groups, Algeria’s foreign minister Ramtane Lamamra said on Tuesday.

The ideological influence of terrorist groups has been allowed to flourish in the post-Arab Spring period, Lamamra added, referring to the string of revolutions that swept through much of the Middle East and North Africa in 2011.

"Terrorist threats have become more complicated and transnational, especially in North Africa and Sahel," Lamamra said in a speech read out on his behalf by Foreign Ministry official Ahsan Boukhalqa at a forum devoted to "transnational threats".

Since early 2011, the Arab world has been hit by a series of popular revolts, which ultimately led to the ouster of autocrat strongmen in Tunisia, Egypt, Libya and Yemen and a protracted civil war in Syria. The ensuing instability, however, has encouraged a push back in many countries.

On Tuesday, a Twitter hashtag #ArabSpringBreakUpLines swept through the region, managing to gain more than 42,000 impressions in less than 24 hours with users chiming in to pour scorn on the recent elections in Syria and Egypt which have both been widely condemned by opposition forces.

Things are moving too fast, I'm not ready for this, maybe we should try seeing other dictators for a while #ArabSpringBreakUpLines

Following its first post-independence multi-party elections in 1991, Algeria underwent a more than 10 year civil war between the military and Islamist forces that were due to come into power after the vote.

Since the war officially ended in 2002 the military-backed authorities have exercised a firm grip on opposition and launched successive crackdowns on what it has deemed terrorist targets.

Algeria was one of the few MENA countries to not be heavily impacted by the tensions that arose following the 2011 revolutions, although the country has been left grappling with the consequences of increased insecurity on its borders.

Last week, Algeria announced that it was sending 5,000 troops to shore up its long porous border with Libya.

Libya is currently in the midst of a political crisis, which has seen two rival prime ministers, the incoming PM Ahmed Miitig, and the outgoing PM Abdullah al-Thinni clamber for control, while a former general Khalifa Haftar has also launched a campaign to root out what he claims are terrorist elements in the country.

In January 2013, energy-rich Algeria was hit by a terrorist attack that targeted a gas plant in close to the Libyan border and near the Algerian town of In Amenas. A total of 40 workers and 39 militants were killed during the ensuing three-day siege.

Much of the supposed terrorism activity has been blamed on an al-Qaeda in the Islamic Maghreb or (AQIM). While the network is believed to have been expanding in the region over the last decade, and has promoted US to cooperate with local partners to counter the terrorism threat, the capabilities of the group to launch large-scale attacks have been questioned in recent years.

According to a recent Congressional research report into the matter, US President Barack “Obama Administration officials have indicated in public statements that AQIM does not pose an imminent threat to the United States outside of North and West Africa, but that they remain concerned about its capacity to strike at US and other Western interests in the region, and about its role in arms trafficking and ties to other extremist groups.” Algeria Vote
Why the West is backing Bouteflika
Yasmine Ryan 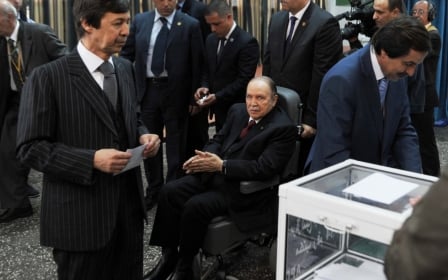