As the anniversary of the 2011 uprisings looms, Egyptian activists call for 'incorrupt people' to save the country Egyptian exiles call for 'incorrupt people' to save country

Forty Egyptian opposition figures living outside the country have called on "incorrupt people" to save Egypt, stressing there was no solution to the current crisis the Egyptian state is witnessing except the continuing revolution, according to the online news site Arabi21.

"Here we are welcoming the eighth commemoration of the great January Revolution, and we are still adhering to our vow to our revolution and people. We have trust in God almighty that this revolution will continue its path, despite all odds, and it will spread justice, dignity and freedom, it has been calling for, throughout the whole Egyptian land," the Egyptian figures said in a shared statement, a day ahead of the anniversary of the start of the January 2011 demonstrations that overthrew long-term ruler Hosni Mubarak.

"We reckon that the revolution has faced a hurdle, but we are convinced that it will overcome this hurdle as soon as possible, inspired by the experiences of other countries' people in the major popular revolutions that witnessed the same as the January revolution, and then eventually ended up with victory.

"With the eighth commemoration of the January revolution, and with the rise of the counter-revolution, the military establishment - which used to have a good reputation, winning the respect and trust of masses of Egyptians - is losing this trust from large sectors because of the involvement of its generals in the coup against the will of the people and their control over the political and economic aspects."

They added that "this severe decrease in the Egyptians' trust in their army and in their institutions warns of a threat to the state and to the people".

"The tragic image has been completed with [President Abdel Fattah] el-Sisi's admission in his interview with the CBS of his treason against the nation, his work with the Zionist entity, and the involvement of the army with him in this betrayal," they said.

A group of Moroccan citizens have signed a petition calling on Israel to stop "peddling lies" over claims for financial compensation for the "expulsion of Moroccan Jews," arguing that the Zionist movement was responsible for the emigration of Jews from Morocco to Israel after 1948, rather than being expelled, according to London-based newspaper al-Quds al-Arabi .

Morocco has been one of a number of Arab countries Israel argues owes "financial compensation" for Jews who left for the new state after 1948.

Morocco denies that Jews were forcibly displaced and points out that more than 45,000 Jews are still living in Morocco.

The petition, which was signed by Moroccan citizens, said Israeli "lies will serve to fuel hatred and extremism" and accused Israel of "brazenly trying to obscure the historical reality of Morocco".

Algeria's interior ministry has said that 62 candidates, including 50 independent names who are not members of any political party, are in the running for the country's 18 April presidential election, according to Saudi newspaper Asharq al-Awsat.

The ministry said that the 62 candidates had received forms to gather the necessary legal signatures in preparation to file their candidacy for the presidential elections.

There are "prominent figures" among the candidates, such as Ali Benflis, a former prime minister under current President Abdelaziz Bouteflika, as well as Abdelaziz Belaid, head of the Front el-Moustakbal party, which ran in the previous election coming third place.

Local media shed light on the potential candidates, the most important of whom is the retired Major General Ali Ghediri, who enjoys the support of a number of political activists, according to Asharq al-Awsat.

Two thirds of Jordanians are pessimistic

An opinion poll conducted in Jordan 200 days after the formation of the current government headed by Omar Razzaz, revealed that the majority of Jordanian citizens are pessimistic about the state of public affairs in their country.

Twenty-one percent of respondents stated that they were considering resorting to protest or demonstrations against some government policies, according to the poll which was published by the Al-Ghad newspaper.

The poll was conducted by the Center for Strategic Studies in Jordan, which is an independent but government-funded study centre.

The survey showed a four percent increase in the percentage of Jordanians who believe that the situation was moving in the right direction, compared to a poll conducted 100 days ago. 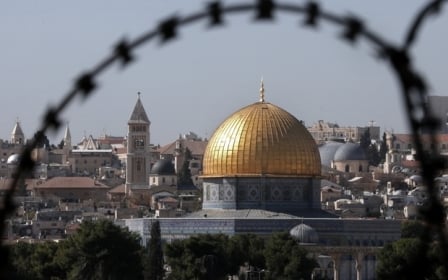 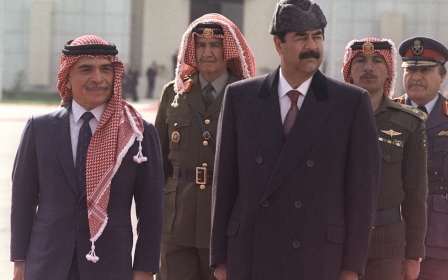