The Deputy Chief of Dubai Police, Dhahi Khalfan, published a series of tweets on the "failing" real estate market in Dubai, which is currently experiencing a major crisis.

Khalfan dubbed the real estate market in Dubai as "disastrous" and said that the sector had become a field full of losing players.

The deputy police chief noted: "We borrow...we build... Of course, the loan has interest percentage to be paid, or let us call it loan's taxes, in addition to the five percent of the VAT. Eventually, you end up receiving  11 percent of the loan and six percent of real estate profits. The whole situation is  chaotic."

The European Commission has accepted a lawsuit filed by several non-governmental organisations which accused Spain of denying education to hundreds of children of Morrocan descent in the Spanish city of Melilla.

The London-based Al-Quds al-Arabi newspaper reported that Spanish authorities had prevented thousands of minors of Moroccan descent from obtaining identification papers and living in the city.

The Lawyer's Association for Foreigners' Law, in partnership with a child rights organisation, filed a complaint with the General Authority for Migration and Internal Affairs in the European Union, saying an apartheid-like system in Melilla is being created by denying education to nearly 100 children in Melilla.

Both organisations have argued that denying education to the children is a major violation of Spanish law which states that any minor living in Spain, regardless of their legal status, is entitled to a Spanish education.

The lawsuit also noted that the children belonged to citizens of Moroccan origin who did not have full residency documents.

Prince Sultan struck an optimistic tone in his statement after reports surfaced of Bahrain, Saudi Arabia and the United Arab Emirates agreeing to participate in a football tournament set to take place in Qatar.

"Sports may repair what has been corrupted by politics, and Kuwait is now seeking to bring the views and mediation," Prince Sultan said.

US mediation in Renaissance dam talks

US officials urged Egypt to reject any Russian interference and involvement in talks between Egypt and Ethiopia over the Renaissance Dam project, according to a report by the New Khaleej news website.

Washington set the deadline for a deal to resolve the dispute over the filling and operation of the Renaissance Dam by January 2020.

The US administration is adopting a vision to solve the crisis, which stipulates that the dam will be filled within five years, except in drought periods.

In return, the United States will provide Ethiopia with a grant of one billion dollars in addition to dropping a share of the US debt owed by Addis Ababa. 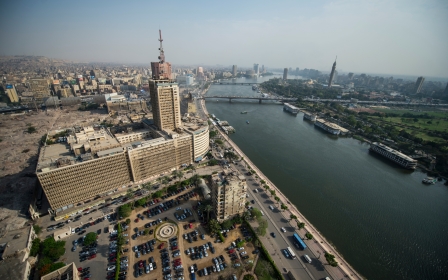