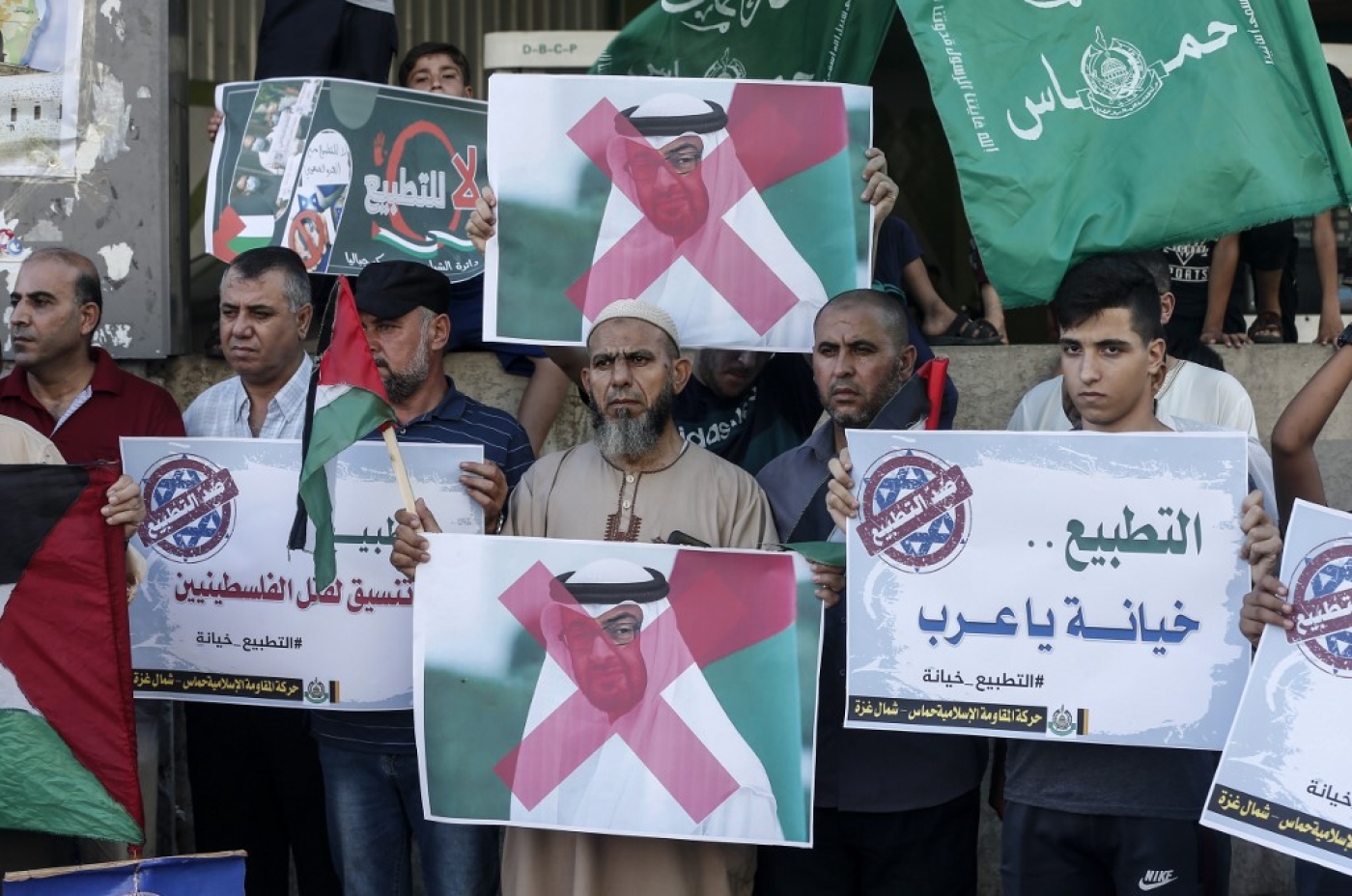 Hamas said it was closer to formalising an agreement with the Fatah-dominated Palestinian Authority, after the UAE normalised relations with Israel, according to Arabi 21.

A source inside Hamas told Arabi21 that its leadership agreed with the PA and said it could be used as a basis towards building unity between the rival Palestinian factions.

The source added that Hamas said it hoped to use its shared stance against the UAE as an opportunity for joint political action in the West Bank and Gaza Strip, stating that the current situation will not stand for further disgreements.

Arabi21 also said that Hamas would stop targeting and criticising the Palestinian Authority in its media outlets, after the PA rejected Trump's controversial Middle East plan and move to recognise Jerusalem as the capital of Israel.

The US ambassador to Kuwait, Alina Romanowski, told Kuwaiti newspaper Al-Qabas that the continued Gulf crisis "only serves [US] opponents in the region".

"The continuation of this dispute only serves our opponents in the region. Gulf unity is essential to our common interest in confronting Iran's influence and combating terrorism,” Romanowski said in an exclusive interview with Al-Qabas.

The ambassador also said that Kuwait is an active member in the international alliance to defeat the Islamic State group, and that their partnership in fighting terrorism continues even after the defeat of IS in Iraq.

The Israeli economy, especially the arms industry, has received a much-needed boost after Israel signed a deal with the UAE, a report published by the London-based Al-Araby al-Jadeed cited Israeli media as saying.

The report noted that the Tel Aviv stock exchange reacted positively to the normalisation agreement with Israeli shares rising in the first day after the agreement was signed.

It also said Israeli companies expected to work in the UAE market recorded a big rise, especially ElBit Systems, a major company for military and defence technology, whose shares rose by 3.4 percent, according to the paper.