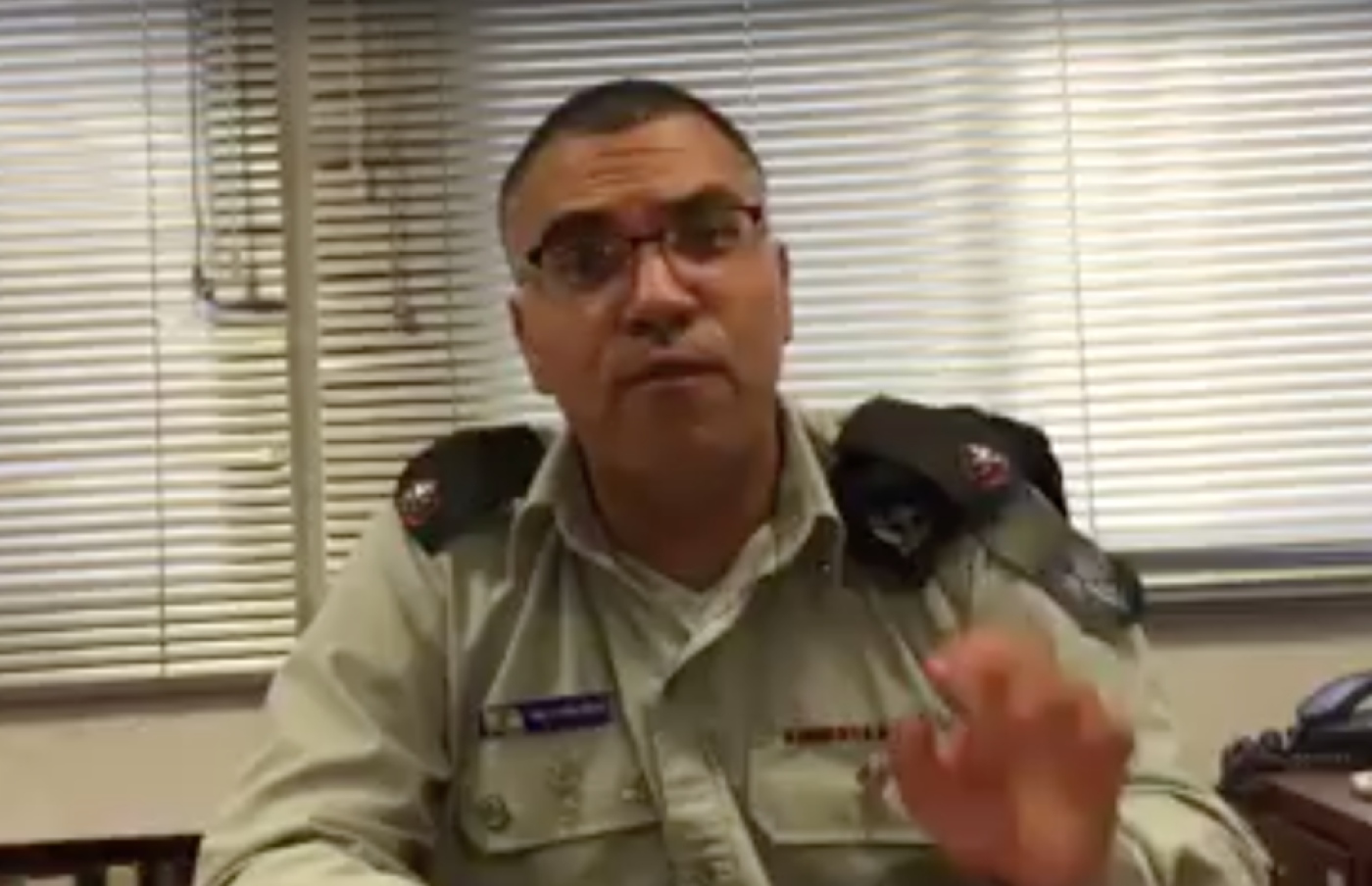 An Israeli army spokesman appeared in a video recording using Saudi fatwas as justification for arguing that Palestinians should not take part in upcoming protests against the occupation.

"The Saudi scholar, Sheikh Saleh al-Fawzan, has decreed for banning demonstrations and sit-ins, saying that this behaviour has nothing to do with the Muslims’ ethics, and that it is a characteristic of infidels and a sense of anarchy and chaos that is not tolerated by Islam," said Avichay Adraee.

"Sheikh Ibn Uthaymeen stated that sit-ins and violent demonstrations are evil, because they lead to chaos."

Adraee’s warning comes as Palestinians in the Gaza Strip were scheduled to start protests on Friday, staging a "March of Return" to the border with Israel.

More than a million of the residents of the Gaza Strip were, or are descended from, those originally expelled from historic Palestine in 1948 during the establishment of the state of Israel.

Musa Abu Marzouq, a senior Hamas official, has revealed that he received calls from European officials demanding to stop the “March of Return" - which is scheduled to begin on Friday in the Palestinian territories - over fears that it could increase tensions, according to a tweet published through his Twitter account.

"More than one Western official have called and advised me to stop the March of Return so as not to increase tension and escalation on the borders of Gaza Strip," wrote Abu Marzouq.

He added that "this has coincided with the Israelis contacting a number of bus drivers in Gaza Strip, warning them not to take the people of Gaza Strip to the borders on the day of the march."

London-based newspaper al-Quds al-Arabi reported that Christians in the Gaza Strip had not received permits to go to Jerusalem to celebrate Easter.

Three days before Good Friday, the Patriarchate of Jerusalem told the visitors that the church authorities had applied for about 600 travel permits for Christians from Gaza Strip but had not received any of them yet.

Israel imposes tight restrictions on exiting Gaza Strip, which is controlled by Hamas.

Saudi Arabia vows to respond to Iran over missiles

Saudi Arabia has vowed to respond to Iran at "the right time and place" after the Iran-backed Houthis targeted four Saudi cities, including capital Riyadh, with ballistic missiles, according to the Saudi newspaper Asharq al-Awsat.

Saudi Arabia accused Iran of being responsible for the ballistic missiles fired by Houthis on the kingdom. A spokesman for the Saudi-led coalition, Colonel Turki al-Maliki, stated that the kingdom is "maintaining the right to respond to Iran to the right time and place."

He pointed out that the total number of Houthis missiles that have targeted Saudi Arabia amount to 104 so far.

Maliki stated that firing missiles represents a "serious deterioration in all situations," accusing Iran of working to smuggle missiles through dismantling and then exporting them in shipments through the port of Hodeidah and Sanaa Airport, according to Asharq al-Awsat.