Arabic press review: Let's go fly a kite... but not in Jordan

Jordanian children were set to fly kites in solidarity with Palestinians in Gaza, but authorities cut their event - and strings - short 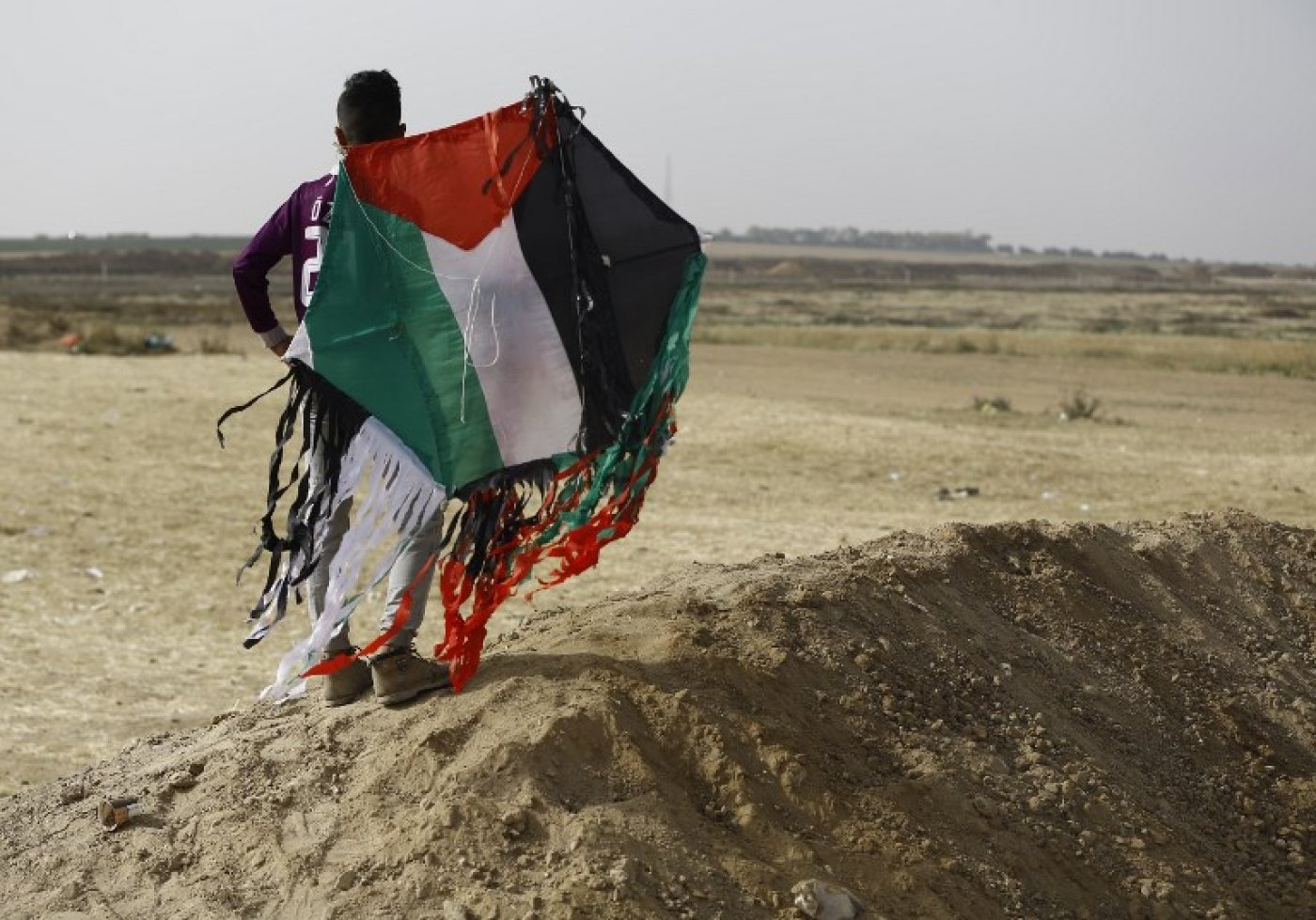 Jordanian authorities stopped a group of children from flying kites in an act of solidarity with Palestinian children in Gaza, London-based newspaper Al-Quds al-Arabi reported.

Earlier this week, Israel killed 62 Palestinians - most under the age of 30 -  who were protesting against the US embassy move to Jerusalem and also commemorating Nakba Day at the Gaza border.

As is often the case with protests at the border, kites were flown during the demonstrations, some with tails lit on fire. On some occasions, as kites drifted over the border with Israel, flames were dropped into fields on the Israeli side.

For the Jordanian event, more than a hundred kites adorned with with Jordanian and Palestinian flags as well as the images of Palestinians killed in Gaza this week were set to be flown at Amman's ancient Roman citadel.

However security officials arrived at the event and reportedly tore kites apart and shredded strings, asking partipants to leave the area quietly.

Balil Banat, a young activist who organised the event, was arrested and held for 48 hours, according to the paper.

Jordan's Interior Ministry has not explained the reasoning behind the ban, but an official told Al-Quds al-Arabi that the citadel is a popular tourist area and authorities were trying to contain potential for chaos.

Earlier this week, the emir of Kuwait sent five letters to five Gulf leaders in a new push for a resolution to the crisis - but the letters have done little to push mediation efforts forward.

In the letters, the paper reported, he suggested that a "common vision" was needed "to join forces to confront the challenges and... to agree and put all the contentious issues within the framework of openness and transparency, as well as developing answers with guarantees for implementation".

Kuwait, according to one of the sources, aims to "reach an initiative that comes from the Gulf states and not from the United States or any other friendly Western countries".

"When the solution comes from inside its cost will be less, no matter how many concessions had to happen between brothers," one of the sources told Al-Rai.

"External solutions on the other side may impose obligations on security and economic alliances, which may expose our countries and communities to material burdens, in addition to political commitments, which may not necessarily be consistent with the approaches of the Gulf states," the source added.

The situation in the Gulf region "is not normal at all and the expected risks are high," according to the Kuwaiti newspaper.

Saudi authorities arrested Rasheed on 12 May after he was extradited by Kuwait where he was visiting a poet friend, according to reports.

In a joint statement, four human rights organisations expressed concerns over Rasheed's detention, particularly their sense that Saudi Arabia requested his extradition because he is a Qatari citizen.

The National Human Rights Committee in Qatar has received a complaint from the Rasheed family demanding to know what has happened to the poet, troubled that he has been denied contact with them or his lawyer.

Rasheed last communicated with his family a day before he was deported, his relatives said.