On 9 August, the coalition's air strikes hit a market and a bus in the northern province of Saada, killing at least 51 people, including 29 children.

In a statement, the Spanish government said this week that it is reviewing its policy of selling arms to the kingdom.

The country sold about $500m worth of weapons and munitions to Saudi last year, according to the newspaper.

Spanish political sources told the paper that there are strong signs that Spanish weapons have been used in the war against Yemen.

Over the past three weeks, as the seasonal rain has fallen, buildings in the capital have collapsed and thousands of people have been displaced.

Sudanese activists have circulated the hashtag “#Khartoum_is_sinking” on Twitter, calling for help and sharing photos and videos of the disastrous situation in the city.

Some have also criticised the government for neglecting the country's infrastructure and accusing it of corruption.

Others are requesting that the government declare a state of emergency and seek international aid.

A Jordanian citizen has died in a Yemeni prison, a source at Jordan's Foreign Ministry has told the Amman-based newspaper, Assabeel.

The unnamed man had reportedly been living in Sanaa for years before he was arrested and jailed on forgery charges. He was also wanted by INTERPOL.

According to the ministry source, he died of a heart attack while imprisoned, but it was not immediately clear which Yemeni group was in charge of the prison in which he was held. 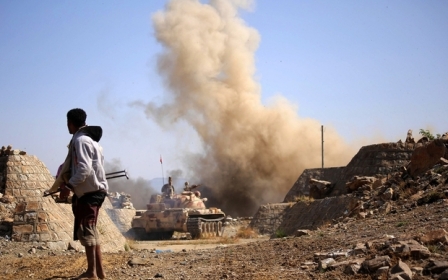