And in Israel, a Jordanian prisoner on a nearly-month long hunger strike is treated in hospital, while an Egyptian journalist says security forces pressured his parents to turn on him 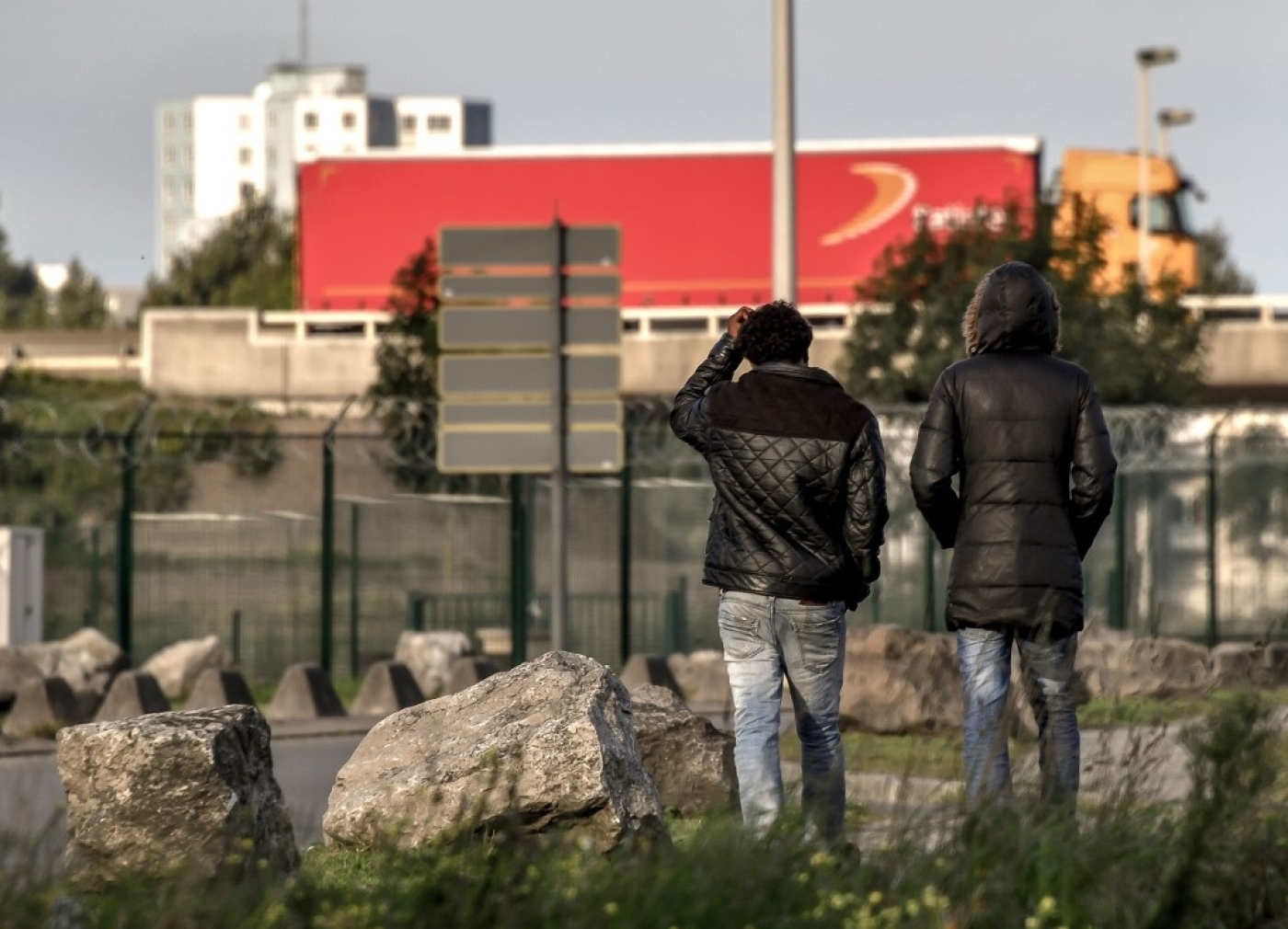 'I was inside those refrigerators stacked with frozen meat and poultry,' Ahmed al-Rashid told Asharq al-Awsat about his trip to the UK in semi-trucks (AFP)
By
Mohammad Ayesh

'The feeling of suffocation still invades me,' says Syrian of his UK trip

The London-based Asharq al-Awsat focused on the story of Ahmed al-Rashid, a young Syrian whose harrowing trip to the UK was similar to that of 39 Chinese nationals whose bodies were found in a truck this week - but he survived the ordeal.

Al-Rashid fled Aleppo in 2012. His 55-day trek included a bus ride to Izmir, Turkey; a rubber boat trip to the Greek island of Kos; and several adventures with smugglers that landed him in semi-truck refrigerator compartments, just like the Chinese victims.

“I was inside those refrigerators stacked with frozen meat and poultry. The cold was severe and the temperature was below zero degrees," al-Rashid told the newspaper. The trip cost around $15,000.

"The feeling of suffocation still invades me whenever I take the London underground," he said. "That is why I always make sure to stand near the door."

Jordanian prisoner on hunger strike in Israel treated in hospital

A Jordanian woman held in an Israeli prison who has been on a hunger strike for nearly a month to protest her administrative detention was treated in a hospital on Thursday, according to the Jordanian Assabeel newspaper.

Heba Labadi, 24, is one of two Jordanian citizens arrested by Israel and put under administrative detention, a system that allows Israeli authorities to hold people without charge or the possibility of appeal for prolonged periods of time.

She was arrested on 20 August on her way back from a relative's wedding in the occupied West Bank, her father, Ahmed al-Labadi, told Middle East Eye.

Earlier this week, he told Jordanian radio station Al-Balad that his daughter had refused to be transported to a hospital to receive treatment.

But Jordanian Foreign Ministry spokesman Sufian Qudah told Assabeel that Labadi had been taken to hospital, treated and then returned to her detention centre on Thursday and that her health condition was now stable.

Abdel-Rahman Meri, 29, is the second Jordanian languishing in Israeli prison. He was arrested by Israel as he attempted to cross the Allenby Bridge from the occupied West Bank to Jordan with his mother on 2 September.

Qudah reiterated the foreign ministry's continued efforts for the release of both Jordanians.

Egyptian security forces raided the home of journalist Sami Kamal al-Din’s parents in the city of Nag Hammadi, south of Cairo, on Tuesday evening to pressure them into confessing against him, the Egyptian journalist said.

"Egyptian intelligence and police forces are pressing my father, 75, and my mother, 65, to obtain confessions from them stating that I am a Brotherhood member and a terrorist,” Kamal al-Din tweeted.

Al-Din said that Dina al-Husseini, a journalist with the Sawt al-Umma newspaper, and a photographer from Extra News channel accompanied the police.

The incident happened after Kamal al-Din published a video in which he reported that Aya el-Sisi, the daughter of Egyptian President Abdel Fattah el-Sisi, had bought a swing worth more than $10,000 for her villa and spent over $150,000 on transport fees in a private jet.

Journalists and activists in Iraq are the targets of escalating campaigns of intimidation as demonstrations erupt across the country, according to a report published by the London-based Al-Alarabi al-Jadeed. 'It's time to end this': Frustrated Iraqis gear up for major protest on Friday
Read More »

According to the report, electronic armies are using social media to paint the activists and journalists as Israeli and American agents who are planning to sabotage Iraq.

A senior Interior Ministry official told the paper that preliminary information from Iraqi intelligence agencies suggests that the armies belong to armed factions close to Iran.

Some of the social media pages being used are run from outside of the country, he said, evidenced by the fact that they continued to spread and promote information during the recent interruption of the internet in the country.