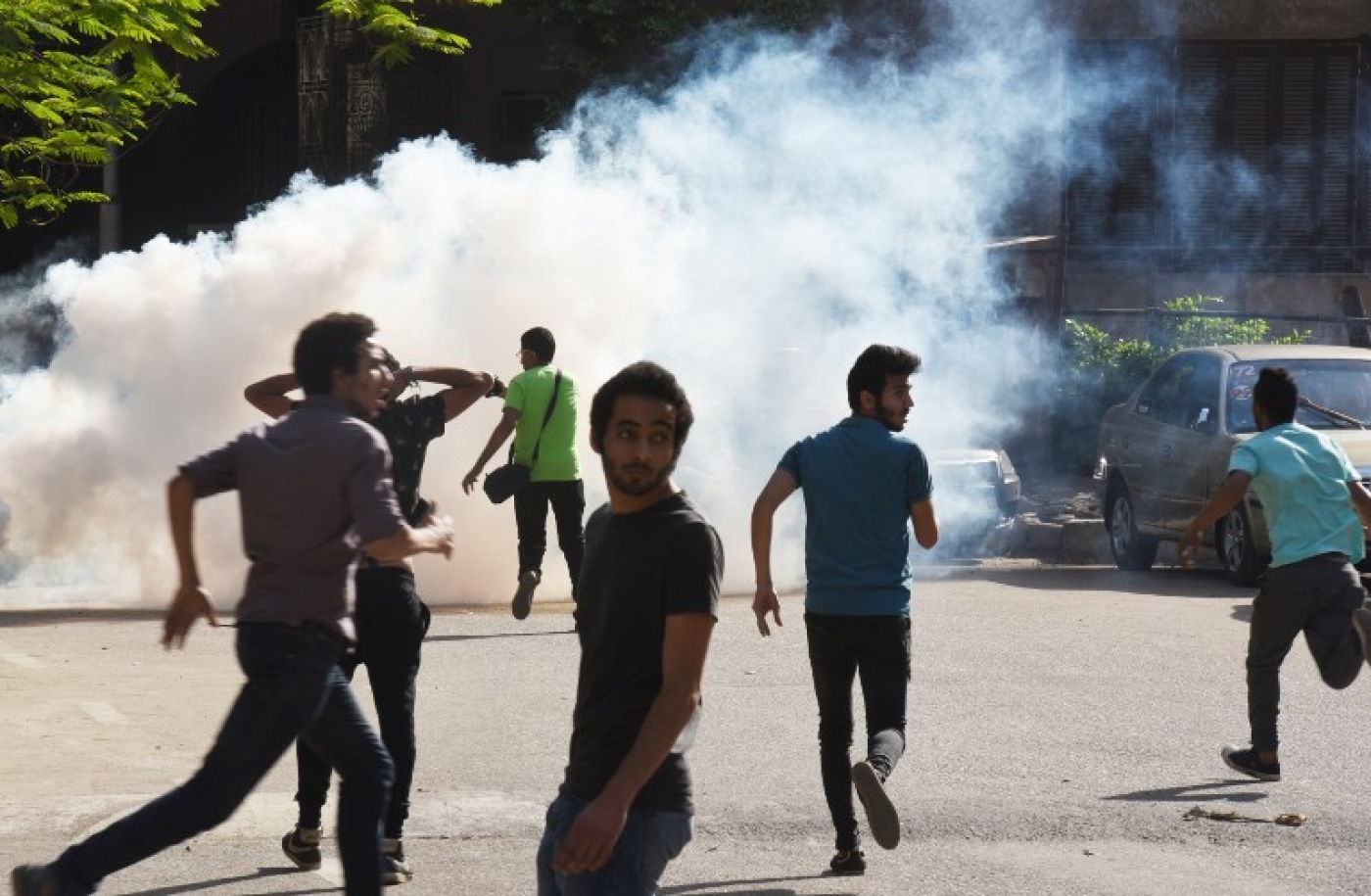 Egypt’s pro-government media on Tuesday took aim at protesters who took to the streets of Cairo and other cities to demonstrate against President Abdel Fattah al-Sisi’s deal to hand over two Red Sea islands to Saudi Arabia, accusing them of being unpatriotic and of serving the interests of the Muslim Brotherhood and the country’s enemies.

Monday’s protests were called by the Muslim Brotherhood, which is banned in Egypt, and other political parties amid popular anger over the agreement announced earlier this month that ceded control of Sanafir and Tiran to Riyadh.

But the protests, which took place on the same day as official events to commemorate the "liberation" of the previously Israeli-occupied Sinai peninsular in 1983, were small in scale, with security forces taking to the streets in large numbers and arresting many of those who took part.

The Parlmany news website, which is a subsidiary of Youum7 newspaper, highlighted criticism of the protesters by Egyptian members of parliament. Controversial politician Mustafa Bakri said that the protests were illegal and came at a time Egypt is facing terrorism and international scrutiny, the website said.

Ahmed Mousa of Sada Al Bald called on the army to protect the country from demonstrations which he said were orchestrated by the Muslim Brotherhood.

He also accused Hamdeen Sabahi, an anti-Brotherhood opposition politician who last week began legal proceedings against Sisi over the islands deal, of seeking to destroy the country.

The Al Arabya News website described the protests as a failure because of the limited numbers who took to the streets, pointing out that protesters were outnumbered by security forces.

The Al Fajr newspaper meanwhile focused on what it called the strategy to “entomb” the protests.

“Prior to 25 April, 50 people were arrested, many houses where stormed as well as cafes and shops. Arrests included political activists in Cairo and other cities,” it said.

Many people had also been arrested on the day of the protests itself, the same newspaper reported, publishing a video filmed outside a police station showing “the weeping and anger of the families of those who were arrested during 25 April demonstrations”.

But the pro-Muslim Brotherhood Rassd website focused on demonstrations in various different cities with columnist Samih Rashid claiming that more protests would follow.

“The islands deal has increased the anger and resentment against Sisi and his regime… The reaction of the regime to these protests, which included arrests, added more insult to the injury. This for certainly has increased the feeling of anger,” he wrote.

Rassd claimed that a Danish journalist was among those arrested while reporting on the protests in Cairo.

Saeed Abulrahim, writing for the London-based Al-Araby Al-Jadeed also focused on the repressive measures taken by the Egyptian security forces on the eve of the demonstration, pointing out that “protesters are not only objecting to the islands deal only but they are also calling on the regime to leave.”

Another article on Al Araby highlighted calls by the Muslim Brotherhood for the Egyptian army to side with the people.

The UAE-funded Alghad TV, which is an Egypt-based news outlet, focused on pro-Sisi celebrations at official events marking the liberation of the Sinai peninsula, but pointed out that images of Egyptians waving Saudi flags had stirred widespread anger on social media.

But, Mohammed Salah, writing for the London-based Saudi newspaper Al Hayat, said the small scale of anti-Sisi demonstrations represented a show of support for the president.

“Sisi received further support from the Egyptian people yesterday as they refrained from participating in the protests. There were sporadic protests in some areas in Cairo with heavy presence from Egyptian security. Other protests which were pro-Sisi took place in Cairo in support of his Saudi deal and to celebrate the liberation of Sinai,” he wrote. 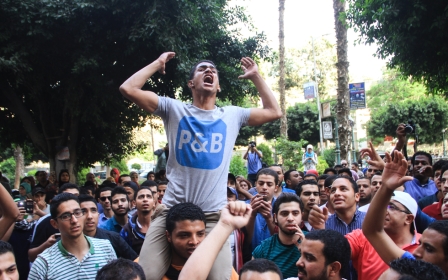 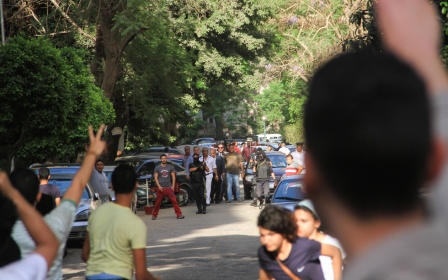 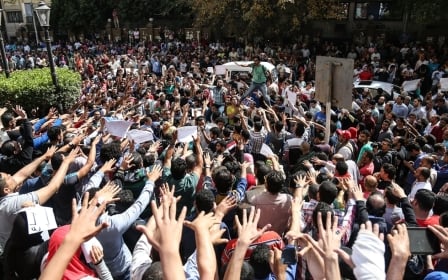