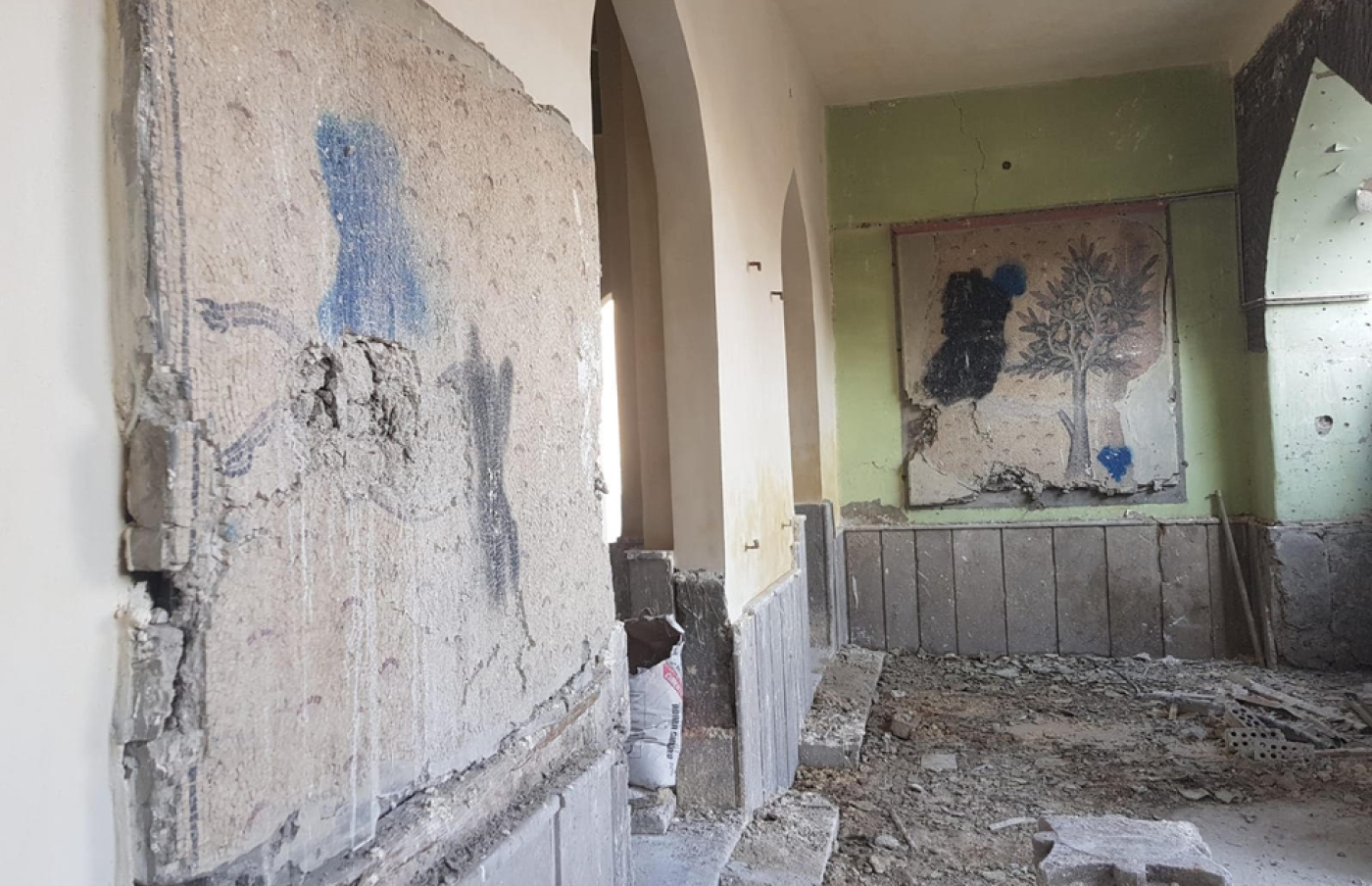 Few insurgent groups in recent memory have made wanton destruction of cultural heritage such a central part of their ideology as the Islamic State.

In the centre of the city that was once the militant group's self-proclaimed caliphate stands the Raqqa Museum, an emblem of the city's past that housed millennia of history within its stone walls. The museum, which dates back to the Ottoman period, now stands in ruins, its precious collection scattered across the world in the hands of private collectors, transit-country warehouses and illicit smuggling organizations.

The US-backed campaign to rout the Islamic State (IS) from Raqqa last year was one of the most destructive in the history of modern warfare, with more bombs dropped on the city than in any battle since the Vietnam War. The Raqqa Museum wasn't spared - not from bombings or the fierce clashes on the ground between the US-backed, Kurdish-majority Syrian Democratic Forces (SDF) and IS fighters.

"Even before the liberation of Raqqa, a bomb exploded on the square in front of the museum, severely damaging the building and everything inside," says Olivier Nieuwenhuijse, a Humboldt researcher at the Institute for Asiatic Archeology at Freie University in Berlin. He is also member of the heritage organization Focus Raqqa, and has meticulously documented the pre-war collection of antiquities inside the Raqqa Museum.

Focus Raqqa has created a detailed catalogue of every item contained in the museum's extensive collection, including artifacts that had been moved to a nearby bank vault.

While Raqqa's cultural fabric has been devastated, Nieuwenhuijse says there are some hopeful signs as the Raqqa Civil Council's Authority on Tourism and Protection of Antiquities (ATPA) spearheads reconstruction efforts on the museum, which began in early June.

In an interview with Syria Direct's Barrett Limoges, the archeologist discusses local efforts to recover lost history after ruinous years of IS looting and rule.

"This was a treasure house of information on Syria's past, and contained enough for a few centuries of scientific research," he says, describing the loss as "utterly devastating".

The interview is accompanied by images from Syria Direct's Abdullah Ismail, who photographed ongoing renovation efforts on the ground in Raqqa:

Q: When did IS first take control over the museum in Raqqa?

It would be wrong to focus so exclusively on IS. The "fall" of Raqqa - or rather, the loss of government control - was gradual. First, the city fell into the hands of opposition forces. Subsequently IS took over. For the museum, this matters, because already during the opposition period there were thefts and other issues.

Before the government left, the Directorate General of Antiquities and Museums (DGAM) staff carefully packed whatever they could and made inventories of objects. Some items were stored in the Central Bank of Raqqa, others were kept in a secured room inside the museum. The great bulk - tens of thousands of items - were stored in a separate depot on the outskirts of Raqqa, in [the town of] Heraqla.

When eventually IS came [after 2013], the situation worsened dramatically. They purposely destroyed archaeological objects throughout the city. They turned the museum into a military outpost. When the city was liberated, it turned out that virtually nothing was left of the collections in the building.

Q: What types of items did the museum contain? Which civilizations were represented in the collection? Did everything come from Raqqa?

The museum was a local, provincial museum. Finds came from recent excavations - after the mid-1980s - in Raqqa province. The very best pieces always went to the capital, Damascus. However, an excellent range of finds remained in the museum, documenting all periods in the rich history of Syria from the earliest humans until modern times. Important sites included Tal Sabi Abyad, Tal Chuera, Rasafa, Tal Bi'a, and the city of Raqqa itself. The earliest were from the Mousterian period (Neanderthals). There were important Neolithic (7000-5000 BCE) and Early Bronze Age (3000-1000 BCE) collections, finds from the Assyrian empire (9th–6th centuries BCE), and from the various Medieval ("Islamic") periods when Raqqa was re-founded (in the Abbasid period) and flourished.

Q: Can you describe some of the stolen prize artifacts in the museum? Which items would you regard as the most precious?

That depends on your perspective. Prehistorians might choose a ritual, painted pedestal vessel dating to the Halaf period (around 5800 BCE). Historians and Assyriologists would probably choose the collection of Assyrian clay tablets carrying cuneiform texts, most of them coming from Tal Sabi Abyad and Tal Bi'a. Non-academic visitors were often more interested in the gold jewelry and coloured mosaics from the classical periods.

Q: Do we know the fate of these objects now?

Most of them are gone. I do not know where they are. I suspect they were smuggled out of Raqqa, perhaps to Turkey, [and] sold to the flourishing international art market.

Importantly, however, a collection of supposedly "minor" objects remained in the museum when IS was destroyed: pottery shards, some medieval ceramic pieces, some mosaics. These have been collected by the Syrian-Kurdish authorities and relocated to a safer place. Taking care of this collection should now gain priority, together with making a full inventory of what was lost.

Q: Other than the looting, what damage - caused either by IS fighters or US-led bombardments during the offensive to retake the city -has there been to the museum itself?

Even before the liberation of Raqqa, a bomb exploded on the square in front of the museum, severely damaging the building and everything inside. Obviously, this was done intentionally. When the building was turned into an IS outpost, it logically became the target of military action. The liberation of the city left it in ruins, as the preferred modus operandi was to locate [IS fighters] and then bomb them from the air, building by building.

Q: What efforts are currently being undertaken to restore the museum? Who is doing the work, and who is funding these efforts?

On the one hand, it is way too soon to seriously consider the restoration of the museum. There are so many other priorities. On the other hand, reconstruction can never start soon enough and for the future city of Raqqa (ie, for the citizens of Raqqa) it may be important to have their museum back. I know that ATPA works together with local NGOs and with foreign support to make the building safe (ie, remove bombs and booby traps left by IS), relocate the remaining items to a safe location and assess the status of the building.

Our project, Focus Raqqa, made a start with an inventory of the collections once contained in the museum.

However, the worst atrocity against heritage was not the museum itself. Early in the IS period, they robbed and plundered the storehouse at Heraqla. This was the location where foreign teams - mostly Dutch and German - kept the great bulk of excavated objects from many excavations, plus study collections of shards, flints, bone, plants, samples, etc, etc.

Heraqla was a treasure house of information on Syria's past and contained enough for a few centuries of scientific research. This is almost all gone. The world's attention understandably goes to the museum, but for archaeologists, the loss of Heraqla is like a huge meteor hitting our Earth: utterly devastating.

Q: Why has IS been so intent on targeting museums and historical sites?

Part of it may have been religiously inspired, a form of iconoclasm to destroy "infidel" practices. This is what is often highlighted in the Western press, to underscore the irrationality of those brainwashed dogmatic extremists.

In fact, iconoclasm is not exclusive to Islamic extremism but found all over the world and from time immemorial. In part this destruction was probably a reaction against the strong value put on archaeological heritage by the opponents of IS, including actors from the West as well as national governments in the Middle East. As well, there are political motivations: cultural cleansing as a way to facilitate ethnic cleansing.

Finally, the monetary value of looted heritage is often suggested, but in fact, we have little evidence showing that IS made lots of money from selling archaeological objects.

Q: What work is being done to track down and return these stolen items?

We, the archaeologists, cannot do much to track down stolen items. [But] this does not stop us trying. Across Europe, Japan and the US, archaeologists have formed networks to identify potential stolen goods on the art market: at auction houses, on specialized websites, in museums. Occasionally this leads to the identification of objects likely stolen from Iraq or Syria. To our delight, occasionally this leads to the police confiscating the items. There are meetings with organizations representing art dealers, to improve codes of conduct. Structures of national law are changed to enhance the power of the police to step in and confiscate. 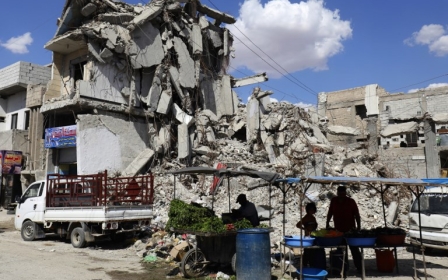 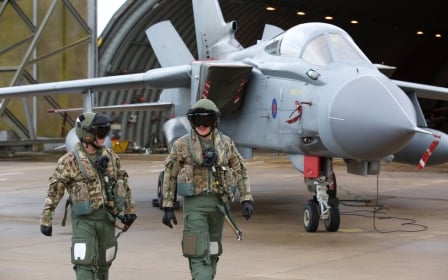