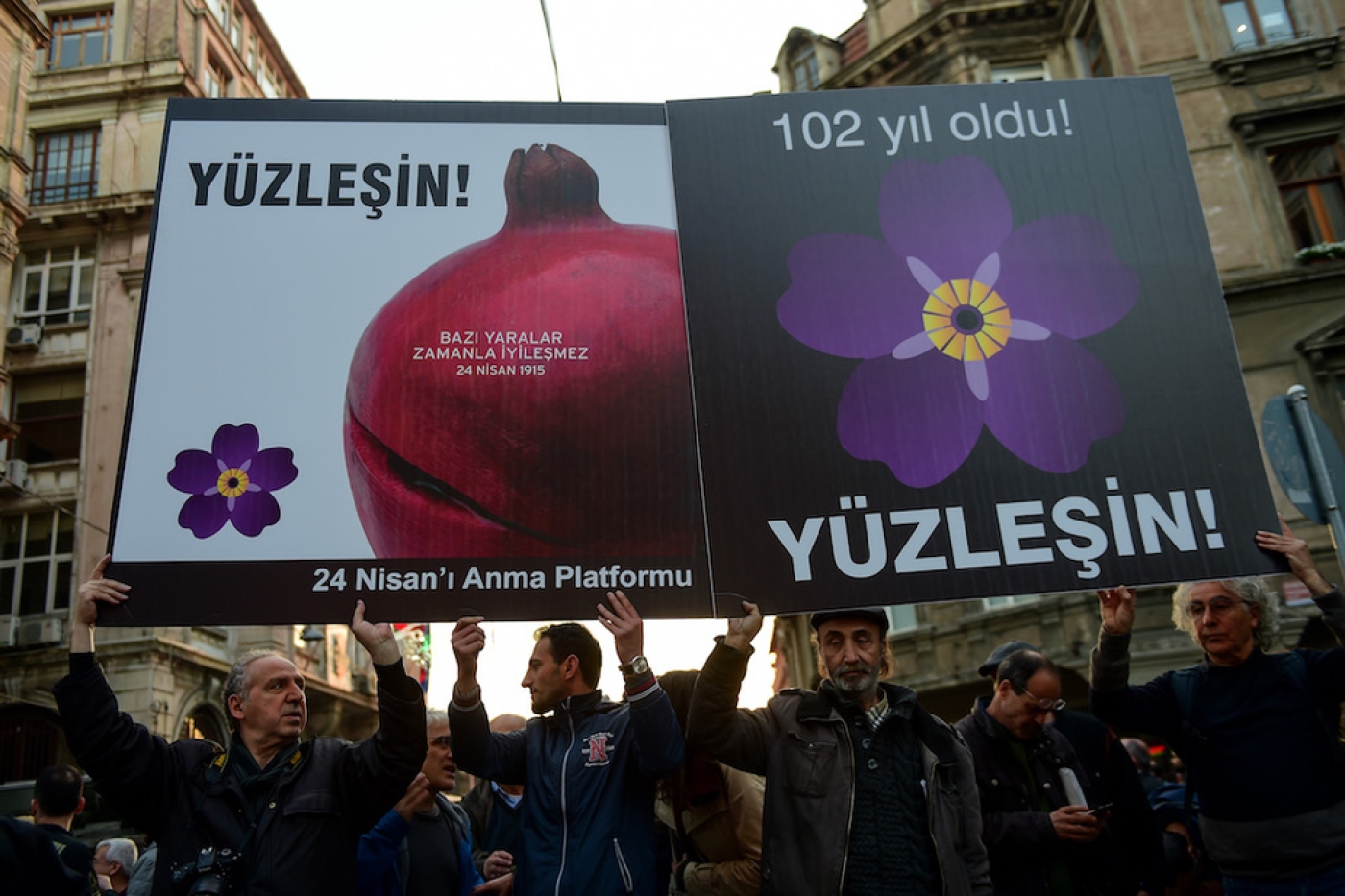 People hold placards reading "face it" during a rally on the Istiklal avenue in Istanbul, on April 24, 2017 to commemorate the 102nd anniversary of the 1915 mass killing of Armenians in the Ottoman Empire (AFP)
By
MEE and agencies

Armenia on Thursday scrapped a 2009 agreement with Turkey to normalise relations, local TV quoted the president's spokesman as saying.

Armenia and Turkey signed the landmark peace accord in October 2009 to restore ties and open their shared border after a century of hostility stemming from the World War One mass killing of Armenians by Ottoman forces.

The protocols have not been ratified since then.

Sargsyan had originally threatened to nullify the 2009 agreement in September 2017, accusing Turkey of opportunism and refusing to find solutions to existing problems between the two countries.

"The leadership of Turkey is mistaken if they think that those documents can be held hostage forever and ratified only at the most opportune occasion from their very point of view. The protocols were negotiated in the existing circumstances in order to find solutions to the actually existing issues," he told the UN General Assembly.

"Armenia will declare those two Protocols null and void since they continuously lacked any positive progress towards their implementation. We will enter the spring of 2018 without those, as our experience has demonstrated, futile protocols."

Tensions arose between Turkey and Armenia again in 2015 during the centenary commemorations of what Armenia says was a genocide of its people by Turkey in World War One. Turkey rejects the term genocide.

The commemorations took place in Armenia's capital Yerevan on the same day as Turkey commemorated the centenary of the Battle of Gallipoli.

The Armenian government accused the Turkish president, Recep Tayyip Erdogan, of intentionally arranging to hold the Gallipoli event on the same day, drawing attention away and splitting the destinations for different international delegates.

Following the collapse of the Soviet Union, Turkey recognised the new republic of Armenia in 1991. However, the outbreak of the Nagorno-Karabakh war between Armenia and Turkey's close ally Azerbaijan saw the borders between the two countries closed. Culture
'Propaganda? So what?': Armenian genocide dispute goes to Hollywood