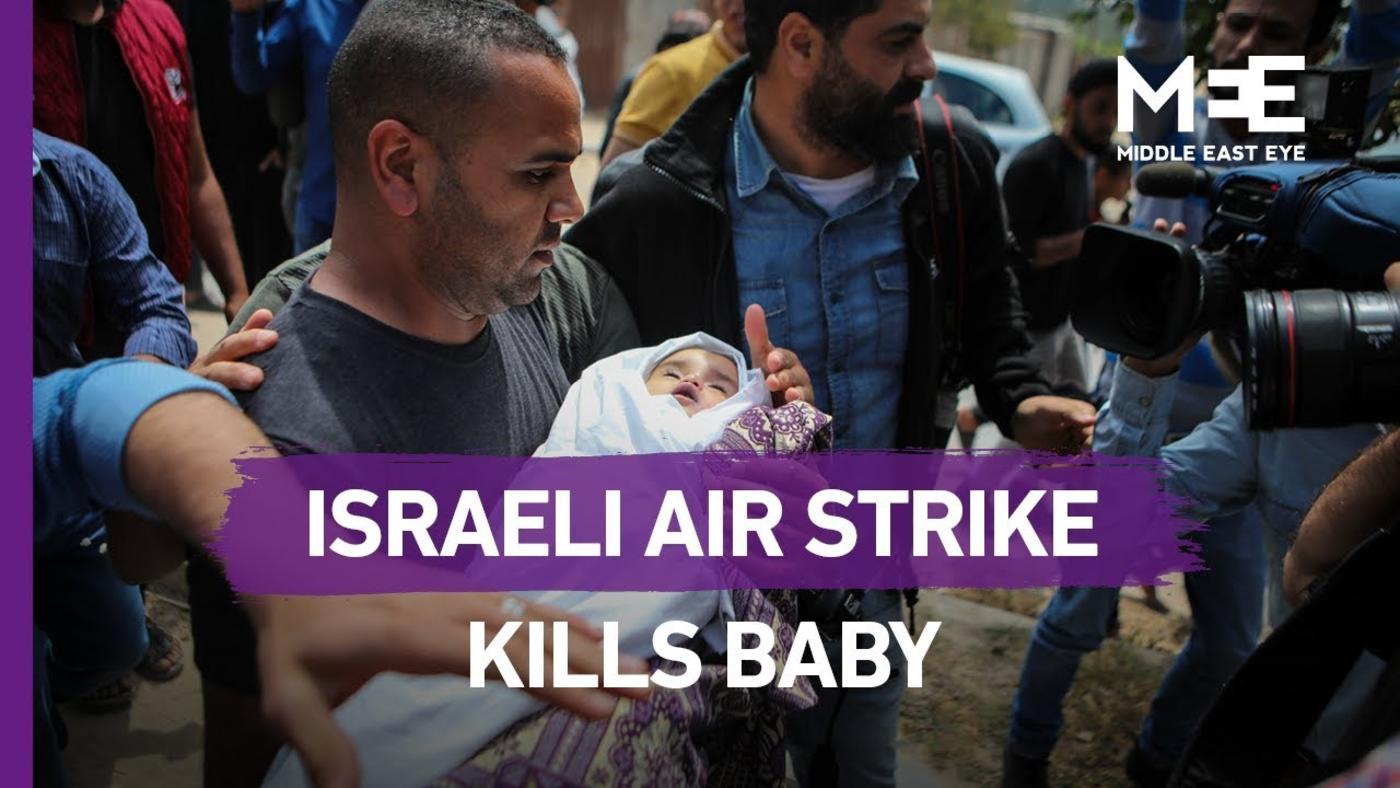 A Palestinian baby was killed on Saturday as the Israeli military pounded the Gaza Strip with air strikes and artillery, while scores of rockets were fired towards Israel from the coastal enclave.

According to the Gaza health ministry, 14-month-old girl Sebba Mahmoud Abu Arar was killed and her sister and pregnant mother wounded by an Israeli strike on their home in the al-Zaytoun neighbourhood east of Gaza City. The pregnant mother, Falastin Saleh Abu Arar, 37, later died along with her unborn child, the ministry said.

Local media are reporting that a 50-year-old Israeli woman was seriously wounded following a rocket attack on a high school in Kiryat Gat, near the port city of Ashkelon.

In a joint statement, the Palestinian factions in the enclave said: "We have launched 150 rockets at the Israeli neighbourhoods and military sites near the Gaza Strip in response to the continuous Israeli attacks on Gaza Strip."

The violence has broken a fragile ceasefire under which Israel and Hamas, Gaza's rulers, were negotiating a truce agreement that the Palestinian movement hoped would see Israeli restrictions on the enclave lifted.

"The Israeli occupation must commit to terms of understanding in the ceasefire deal," Khalil al-Hayya, a member of Hamas' politburo, said.

However, local media have reported that the United Nations has been in discussions with Israel, Hamas and Egypt since Saturday morning attempting to calm the situation.

Israel said it has closed all crossings into Gaza and the maritime zone allowed for fishing off the coast in response to the clashes.

Rockets have reached as far as Bet Shemesh, a town 30km from Jerusalem.

"Dozens" of rockets were intercepted by air defences, the Israeli army said. The military said it had targeted two rocket launchers in Gaza with an air strike in response.

A Gaza security source told the AFP news agency that three "resistance fighters" had been wounded in the strikes.

A source in Gaza told Middle East Eye Israeli forces had fired smoke bombs east of Gaza City and a drone had fired a missile at a military site.

Israeli artillery struck on watchtowers east of al-Tuffah neighbourhood north of Gaza City and on a watchtower and a military site in the Sofa area between Rafah and Khan Younis in the Strip's south.

Israeli fighter jets also struck and demolished the Al-Sarraj residential building west of Gaza City and the Iqtifan building, which had hosted the office of the Anadolu news agency.

"Turkey and Anadolu Agency will continue to tell the world about Israeli terrorism and atrocities in Gaza and other parts of Palestine despite such attacks," he wrote.

Anadolu reported that the building collapsed after being hit.

Islamic Jihad, a militant group closely aligned with the ruling Hamas movement, said in a statement: "We will turn the life of Israeli settlers in the Gaza peripheries hell-like."

Haaretz reported that one rocket landed on the Israeli community of Nirim while another landed on Highway 4 near the coastal city of Ashkelon. In pictures: Gaza's 'dreamers' look out from the rubble
Read More »

The escalation came after Friday saw some of the most violent protests along the Gaza border in recent weeks.

Four Palestinians, including two Hamas fighters, were killed by Israeli fire in the Gaza Strip on Friday after two Israeli soldiers were reportedly wounded in a shooting during weekly protests on the border.

Among those wounded was a Palestinian journalist, who was shot in the head with a rubber-coated steel bullet.

Safinaz Allouh was covering the ongoing Great March of Return campaign along the Gaza-Israel border fence when she was shot.

East of Gaza's Khan Younis, a teenager identified as Raed Khalil Abu Tair was shot in the abdomen and later died from his wounds, according to the Gaza health ministry.

Palestinians have been marching for more than a year in support of the right to return to homes they were driven from during the creation of the state of Israel in 1948.

The initiative began in March 2018 after a call from local civil society urged local Palestinians to engage in a mass march towards the Gaza fence in opposition to Israel's ongoing siege on Gaza.

The Gaza health ministry noted that since protests began at least 272 Palestinians have been killed in Gaza by Israeli forces. 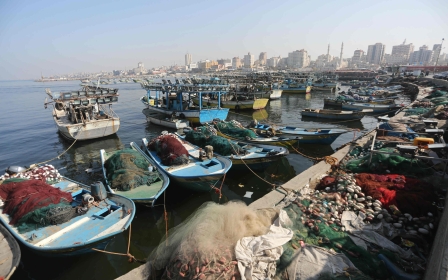