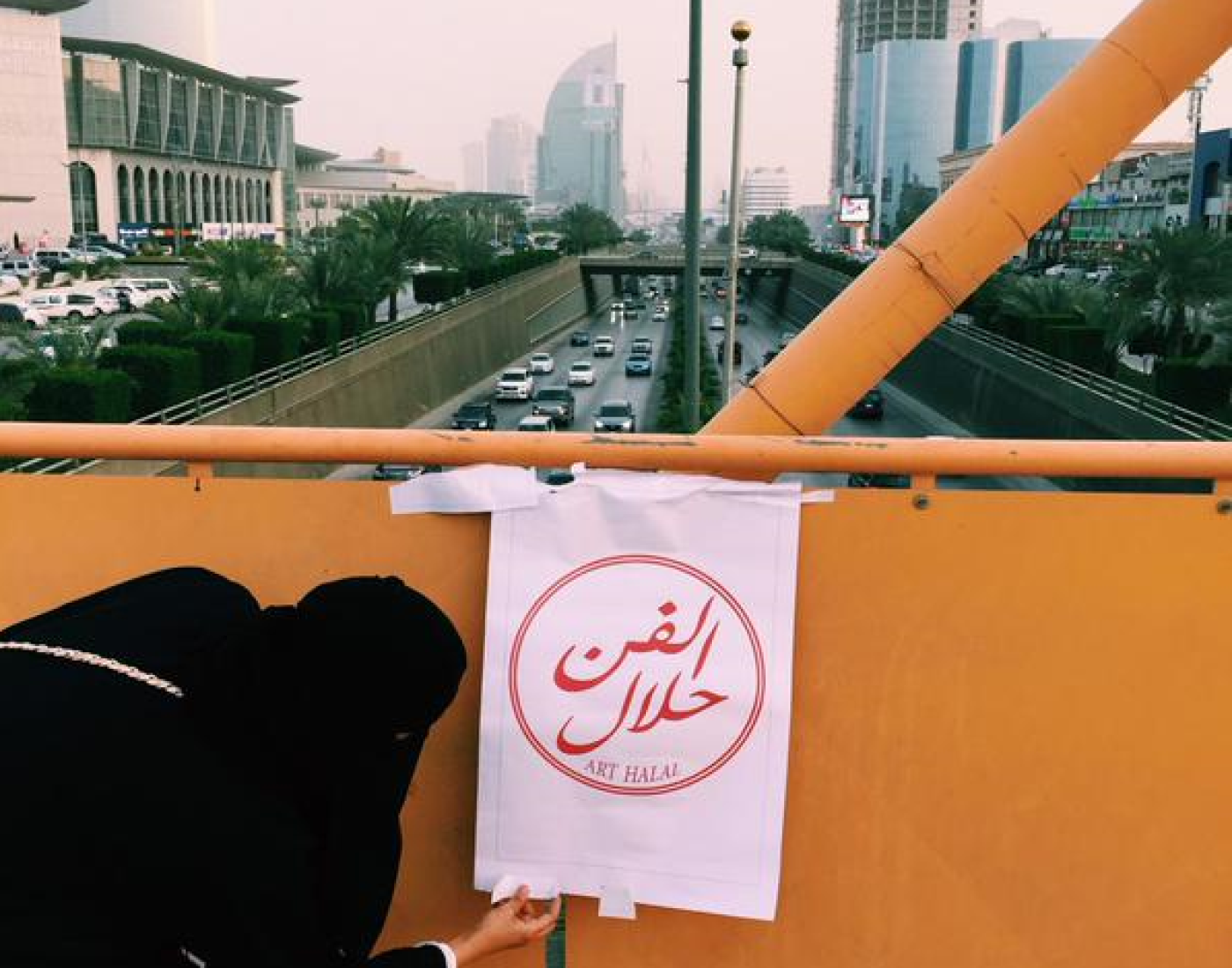 A trio of young Saudi artists has sparked conversations about the place of art in the conservative Gulf kingdom with a divisive poster campaign.

The three students, Boshra al-Ouda, Majd al-Harbi and Ayesha al-Barqi, have stuck more than 400 posters bearing the slogan "Art is Halal" around the streets of the capital Riyadh.

The women have photographed themselves pasting the designs all around the urban landscape on car windscreens, vending machines and pedestrian footbridges, and have then posted the images on social media.

The aim of the campaign, the artists say, is to provoke a public debate about the limits of freedom of expression in art.

“The expression 'art is halal' was chosen with the aim of urging the viewer and public at large to ask questions, and even to denounce and criticise [the slogan],” al-Barqi told local news site al-Balad.

“We want people to have a discussion about the concept of art, and to look deeper into its meaning and the limits of 'halal' and 'haram'. We are not men of religion who can issue legal judgements and fatwas, but we dealt with the issue from an artistic perspective,” said the student of English at Princess Noura bint Abdulrahman University, an institution renowned for turning out eager young arts graduates.

“The posters are just part of the campaign. What the public does and how they react to it will become part of the project".

Projects that take advantage of public space to bring art from the gallery onto the street are far from uncommon in Saudi Arabia, according to Nasreen Shaikh Jamal Al Lail, a Saudi artist currently based in the UK.

“This is social art, designed to make the community talk more about art. There are a lot of street artists in Saudi Arabia at the moment. People spray-paint hashtags in different places in the country based on an idea they want to promote. It’s something of a trend right now".

Spray-painted camels, based on a stencil designed by “experimental artist and garbage collector” Omamah Ghassan Alsadiq, began popping up on the walls of Saudi cities in 2013.

Since then the project, 300 Camels, has gone global, with people sending in pictures of their own graffiti dromedaries from Finland, India and outside the al-Aqsa Mosque in Jerusalem.

“There is a big appetite for the visual arts in Saudi Arabia, and people are beginning to look at art differently,” said Lail.

But this project, with its provocative message and intent, has got people talking as well as looking, spawning a hashtag and fierce online debate over the role of art in Saudi Arabia.

Translation: Where is the art in distributing leaflets!! It’s random and a distortion, as well as an assault on the property of others, which they are using to spread their campaign! #ArtIsHalal

Translation: Society is still embroiled in a conflict over halal versus haram! Even though at the same time we all practice art in our everyday lives!

Online dissent and hope for change

Users of a forum for self-described Saudi liberals welcomed the project on a post entitled “Art is halal and the transformation of Saudi society,” saying it was a cause for “optimism”.

“Any state in which governments restrict themselves to the advice of clerics preaching regression and extremism will themselves regress and fall,” wrote one anonymous user.

Criticism of the Saudi government over its arts policies was also expressed by named users on Twitter, with one man directly calling on the Minister of Education, Azzam al-Dakhil, to reinstate arts education in Saudi schools.

Translation: #ArtIsHalal We demand that the Education Minister @AzzamAlDakhil reinstates music, theatre and arts to the curriculum

Music was removed from the school curriculum during the 1990s, and though the education ministry issued a directive back in 2012 allowing the playing of musical instruments in schools, since then there has been no indication that music could return to Saudi the education system.

Public criticisms of such decisions on Twitter are, says researcher Irfan Chaudhry, extremely rare in Saudi Arabia, which faced international condemnation when it sentenced blogger Raef Badawi to 1,000 lashes for “insulting Islam”.

“[This Twitter user] definitely took a chance by doing this,” says Chaudhry, a PhD candidate at the University of Alberta who has investigated Twitter and social change in Saudi Arabia.

“Saudi laws governing the Internet mean that anything seen to be critical of the government can be sanctioned in the offline world. But I think they may be being a little more cautious at the moment – the #WomenToDrive campaign [to pressure the government to allow women to drive in the kingdom] has created a lot of interest from the international community."

The government monitored the hashtag, Chaudhry says, but did not take action because strict laws against public protest mean authorities know there is little risk of online dissent spilling into the offline world.

By allowing dissent in the form of criticism of government policy towards the arts, authorities are also “trying to showcase progress,” according to Chaudhry.

“They want to show the international community that Saudi Arabia is a progressive country that they want to trade with".

Though considered one of the most restrictive countries in the world in terms of social policies and women’s rights, Saudi Arabia is indeed beginning to have a progressive arts scene, according to Lail.

“We never used to have Jeddah Art Week, so many exhibitions, so many galleries. I think the message of the work is to say that art exists in Saudi Arabia, rather than simply saying that it is acceptable.

“People assume that there’s nothing going on in Saudi Arabia in terms of the arts right now, but that’s not the case". 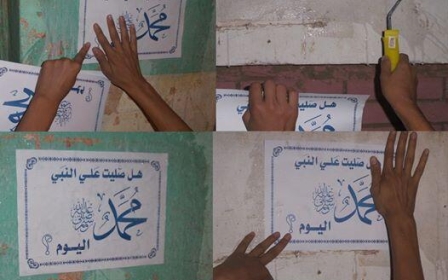