Assad bombing civilians to turn them against rebels: Monitor 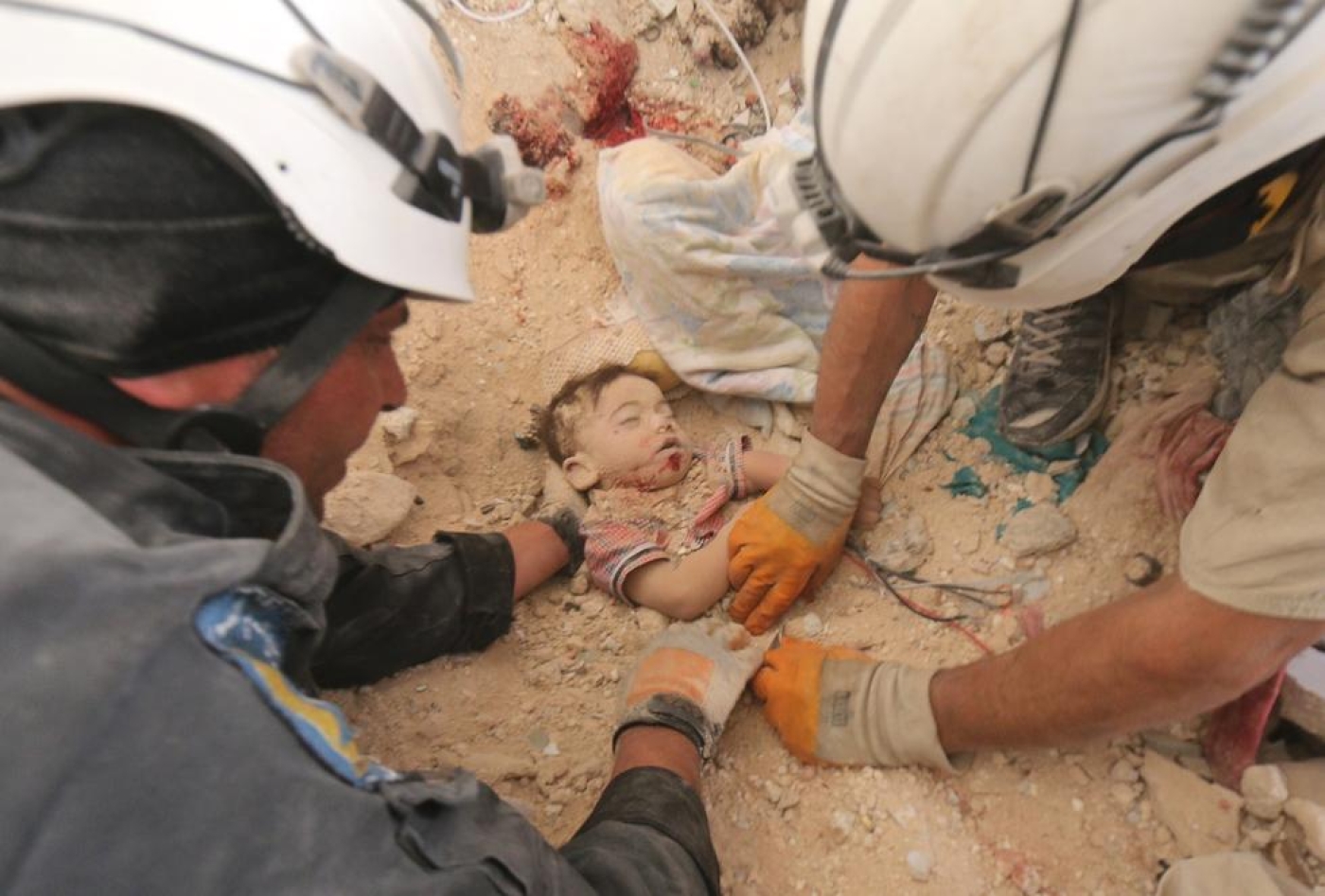 Thirteen civilians, among them seven children, were killed in aerial attacks by Syria's government on Wednesday on the northern province of Aleppo, a monitoring group said, noting that the offensive is a deliberate attempt to turn civilians against rebels in their midst.

"A woman and her three children, as well as another child, were killed when helicopters dropped a barrel bomb on the village of Taduf," said the Syrian Observatory for Human Rights.

Taduf, which lies in the northeast of Syria's Aleppo province, is controlled by the Islamic State group.

In the province's west, "eight civilians, including three children, were killed when regime warplanes struck the village of Daret Izza," held by Islamist fighters and other rebels.

"Regime forces are continuing to kill civilians through aerial attacks, with barrel bombs or shells, indifferent to the international resolutions on this matter," said Observatory head Rami Abdel Rahman.

He said the attacks amounted to "war crimes and crimes against humanity committed by regime forces on a daily basis".

Abdel Rahman told AFP the bombing campaign was an effort by the government of President Bashar al-Assad "to turn civilians against the opposition factions or against IS, with the reasoning that the aerial attacks are a result of the presence of fighters inside their towns and villages".

Government forces have stepped up air attacks in Aleppo province in recent days, killing at least 57 civilians when they dropped "container bombs" on the IS-held town of Al-Bab at the weekend.

Also on Wednesday, 22 IS fighters were killed when regime warplanes struck a convoy travelling between the provinces of Deir Ezzor in the east and Hasakeh in the northeast.

According to the Observatory, the IS militants were all Syrians from Deir Ezzor.

The "Army of Conquest" rebel coalition, which includes Al-Qaeda branch Al-Nusra Front, announced online its assault on the villages of Fuaa and Kafraya.

"We decided to begin the 'Battle of Kafraya and Fuaa' against the forces of Assad and Iranian militias," a statement read.

The Army of Conquest said it decided to launch its attack after pro-Assad forces - including Lebanese Shia movement Hezbollah - began an offensive on Zabadani, the last rebel-held bastion along Syria's border with Lebanon, earlier this month.

It said the attack would "give you a taste in the north of what our people are tasting in Zabadani".

Hezbollah, which is supported by Iran, had stationed commanders in Kafraya and Fuaa and had trained local military leaders, the Observatory's Abdel Rahman said.

The Army of Conquest seized Idlib city on 28 March and went on to capture a major town and the province's largest military base.

Idlib province lies adjacent to the regime's coastal bastion of Latakia, the heartland for Alawites - the offshoot of Shia Islam from which the Assad clan hails.