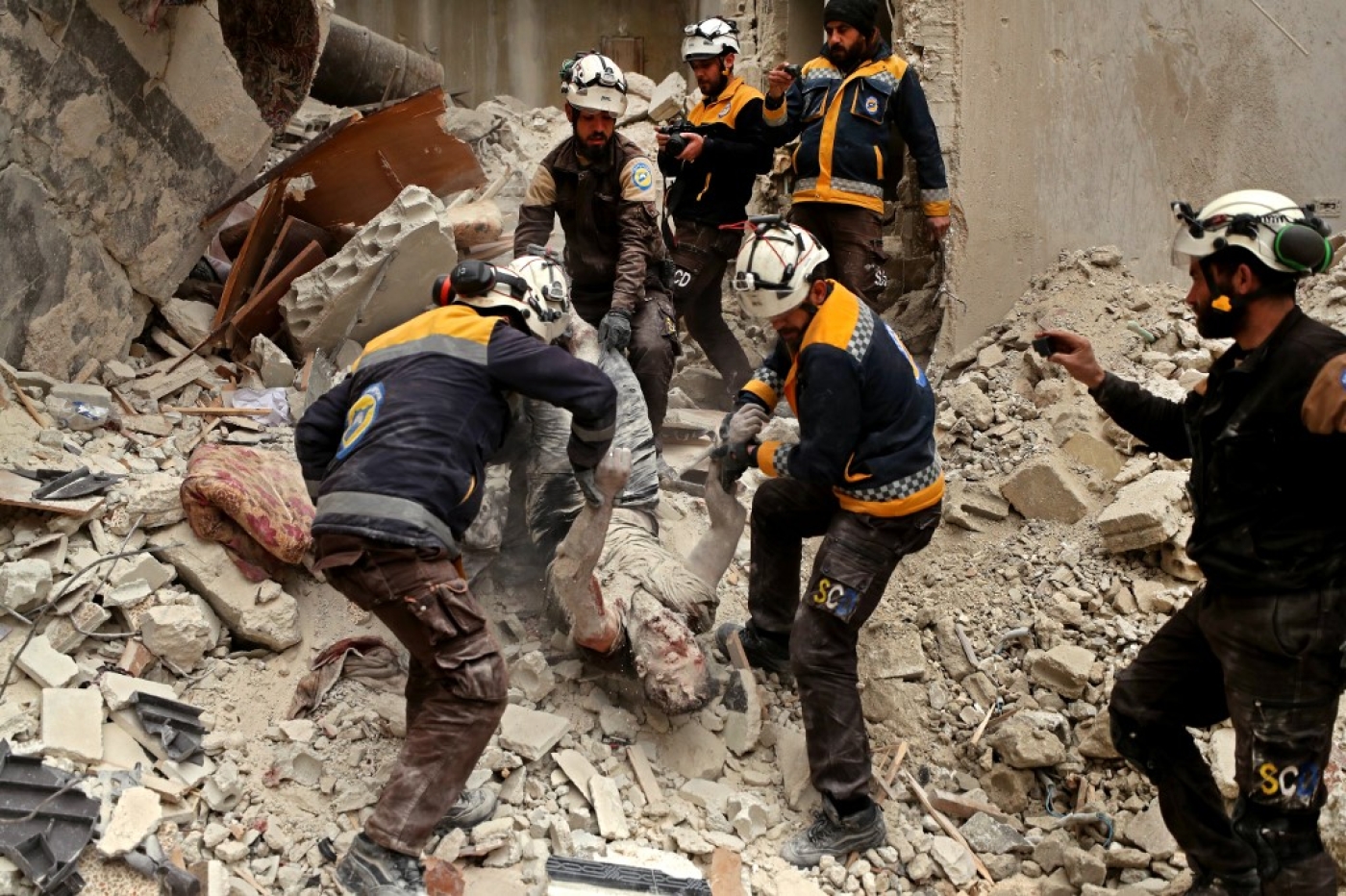 Syrian rescue workers attempt to remove a body after government bombing struck a building in Ariha, southwest of Aleppo (AFP)
By
MEE and agencies

The UK-based Syrian Observatory for Human Rights (SOHR) said on Sunday that government forces had been fighting to take control of the M5 highway as the government seeks to revive the country's economy.

SOHR head Rami Abdurrahman said that government forces were only five kilometres away from taking complete control of the highway.

This latest development comes as Turkey said it would change tactics in northwestern Syria if agreements over Idlib continued to be violated, Turkish Defence Minister Hulusi Akar told Hurriyet newspaper.

"If the agreement keeps being violated, we have Plan B and Plan C," Akar said.

Akar did not give details, but referred to Ankara's military campaigns in Syria since 2016.

Three out of 13 observation posts held by Turkish forces around the edge of Idlib as a consequence of a deal struck with Russia in 2018 are currently encircled by pro-Syrian government forces.

On Saturday, Syrian state media outlets said government forces had taken complete control of the Idlib town of Saraqeb, located on a junction near the M5 highway.

Both state news agency SANA and SOHR said that Assad's troops were pressing north along the motorway past Idlib's borders and linking up with a unit of Syrian soldiers in the Aleppo province.

Since December, Assad's forces have ramped up their bombing campaign of rebel-held Idlib in northwest Syria.

The violence has killed more than 300 civilians and sent more than half a million civilians fleeing towards the Turkish border during that time period, aid groups have reported.

Idlib province had been home to at least three million civilians, many of whom have been displaced from different parts of Syria.

The United Nations and aid groups have called for a ceasefire in Idlib and warned that the exodus will create one of the worst humanitarian catastrophes in the nearly nine-year conflict.