Four Tunisian police officers were killed during a "terrorist" attack overnight on the home of Interior Minister Lotfi Ben Jeddou in the west-central Kasserine region, a ministerial spokesman said Wednesday.

Two civilians were also injured in the attack, according to Tunisian news site Turess.

It was not immediately clear who, if anyone, was in the house at the time of the attack, but the minister himself normally stays in the capital Tunis while his wife and children live in Kasserine.

"Four police officers were killed and another injured during a terrorist attack with Kalashnikov rifles targeting the Kasserine home of the interior minister," spokesman Mohamed Ali Aroui told AFP.

The assailants were hooded and arrived in a pick-up truck, a local resident told AFP.

Jeddou, a member of al-Nahda party who assumed his post as Interior Minister in March 2013, has in the past taken a strong stance against what he calls “terrorism” in Tunisia.

On 25 May he announced that security services had foiled a plot to target several “national figures” and harm Tunisia’s economy and tourism industry, according to reports in al-Chourouk.

Kasserine, where Jeddou lives, is situated at the foot of Mount Chaambi on a mountain range bordering Algeria.

An Algerian general warned on Monday that the situation on the country's borders is "worrying."

He said that the deteriorating security situation in neighbouring countries required "permanent vigilance and rigorous deployment."

By 22 May, Algeria had closed all its land frontiers apart from its border with Tunisia, in accordance with President Bouteflika's decision.

A landmine explosion in the Mount Chaambi region, which has been a closed military zone since August 2013, killed a Tunisian soldier and wounded five others on 23 May.

Security forces have been battling dozens of militants hiding out in the remote Mount Chaambi region since late 2012.

Authorities suspect the militants of links to al-Qaeda, though affiliated groups have not been claiming responsibility for the attacks that have rocked Tunisia since its 2011 revolution.

The attack on the interior minister's house comes during a period of relative calm in Tunisia, after a bloody 2013.

Authorities have been talking in recent months of an improved security situation, despite warnings that the anti-terror struggle will be a long one.

Last year, more than 20 security personnel were killed in what the government calls "terrorism-related incidents.”

Two opposition politicians were also assassinated in separate attacks that plunged the country into crisis.

Prime Minister Mehdi Jomaa insisted on Sunday that the authorities were capable of "undermining the plans" of armed groups, but warned that battling militants would lead to as "heavy human losses as anywhere else in the world.” 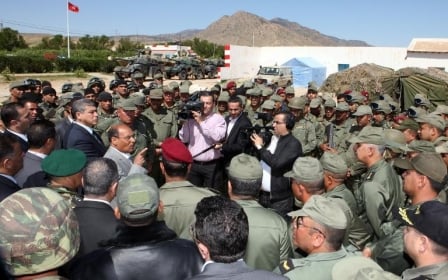 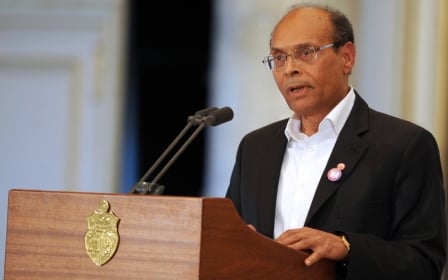 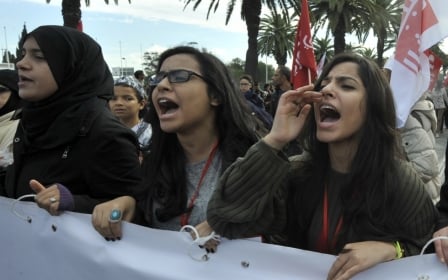