Bahrain to ban members of dissolved opposition groups from elections 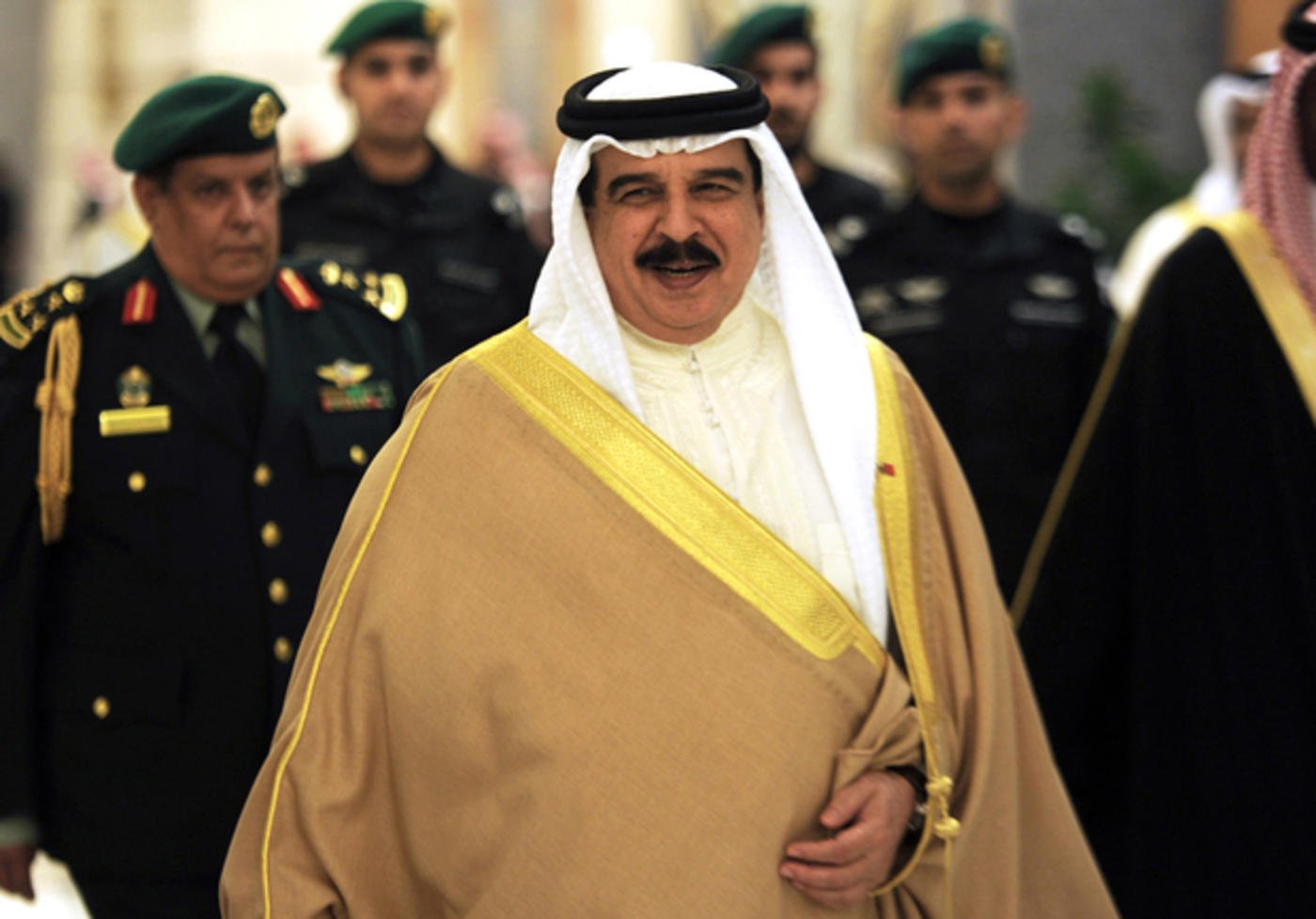 Bahrain's king, Hamad bin Isa al-Khalifa, is required to sign the bill for it to pass into law (AFP)
By
Reuters

Bahrain's parliament approved a bill on Sunday barring members of dissolved opposition groups from running in elections, the latest step in a crackdown against dissent ahead of parliamentary polls this year.

Courts in Western-allied Bahrain, where the US Navy's Fifth Fleet is based, last year dissolved the main opposition groups al-Wefaq and National Democratic Action Society (Waad), accusing them of helping to foster violence and terrorism.

The Shura Council, parliament's upper house, passed the draft bill that bans leaders and members of political associations dissolved by the judicial system from standing in elections "due to their serious violations of the constitution and laws of the kingdom," state news agency BNA reported.

The bill, which has already been approved by the House of Representatives, the lower house of parliament, still needs to be signed by the king to become law.

Wefaq, which has strong links to the country's Shia Muslim majority, and Waad, which is seen as a secular movement, have both campaigned for social and political reforms in the island state, which is ruled by a Sunni Muslim royal family.

A former member of parliament for al-Wefaq, Ali Alaswad, criticised the move as an attempt to further stifle any opposition in the country.

"This latest move only confirms that Bahrain has no interest in welcoming opposition views into either parliament or the political process as a whole," he told Reuters by telephone from London.

Main opposition groups, including al-Wefaq, boycotted the last parliamentary elections held in 2014 to protest what they described as an unfair electoral system.

Bahraini activists say members of the Shia majority are subjected to systematic political and economic discrimination by the government, a charge the authorities deny.

Since the authorities crushed street protests in 2011, demonstrators have clashed frequently with security forces, who have been targeted by several bomb attacks.

Bahrain has accused the opposition of undermining security and blamed the bombings on Iran and Lebanon's armed Shia group Hezbollah. Iran and Hezbollah deny any involvement in Bahrain's unrest.