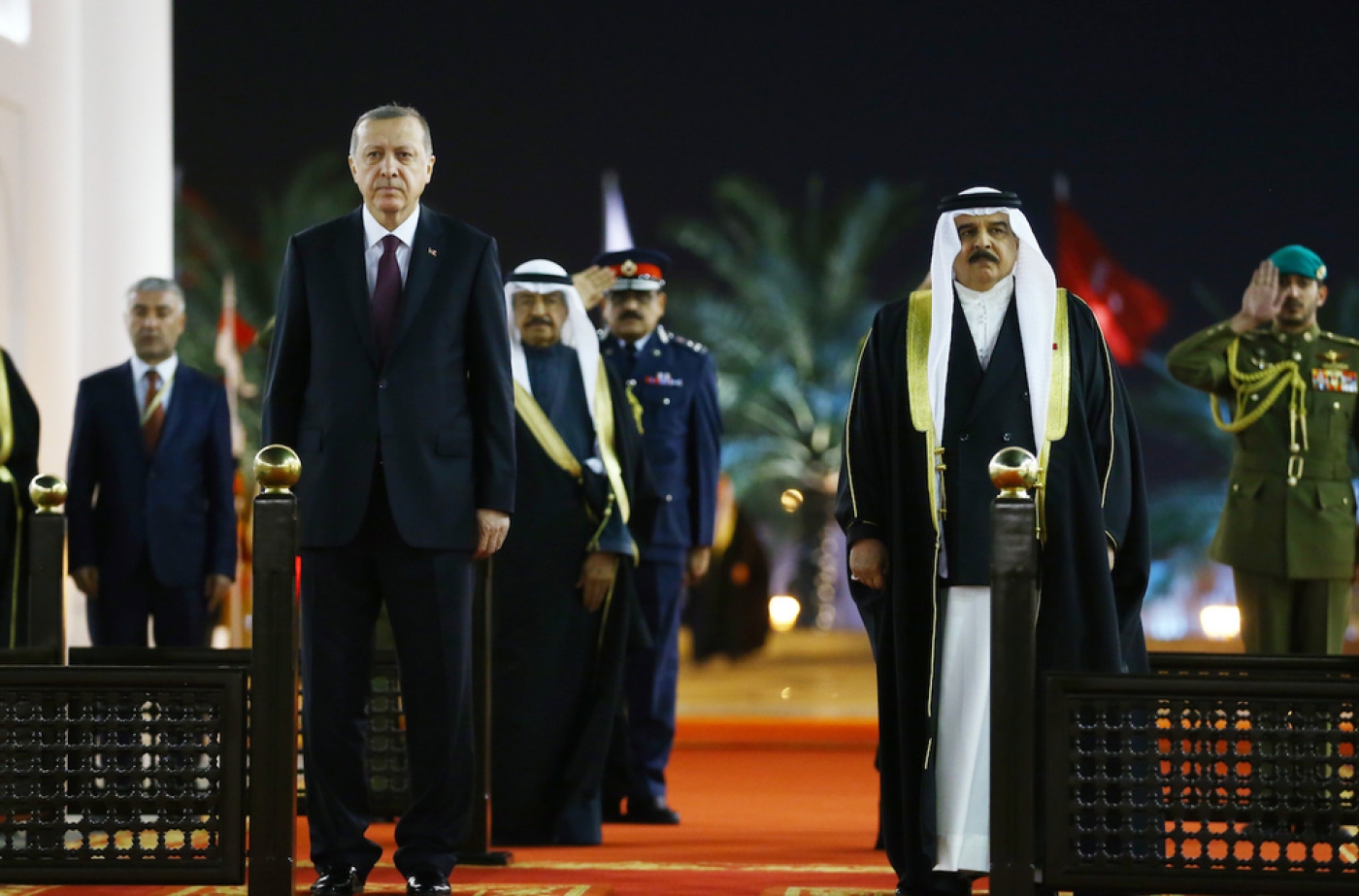 The foreign minister of  Bahrain, one of the Arab countries to cut ties with Qatar amid a bitter row between the Gulf neighbours, will on Saturday visit Turkey which has close ties with Doha, the Turkish foreign ministry said.

Bahraini Foreign Minister Sheikh Khalid bin Ahmed Al-Khalifa will meet with his Turkish counterpart Mevlut Cavusoglu , as well as Erdogan to discuss the "latest developments in the region", the ministry said in a statement.

Bahrain joined Saudi Arabia, the United Arab Emirates (UAE), Egypt and other states this week in cutting ties with Qatar over what they say is the emirate's financing of extremist groups and its ties to Iran, Saudi Arabia's regional arch-rival.

Qatar hit back at allegations that it supports terrorism after the four Arab states blacklisted as terrorists dozens of people with alleged links to the country.

The announcement on Thursday named in a statement 59 people, including Muslim Brotherhood spiritual leader Yusuf al-Qaradawi, and 12 entities, among them Qatari-funded charities Qatar Charity and Eid Charity.

"The recent joint statement issued by the kingdom of Saudi Arabia, Bahrain, Egypt and the UAE regarding a 'terror finance watch list' once again reinforces baseless allegations that hold no foundation in fact," the Qatari government said in a statement.

"Our position on countering terrorism is stronger than many of the signatories of the joint statement - a fact that has been conveniently ignored by the authors."

Qatar said it led the region in attacking what it called the roots of terrorism, giving young people hope through jobs, educating hundreds of thousands of Syrian refugees and funding community programmes to challenge extremist agendas.

"We are convinced that now is the hour of diplomacy and we must talk to each other," Gabriel told reporters after a meeting Qatari Foreign Minister Sheikh Mohammed bin Abdulrahman al-Thani in Wolfenbuettel, Germany.

"Along with our American colleagues but above all our colleagues in the region, we must try to find solutions, especially lifting the sea and air blockades," he said.

Sheikh Mohammed said the blockade of Qatar broke international law and described the severing of land, air and sea links to his country as "collective punishment".

"These procedures that were taken (are) clear violations of international law and international humanitarian law. They will not have a positive impact on the region but a negative one," he told reporters.

"What is the crime that Qatar committed to deserve this collective punishment that violates all international laws?" he said.

Gabriel said he was optimistic that diplomatic efforts by the United States, Kuwait, the European Union and Germany could defuse the crisis, saying "it must not end in further escalations that include violence."

Qatari-funded non-profits Qatar Charity and Eid Charity were named by the Saudi-led group of states along with a Libyan militant group and six Bahraini organisations, including Bahraini Hezbollah. Qatar was a part of a Gulf military coalition that helped Bahrain put down a 2011 popular uprising the government claimed was supported by Iran to foster instability in the Gulf island.

In a joint statement, the four countries said they have agreed to put 59 individuals and 12 groups “linked to Qatar” on their terror lists.

The statement said the announcement highlights the countries’ commitment to “combat terrorism and dry out its funding”. The four nations also said the move is a result of Doha’s failure to live up to its pledges and agreements to stop supporting and harbouring individuals and organisations that pose a threat to their national security.

In 2014, Saudi Arabia expanded its list of terrorist groups to include the Muslim Brotherhood, while the UAE designated several Muslim American civil rights organisations, including the Council on American-Islamic Relations, as terrorist.

Among the 18 Qataris named by the four Arab states are alleged terrorism financiers as well as prominent businessmen, politicians and senior members of Qatar's ruling family including a former interior minister.

Abdel Hakim Belhadj, a former Libyan Islamist commander, is one of five Libyans listed, while Qaradawi and firebrand Salafi preacher Wagdy Ghoneim are among the 26 Egyptian nationals.

The list includes Shia militant groups in Bahrain seen by some Gulf Arab governments as linked to Iran, including Saraya Ashtar, Saraya Mukhtar, and February 14 movement. Gulf Tensions
'We are not ready to surrender,' Qatar's foreign minister says