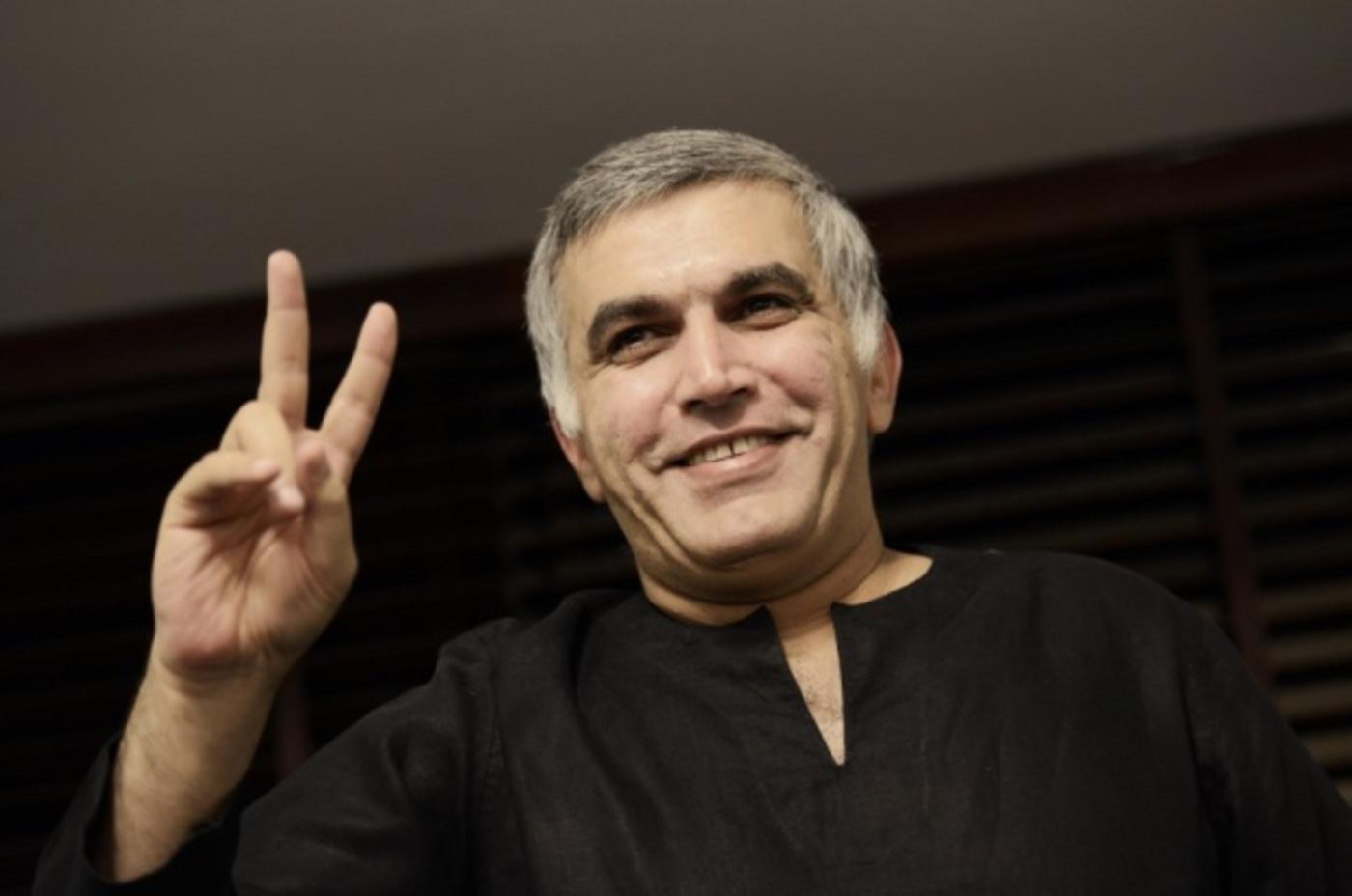 Prominent Bahraini rights activist Nabeel Rajab was sentenced to five years in prison on Wednesday after he was convicted over critical comments he made on Twitter about the government, his lawyer and activists said.

Rajab, a leading figure in pro-democracy protests that swept Bahrain in 2011, is already serving a prison sentence for making "false or malicious" statements about authorities in Bahrain.

Those charges arose from a January 2015 interview cited by the prosecution, in which he was alleged to have said that Bahrain was holding political prisoners who were subject to torture.

Rajab's son Adam tweeted that his father's "first reaction was to smile and flash the sign to hold strong".

Human rights groups warned last month that they feared for the health of Rajab, who has been hospitalised multiple times in recent years.

Sayed Ahmed Alwadaei, from the Bahrain Institute for Rights and Democracy, criticised the sentencing, and British and American support for the Bahraini government.

He said: “This judgment is a prime example of how the Bahraini courts are curtailing freedom of expression by deterring Bahraini citizens from criticising its authorities. Instead of rewarding Nabeel Rajab for his brave and commendable exposure of human rights abuses and advocacy for peace, the authorities have chosen to punish the messenger.

"It seems that the unconditional support from the UK and the US has simply emboldened the Bahraini government to continue its crackdown on civil society.”

Nabeel Rajab: Held for a year on remand in Bahrain and does anybody care?
Bill Law
Read More »

However, UK Foreign Office minister for the Middle East Alistair Burt expressed "concern" over the sentence and uged Bahrain to protect "freedom of expression for all of its citizens, in line with its international obligations".

US State Department spokeswoman Heather Nauert said on Tuesday that Washington had "very serious concerns" about the case against Rajab, whom she called "a prominent human rights activist".

Since 2011, Bahraini authorities have jailed dozens of high-profile activists and disbanded both religious and secular opposition groups.

They have stripped hundreds of those convicted of their citizenship, making many stateless, according to Amnesty International.

The government has accused Iranian authorities of backing the protest movement in a bid to overthrow it. Tehran denies any such aim.