The charges come as the government controversially looks to take over collection of a Shia tax, known as the fifth 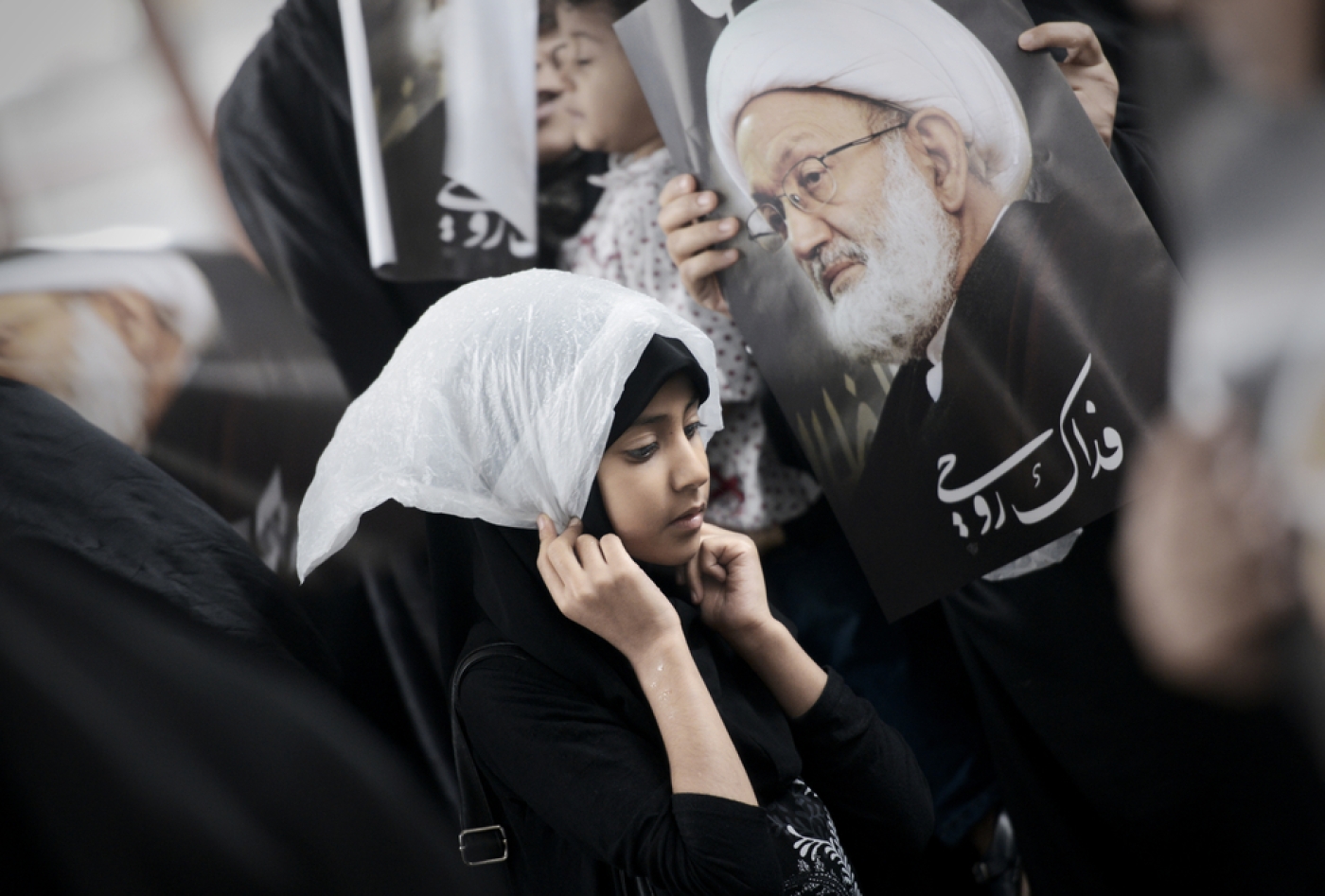 Sheikh Isa Qassim stands accused of illegal fund-raising and money-laundering and faces up to seven years in jail and a one million Bahraini dinar ($2.6 million) fine if found guilty. The trial is expected to take place next month, government sources said.

The charges, sources told Middle East Eye, are likely to accelerate plans to strip the country’s Shia imams of the right to collect a religious contribution from the faithful, known as the fifth or khums, which could happen as soon as the end of the year.

Authorities claim the money has been going to Iran and have been particularly upset about the funds being used to support Bahraini prisoners arrested on terrorism charges.

Shia clerics strongly deny any wrongdoing, and even before the official charge was made they had called on the faithful to resist any attempts to reform the khums, with opposition social media accounts erupting with allegations of state abuse and treachery.

“Investigations have confirmed that Qassim harnessed the money of poor Shias to finance terror activities in Bahrain and that he sent some of those fundings to Iran,” said a senior government source, who spoke to MEE on condition of anonymity.

“We [the authorities] will be collecting the khums in a transparent way although [I admit that] the process will take time.”

Sheikh Mohsin al-Asfoor, the chairman of the board at the Jafari Endowments - a government-appointed body - confirmed to MEE that he has been approached to personally supervise the collection.

The tax amounts to 20 percent of all excess wealth that has accumulated in the accounts of the faithful for more than a year and is different from the 2.5 percent zakat paid by Sunni Muslims.

Traditionally the khums has been collected by imams. Authorities have not probed the religious contribution, despite widespread crackdowns on the opposition that followed after the 2011 uprising against the royal family.

The controversy first erupted last month, when the Public Prosecution’s chief prosecutor in Manama province, Mohammed al-Maliki, accused Qassim of corruption and said that he had misappropriated funds in the excess of $10 million.

According to the source, the accusations against Qassim link back to three suspicious bank accounts with Bahrain’s Future Bank which authorities moved to close earlier this year over alleged links with Iran.

Particular attention is being paid to large sums that Qassim allegedly paid out to Shia prisoners locked up on terrorism charges, the source said.

On 20 June, five days after the corruption claims were made, Qassim was stripped of his citizenship on national security grounds, prompting tens of thousands of his supporters to take to the streets. The next day, Qassim’s office, known as al-Bayan, was raided by police.

A week later, the government officially said that it was looking into taking over the khums collection. The move came on the back of a string of crackdowns that appear to have taken aim at the island’s Shia majority. In late June, a temporary ban was placed on the country’s main party, al-Wefaq, for allegedly supporting terrorism, and on Sunday the party was officially dissolved by a court in the capital Manama.

Recent weeks have also brought the closure of several prominent Shia-linked charity organisations that have been shut down for breaching the law.

The Shia community, however, vowed to resist.

Sheikh Hassan al-Shatri, one of the most prominent Shia religious clerics in Bahrain, stressed that the government calls to reform the khums were a clear provocation and that citizens would refuse to obey the government.

“It is not acceptable that we have to obtain an approval to perform a religious obligation such as prayers,” Satri’s office told MEE by email. “This violates sectarian privacy.”

Dr Ebrahim al-Alaradi, an exiled Bahraini doctor and activist, tweeted: “That the corrupt person, Mohsin al-Asfoor, wants to take the fifth money, what a joke? There is not a single high Shia scholar who recognises you – you worshiper of sultans #Bahrain

Another user, describing themselves as a pro-uprising activist said: “To the thug, and whoever in the regime gave you your position … the people will not grant you their trust over one dinar so how will they do so with their legitimate money (of the fifth).”

Despite the opposition, the government source said that authorities were determined to go ahead with the move and that parliament will now debate whether to permit the Jafari Endowments Directorate to collect the khums.

Asfoor, the directorate’s head, told MEE: “The moneys will be distributed among charities to be given for those in need.

“We do not accept that those sources go to a foreign country,” he added.

But many ordinary Bahrainis say that reforming the khums and accusing Qassim of corruption is the last straw.

Jaffar Mohammed, a baker in al-Duraz Shia village east of the capital Manama, said that his cousin was “accused of participating in terror activities and he has a poor family”.

“We are going to be deprived from such money and starve if the government starts to collect the fifth,” he said.

Om Fatima, a housewife from Sitra, a poor district southeast of Manama, also said she fears that thousands of Shia youths, who have been locked up for protesting, will be stripped of the payments, which would hit their families hard and force elderly relatives to beg on the street.

For now, authorities appear to be standing firm against the criticism and says they are acting in the name of national security.

“No one is above the law,” the senior government source said. “We will ask him to come to court and he will be arrested if he does not show up.”