A group of Bangladeshis stranded in the Mediterranean Sea for over three weeks arrived in Dhaka on Friday after they were deported from Tunisia.

The 17 Bangladeshis returning home were among 75 migrants, mostly from Bangladesh, stuck aboard a boat off the coast of Tunisia where authorities refused to let them into the country.

The group included 32 children, including a large number of unaccompanied minors.

Thirty-three more Bangladeshis are set to be deported to their home country from Tunisia in the coming days, aid workers in Bangladesh told Middle East Eye.

Egyptian tugboat Maridive 601 rescued the migrants off the coastal city of Zarzis in late May after the migrants left Libya in the hope of reaching Europe by sea.

Local authorities initially refused to let the migrants into the country unless they agreed to be repatriated back to their country of origin.

Last August, another commercial ship, the Sarost 5, was stranded for more than two weeks at sea with 40 migrants that it had rescued.

Worried about creating a precedent, Tunisian authorities said they accepted the migrants as an exception and for "humanitarian" reasons.

On 10 May, 16 migrants - most from Bangladesh - were saved by Tunisian fishermen after their boat sank, killing around 60 others. Two of those rescued decided to return home.

Humanitarian boats and those of the European Union's "Operation Sophia" anti-piracy force have scooped up most migrants stranded in the Mediterranean in recent years.

But rescue operations dropped in 2019, due to a reduction in Sophia's operational zone and steps taken against rescue NGOs by European states seeking to limit migration. 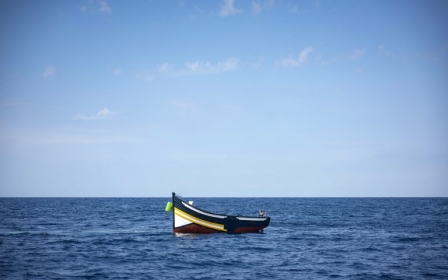 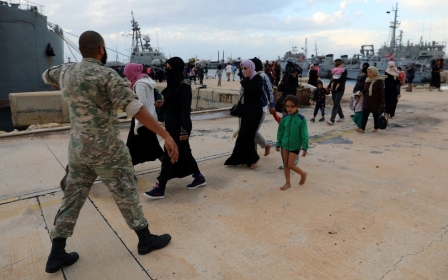