"Regime aircraft launched strikes and dropped barrel bombs on a number of neighbourhoods in the east of Aleppo for the first time since October 18," said Rami Abdel Rahman, director of the Syrian Observatory for Human Rights monitor.

An AFP photographer in the eastern side of the city said the Sakhur and Masakan Hanano neighbourhoods had been hit.

The raids came as Moscow said jets taking off from the Russian Admiral Kuznetsov aircraft carrier in the eastern Mediterranean had launched their first strikes in Syria, in Idlib and Homs provinces.

Footage posted by the Russian Ministry of Defence showed fighter jets taking off from the flight deck of the Admiral Kuznetsov.

The bombardment of east Aleppo ended a period of relative quiet for more than 250,000 people living in the besieged rebel-held side of the city.

Moscow announced on 18 October it was halting its air strikes in Aleppo ahead of a short-lived truce, and Syrian strikes on the east of the city have also subsided since then, with bombardment mostly confined to areas where clashes were taking place on the edge of the city.

The respite came after international criticism of a ferocious assault launched by Syrian and Russian forces on 22 September in a bid to recapture east Aleppo.

The bombing campaign killed hundreds of people, including civilians, and destroyed infrastructure.

Moscow has organised several brief truces intended to encourage residents and surrendering rebels to leave east Aleppo, but few have done so.

High use of cluster bombs.

No aid has entered the east of the city since it was first surrounded by government troops in mid-July, and the UN warned on Thursday that it was distributing its last remaining food rations in the rebel districts.

On Sunday, residents in the east received text messages from the army warning rebels to leave within 24 hours.

"Those who want to save their lives must put down their weapons and their safety will be guaranteed. After the end of this period, the planned strategic offensive will begin," the message said.

Once Syria's economic powerhouse, Aleppo has been ravaged by the war that started in March 2011 with anti-government protests. 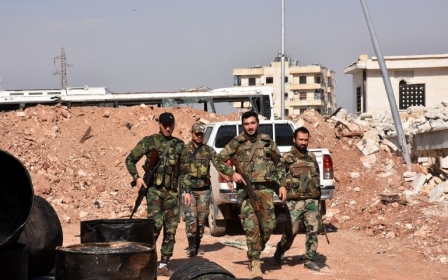 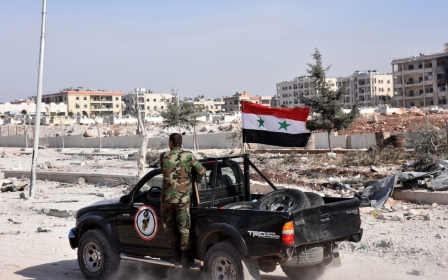 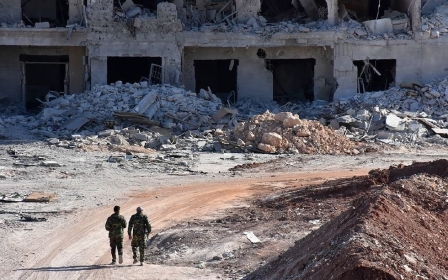