Beirut Madinati is attracting support in some corners of Lebanese capital, but will it be enough to compete in country's complex political web? LEBANON - The streets of Beirut have been abuzz in recent weeks ahead of municipal elections scheduled to take place Sunday. Tens of thousands are expected to turn up to cast their votes in the first election to take place since 2010, but it is the arrival of a new player on the block that has really galvanised the capital’s younger residents.

Rafic Helou is a banker who works long, hard days. As the sun sets at 7pm and his colleagues head home, he swaps his suit for a T-shirt and sneakers and takes to the street, where he stops people and tries to convince them to vote for Beirut Madinati.

“I used to be politically involved at university, but I found politics disappointing. I thought I’d keep out of it, but with this new party I believe in change again,” the 29-year-old volunteer told Middle East Eye.

Like many other young Beirutis, Helou said he has finally felt an opening in Lebanese politics which for the first time in decades has a new political force.

Beirut Madinati (Beirut, my city) was formed last year and is based on a non-sectarian, civil society, eco-friendly platform. It is fielding 24 candidates for 24 spots on the municipal council and has big hopes for the future.

It groups together young activists, technocrats and opinion leaders with one aim: to provide real solutions to the citizen’s daily problems.

It is this promise to shift away from the old sectarian politics that motivates Helou and 2,000 other young volunteers like him to visit shop after shop, cafe after cafe, distributing flyers and engaging with the public.

While Madinati has managed to attract a lot of goodwill among certain sections of Lebanese society, its supporters still feel they are facing an uphill struggle and wonder if they can ever hope to compete in Lebanon’s complex political arena.

“We are a working group, and the idea emerged last summer during the protests against the garbage crisis,” May Daouk, one of the candidates, said.

“We needed a political project and electoral ambition to truly challenge the ruling class. The municipality gave us an aim”.

Green spaces, social housing, transport and rubbish collection are among the issues they offer to tackle in their programme.

As the political situation in Lebanon has grown increasingly sclerotic (the country has not been able to agree on a president in almost two years, and the parliament’s mandate technically expired in 2013) issues like these have been pushed even further down a political agenda dominated by the rivalry between the Saudi-backed March 14 bloc and the Hezbollah-dominated March 8 bloc.

Madinati, however, has said that it thinks that by solving the small stuff it can help enact change further up the line.

“We don’t need to have an agreement between Syria and France to open a decent bus line,” said Daouk, adding that the ruling class often hid behind international intrigues to justify inaction.

Hussam Hawwa, a water engineer and candidate with Beirut Madinati, also said that he was ready to fill a gaping hole left by the traditional parties.

“Lebanese political parties are deficient,” he said. “They are sectarian and corrupt … They have proved that they have no sense of public interest. In fact, they act like mini-mafias.”

While Madinati dreams big, Lebanon’s political patchwork has forced it to compromise.

In this election, citizens vote for a list of 24 municipality council members who will then elect a mayor among themselves. It is customary to have religious parity between Christians and Muslims and for the mayor to be a Sunni Muslim.

“We want to reinvent the wheel, but we also want to win,” said university professor and campaign manager Jad Chaaban.

While the group has enacted gender parity, it has made concessions to the implicit confessional quotas. They have presented candidates from all the sects, and the head of the list is a Sunni Muslim.

“We have to choose our battles,” says Chaaban. “Our goal now is not to topple the confessional system.”

Druze leader Walid Joumblatt and former interior minister Ziad Baroud have backed the group, but if Beirut Madinati is to stand a chance on Sunday it will have to overcome the dominant bloc of former prime minister Saad Hariri, who heads the March 14 faction.

Since the end of the civil war in 1990, the municipality council of Beirut has been under the influence of the Hariri family – first under former prime minister Rafic Hariri, who was assassinated in 2004, and then under Saad, his son.

The Hariris own Solidere, a construction company that has de facto been running every major infrastructure project since 1994, including the controversial revamping of Beirut’s downtown.

The former prime minister has spared no time reminding residents of his family’s legacy.

“Beirut was and remains the facade of Rafic Hariri's political project … It is our responsibility to say, through our votes on Sunday, that Beirut is still committed to the project of Rafic Hariri,” said Saad Hariri.

Hariri and his troops have been campaigning hard all week, but on social media their tendency to constantly remind the Lebanese of their legacy has attracted criticism.

For this election, the traditional political forces have allied under one list: Bayarti (The Beirutis). Hariri is not running, but his designated candidate, Jamal Itani, who is also a manager at Solidere, is widely expected to become mayor.

Even so, the Hariri political machine is not what it once was, and corruption scandals have started to poke holes in the status quo. Criticism of Beirut's municipality govrernment, which stands accused of stealing the city’s parks, selling its last public beach and destroying its heritage, has grown increasingly vocal.

Hariri has also been subjected to a slathering of poor publicity. Earlier this year it emerged that several of the politician’s companies, including Saudi Oger, Future TV and al-Mustaqbal newspaper, had not paid their employees for months, making it difficult for him to justify a lavish campaign.

The ongoing rubbish crisis, which last summer saw collection grind to a halt throughout the capital, leaving festering bags of filth on the streets for weeks at a time, has further damaged the ruling elite that has governed Lebanon in some form since the end of the civil war in the 1990s.

Angry citizens took to the streets and, although the protests didn’t last long, resentment has festered.

Madinati is banking on this to win and hopes that anger will get people to the polling stations.

“We are betting on this, and we are telling people they now have a different option; at least come down and vote,” Jad Chaaban, the campaign manager, said.

That approach seems to have resonated with some among the city's traditional political elite.

In a phone interview with MEE, Bayarti candidate Itani stressed that the list was full of technocrats with little in the way of links to the ruling parties.

“We are not affiliated to any party. Bayarti is an independent list of technocrats that reflects the families, regions and spiritual leaders of Beirut,” he said.

A couple of hours after the conversation, however, he stood side by side with Hariri at a rally urging voters to respect the memory of the slain leader.

While young voters say they are sick and tired of this kind of approach, they still face an uphill struggle.

The voting process is painfully complex, making Madinati's drive to get people to the voting stations all the more difficult.

“The state is weak, but contrary to the general belief the regime is very strong,” sais Wissam el Lahham, professor of political science at Saint Joseph University.

According to the Lebanese voting system, people don’t vote where they live but where their families originate from, and it is estimated that only about half of people living in Beirut vote there, cutting the possible pool of no-show voters.

On election day, citizens will have to find the right voting booths, which are divided according to 12 Beirut districts and segregated on religious lines. A Christian Maronite will not vote in the same place as a Muslim Sunni even if they live on the same street.

In order to cast their ballots, voters will have to bring ID and a physical copy of the ballot paper, which will not be provided at the voting booth. There is wide concern about corruption amid rumours that in previous elections volunteers had distributed false lists to their opponents’ voters.

Helou and the other volunteers have been busy handing out papers, but even this is met with scepticism by some.

A voter who did not want to give his name said he would vote Beirut Madinati but that he was scared to take the list from the activists.

“How will I know it’s really your party distributing them?" he said.

"They can dress up like you and give me the wrong paper and I won’t recognise all the candidate’ names!” 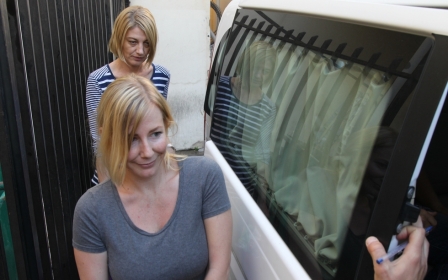 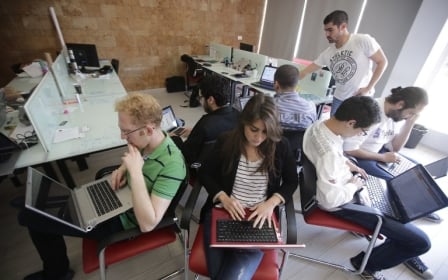