Geopolitical rifts between Turkey, UAE, Russia and Egypt are currently playing out in Libya 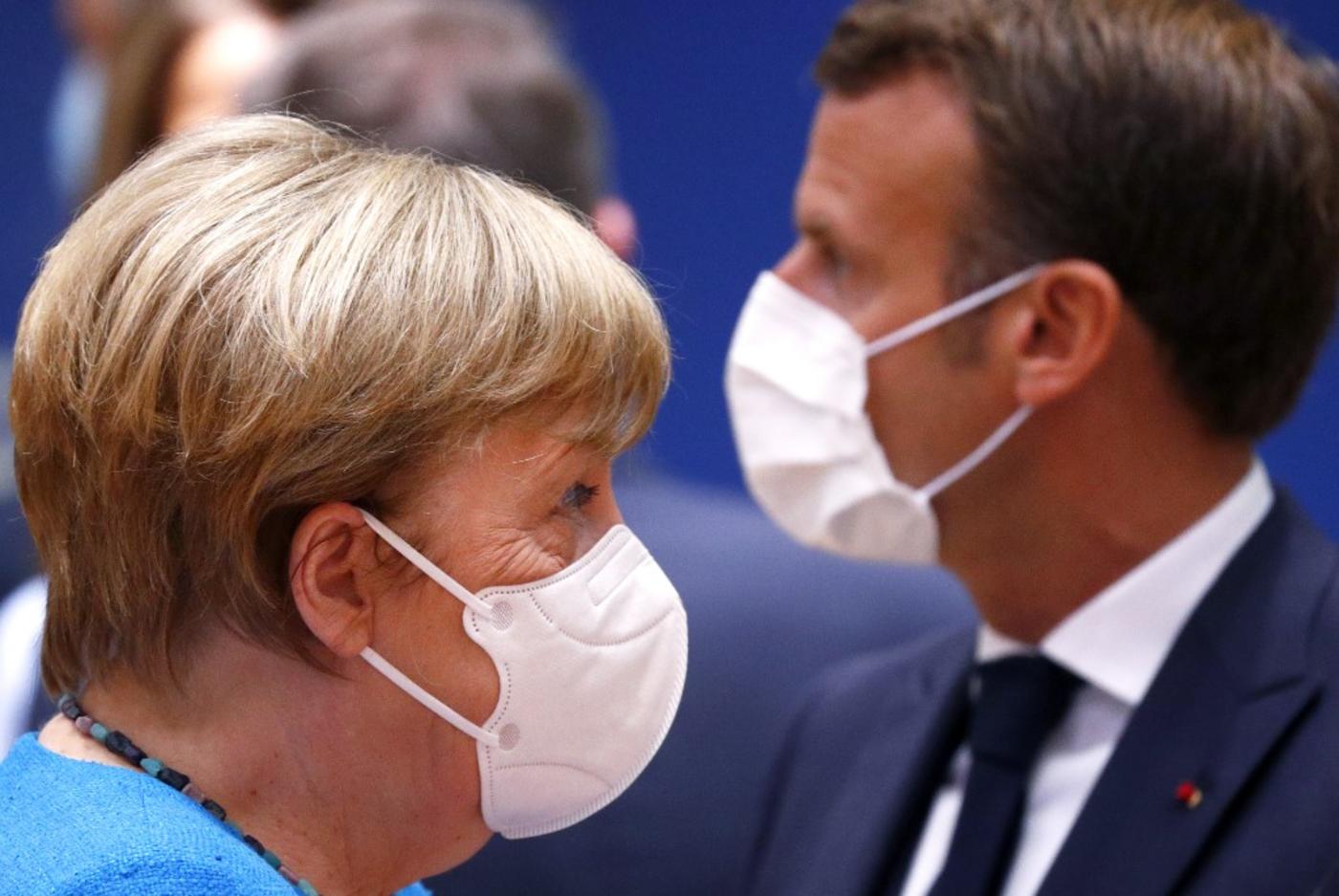 The leaders of France, Germany and Italy said they were "ready to consider the possible use of sanctions" (AFP)
By
MEE and agencies

France, Italy and Germany are prepared to sanction foreign powers violating an arms embargo in Libya, a joint statement by their leaders said Saturday.

The statement did not directly name any foreign actors funnelling arms to Libya but multiple powers have been sending fighters and weapons, fuelling a bloody proxy war that reflects wider geopolitical rifts and divisions in the Middle East and within Nato.

While forces loyal to strongman Khalifa Haftar are backed by Russia, Egypt and the United Arab Emirates, the UN-recognised unity government is fighting back with Turkey's support. Last year, France denied that it had supplied arms to Haftars's forces after French-made missiles were found at a rebel base.

'Take a more robust role': US hits out at Europe over Libya inaction
Read More »

"We... urge all foreign actors to end their increasing interference and to fully respect the arms embargo established by the United Nations Security Council," the statement said.

"We are ready to consider the possible use of sanctions should breaches to the embargo at sea, on land or in the air continue."

Voicing "grave concerns" over the escalating military tensions in Libya, they called on "all Libyan parties and their foreign supporters for an immediate cessation of fighting and for a stop of the ongoing military build-up throughout the country".

In Brussels for a crunch EU summit on hammering out a huge recovery fund for the bloc, the three European leaders had met on the sidelines of the meeting to discuss the deteriorating situation in Libya.

Since 2015, a power struggle has pitted the UN-recognised, Tripoli-based Government of National Accord (GNA) against forces loyal to Haftar, who is based in eastern Benghazi.

Ankara's military support for the GNA has tipped the balance and allowed its forces in June to repel Haftar's 14-month advance on Tripoli and launch a counteroffensive.

On Saturday, the GNA moved fighters close to Sirte, a gateway to Libya's main oil terminals, in an effort to recapture it from the LNA.

But Egypt, which backs the LNA alongside the United Arab Emirates and Russia, has threatened to send troops into Libya if the GNA and Turkish forces try to seize the city, a former Gaddafi stronghold.

Libya has been mired in chaos since the 2011 uprising that toppled and later killed longtime dictator Muammar Gaddafi. Libya Crisis
'Take a more robust role': US hits out at Europe over Libya inaction