US President Joe Biden speaks to the media in Rehoboth Beach, Delaware, on 3 June 2022 (AFP)
By
MEE staff

US President Joe Biden left the door open on Friday to a possible meeting with Saudi Crown Prince Mohammed bin Salman, as the administration looks to shore up its alliances in the region.

Biden told reporters in Delaware that an upcoming trip to Israel and the region had not yet been finalised, but confirmed that he may visit the kingdom later this month.

The move would mark a stark reversal in Washington's approach to the kingdom after Biden pledged on the campaign trail to make Saudi Arabia, a long-time US ally, a pariah state.

"I'm not sure whether I'm going," Biden responded when asked at a press briefing whether he'd be travelling to Saudi Arabia.

"I have no direct plans at the moment," he added. "There is a possibility that I would be going to meet with both the Israelis and some Arab countries at the time, including, I expect, would be - Saudi Arabia would be included in that if I did go." Ties between Washington and Riyadh have come under strain since Biden took office last year.

The White House has criticised Riyadh over human rights abuses and authorised the release of a US intelligence report that accused Crown Prince Mohammed bin Salman, also known as MBS, of ordering the 2018 killing of Middle East Eye columnist Jamal Khashoggi.

Meanwhile, Riyadh has been alarmed by what it views as the Biden administration’s tepid response to missile and drone attacks from Houthi rebels in Yemen.

More recently, the two countries have clashed over Russia's invasion of Ukraine. Riyadh has rejected US pleas to pump more oil amid soaring energy prices, instead sticking to a plan for modest production increases with Moscow.

The decision has frustrated Washington's attempts to isolate Russia on the global stage. Rising gas prices have also become a hot button political issue in the US with mid-terms approaching.

"Look, I'm not going to change my view on human rights, but as president of the United States my job is to bring peace if I can, and that’s what I’m going to try and do," Biden told reporters when pressed if he still considered Saudi Arabia a pariah.

Asked if he would meet with MBS if he does visit the kingdom, Biden said: "We're getting ahead of ourselves here. What I want to do is see to it that we diminish the likelihood that there's a continuation of some of the senseless wars between Israel and the Arab nations and that's what I am focused on."

The report of the planned Saudi trip was criticised on social media, including by Saudi dissidents.

"We as Saudi activists harmed by MBS feel betrayed by Biden," tweeted Abdullah al-Odah, an activist whose cleric father is currently imprisoned in the kingdom.

"Shaking hands with the same person who killed our friend Khashoggi, arrested our loved ones and tortured them, banned many of our family members from travel in order to blackmail us, and harass us here in the US?!"

On Thursday, Opec and its allies agreed to modest production increases in July and August. The move followed a flurry of diplomatic outreach by Brett McGurk, Biden’s top White House adviser on the Middle East, and Amos Hochstein, the State Department’s senior adviser for energy security. 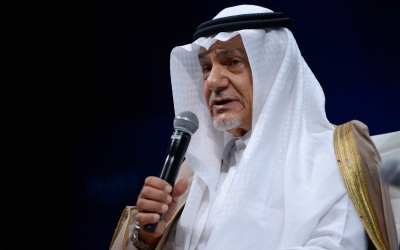 Industry analysts are sceptical that the increase is enough to tame rising prices. Brent crude has moved higher since Thursday's decision.

Biden welcomed the Opec decision as a positive step, but said he didn’t know if the increase would be "enough".

This week the administration sought to capitalise on a few foreign policy wins, in moves that could lay the groundwork for a pivot on its approach to the kingdom.

On Thursday, warring sides in Yemen's civil war agreed to extend a UN-mediated truce for two months. Biden, who has been critical of the Saudi-led war effort in Yemen, entered office promising to end the conflict

He praised the Saudis for the ceasefire in a statement on Thursday, saying the kingdom “demonstrated courageous leadership” by implanting the truce.

Also on Thursday, the Jerusalem Post reported that a deal had been reached in US-brokered talks for Egypt to transfer a pair of Red Sea islands to Saudi Arabia that would also address Israeli security concerns.

As part of the agreement, Riyadh would take some steps to normalise relations with Israel, including allowing Israeli airlines to fly over its airspace. 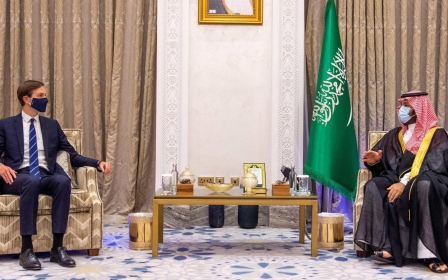