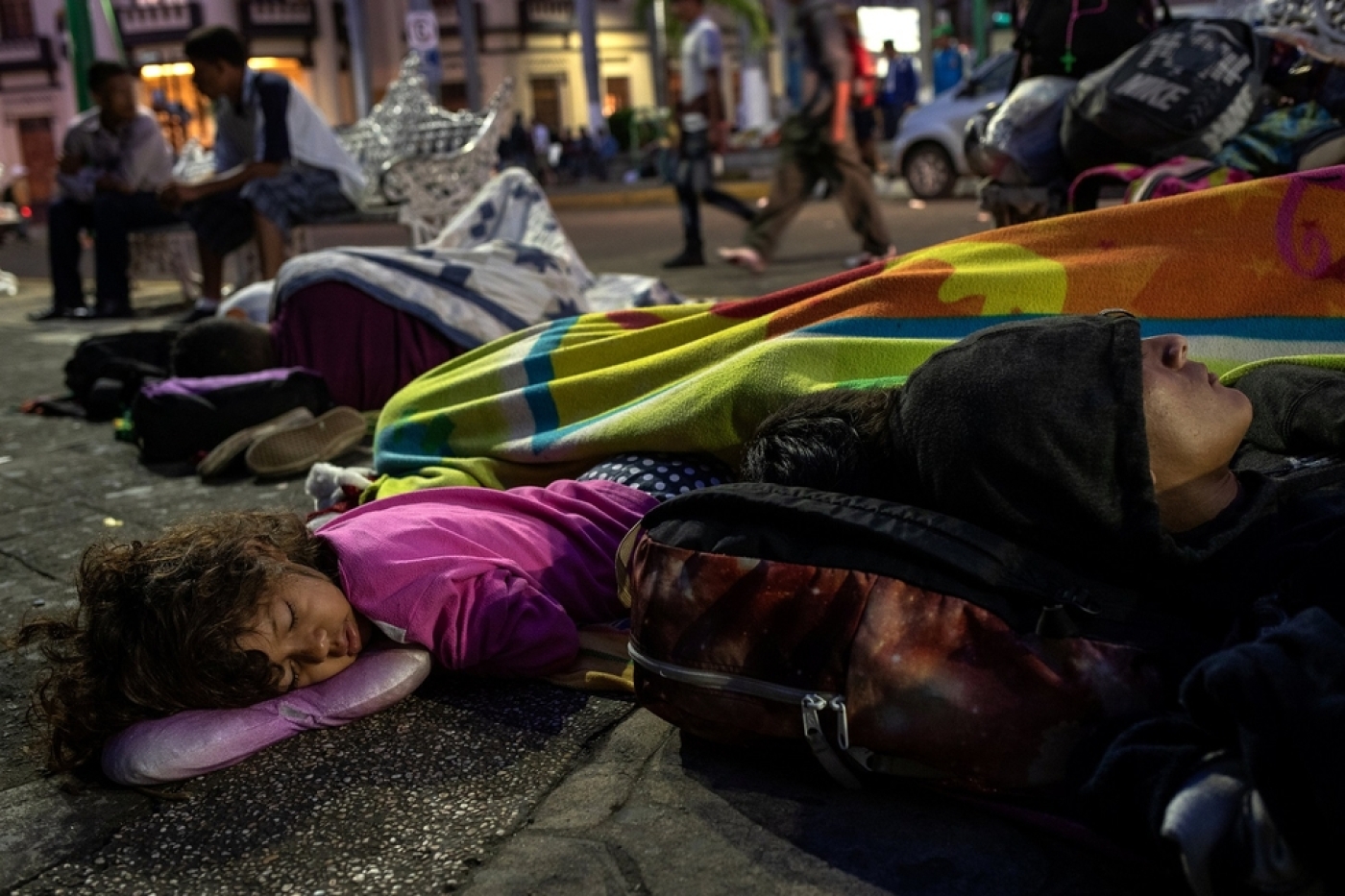 Migrant family, part of a caravan of thousands from Central America en route to US, Tapachula, Mexico, 22 October (Reuters)
By
MEE staff

Donald Trump warned on Monday of "unknown Middle Easterners" in the midst of a migrant caravan heading to the US border from Central America.

Trump urged reporters to go into the middle of the caravan and "search".

Earlier in the day, he bemoaned Mexican authorities' inability to stop the caravan.

The Council on American Islamic Relations (CAIR) accused Trump of pushing his agenda to create fear "regardless of truth, reality or morality".

"If he actually has evidence to support this racist and Islamophobic dog whistle, he should provide it to the public and explain why 'Middle Eastern' immigrants would be of particular danger to our nation," CAIR executive director Nihad Awad said in a statement.

"It is time for this president to be held accountable for his seemingly endless stream of lies and bigoted rhetoric."

Abed Ayoub, the legal director of the American-Arab Anti-Discrimination Committee (ADC), said contrary to what the assertions of the administration are, migrants have a legal right to come to the border and claim asylum.

Not only are Trump's remarks unsubstantiated "fearmongering"; they are also racist, Ayoub said.

"It's a very xenophobic tweet. It's there to perpetuate hatred, bigotry, xenophobia towards Arabs," Ayoub told MEE.

But America has a problem when Middle Easterners are in a caravan?

How does trump's base justify this?#Vote

In a statement late on Sunday, Secretary of State Mike Pompeo said the migrants would not be allowed into the US. He raised concerns about the travellers being victimised by human smugglers, "violence provoked by some members of the group".

However, Pompeo made no mention of people from the Middle East in the travelling group.

Trump has made cracking down on immigration - both authorised and undocumented - a focal point of his campaign and presidency.

Trump kicked off his presidential candidacy in 2015 by describing undocumented Mexican immigrants as "rapists".

As a candidate, he also pledged to ban Muslims from entering the United States. And shortly after taking office he imposed a ban on several Muslim-majority countries that was upheld by the supreme court earlier this year.

In January, the US president was rebuked for decrying immigration from Haiti and African nations, which he referred to as "shithole countries". Khashoggi
Trump 'not satisfied' with Saudi explanation for Khashoggi's killing