A day after UN experts called for an investigation into allegations that the Saudi crown prince hacked the phone of Amazon CEO Jeff Bezos, a Twitter hashtag calling for the company's boycott is trending in Saudi Arabia.

The hashtag #قاطعوا_منتجات_امازون (#BoycottAmazonProducts) was first tweeted early Thursday and was shared through the day with images of Jeff Bezos and the Amazon logo scratched out.

The hashtag, say experts, is a variation on anti-Amazon tags shared off and on by Saudi users since Jeff Bezos first raised questions last February about the kingdom's connection to a National Enquirer article featuring intimate texts between him and a woman with whom he was having an affair.

Bezos accused the US tabloid and its parent company, AMI, of threatening to release more text messages and photos unless he stopped investigating the leak and said publicly that AMI's coverage was not "politically motivated".

Just months after the murder of Saudi journalist and Washington Post columnist Jamal Khashoggi and as the Post, which Bezos owns, covered the subsequent fallout, Bezos said a "Saudi angle" of his investigation into the leaks had "hit a particularly sensitive nerve" at AMI, the CEO wrote.

A month later, Gavin De Becker, the investigator Bezos hired, said publicly that the kingdom had hacked the CEO's phone.

This week, those allegations were back in the public eye, but this time with one additional piece of information: that forensic experts believe it was a video shared from Saudi Crown Prince Mohammed bin Salman's WhatsApp account that unleashed the hack - and now with the UN involved. 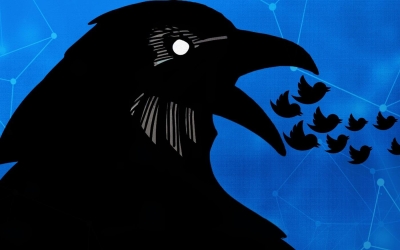 With the return of the allegations, so too have online attacks against Amazon. Within several hours on Thursday, the new hashtag had been used more than 12,000 times.

Experts say that similar to the first anti-Amazon hashtag which appeared last February and which they believe was run by bots, the new one is likely a coordinated campaign and reminiscent of pro-Saudi hashtags used in the wake of the 2017 Qatar rift.

"I get the sense that whoever started this hashtag has some sort of tool at his disposal," Marc Owen Jones, a social media analyst and assistant professor at Hamad bin Khalifa University in Qatar, told Middle East Eye.

The original tweet was shared by a user whom Jones said had a familiar combination of profile and banner photos - an image of King Salman and an air force jet - which he had seen before.

"So I looked at an archive of accounts and found four or five other accounts with similar biographies and similar names," he said.

Those accounts all appear to have been active in disinformation campaigns, especially since the Qatar crisis, and have all been suspended, he said. Sure enough, by midday, Twitter had shut the account down even while the hashtag continued on.

Since becoming the de facto leader of the kingdom in 2017, Mohammed bin Salman has waged a harsh crackdown on human rights activists and dissidents, much of which has been played out online.

This week's allegations come just months after the US Justice Department charged two former Twitter employees and a close associate of the crown prince with spying for the kingdom by accessing and sharing the data of Twitter users in 2015.

In the intervening years, the kingdom has invested billions into Silicon Valley.

The two UN rapporteurs who called for an investigation into the apparent hack of Bezos' phone have said that the circumstances around the allegations should strengthen support for further investigation into Khashoggi's murder, which the CIA concluded had been ordered by the crown prince.

So far, Agnes Callamard, one of the UN rapporteurs, told PBS Newshour on Wednesday that the Saudi investigation and prosecution around the Khashoggi murder has failed to meet international standards or focus on those who masterminded and ordered it.

Officials at the Saudi embassy in the US have called the latest allegations related to Bezos "absurd" and called for further investigation into what happened.