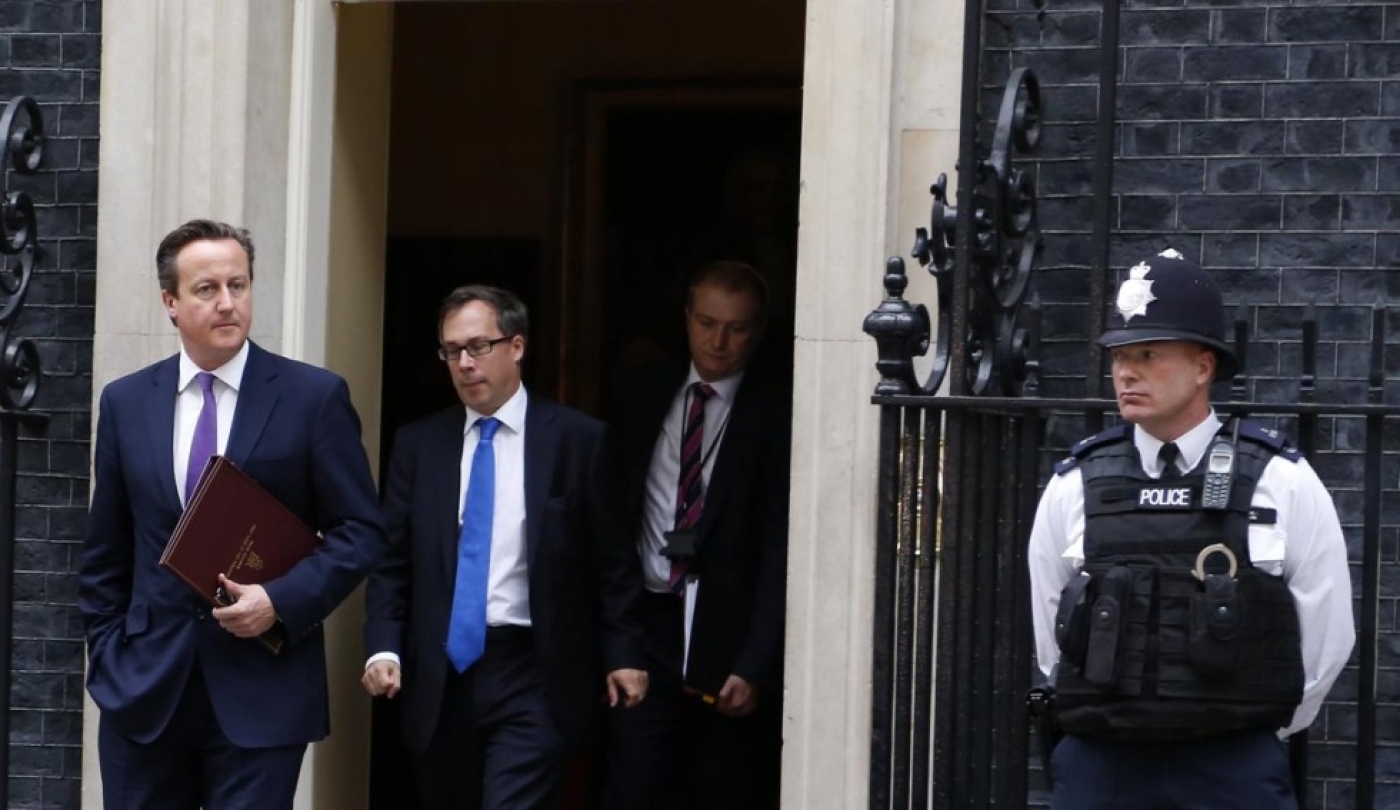 British Prime Minister David Cameron departs from his Downing Street residence in London on 26 September, 2014 (AA)
By
MEE and agencies

The House of Commons voted by a majority of 524 to 43 after the main political parties all approved military action saying that "lessons from the past" of the 2003 Iraq war had been learned.

"This is not a threat on the far side of the world. Left unchecked, we will face a terrorist caliphate on the shores of the Mediterranean," Prime Minister David Cameron said ahead of the vote.

He warned the campaign could last for "years" as dissenting MPs in the debate questioned the duration and scope of the operation.

Washington is eager to build the broadest possible coalition to tackle IS, which has captured large areas of Syria and Iraq.

Following the vote, British action is expected within days at the latest despite planned anti-war protests.

In recent days, Washington and its allies have carried out bombing targeting the funding sources of what US President Barack Obama has branded a "network of death".

No consensus on Syria

Britain and France have both been careful to rule out launching strikes in Syria at the hub of the IS group's power.

"I do believe there's a strong case for us to do more in Syria but I did not want to bring a motion to the house today which there wasn't consensus for," Cameron said on Friday.

Denmark said Friday it would send seven F-16 fighters to help combat IS militants in Iraq, joining Belgium and the Netherlands which also plan to deploy six aircraft each.

The Netherlands will also provide 250 military personnel and 130 trainers for the Iraqi military, and Greece said it would send arms to Iraq's Kurdish forces.

Turkey has so far declined to take part in military action, and has denied claims that its airspace or airbases have been used by coalition forces.

But President Recep Tayyip Erdogan said Friday that Ankara had changed its stance on its involvement in the campaign against IS following the release of Turkish hostages held in Iraq,

He said that "necessary steps" would be taken by parliament on October 2, without elaborating.

FBI expects IS to retaliate

US authorities believe IS militants will try to stage an attack in America in reprisal for US-led air strikes in Syria, the head of the FBI said Thursday.

"There's no doubt," said director James Comey told reporters. "They want to do things in retaliation for America's actions or its allies."

He added: "I'm sure they'll desire to find a way to strike here."

In the latest airstrikes, US planes destroyed four tanks operated by militants in Syria as well as several vehicles and IS positions in Iraq, the Pentagon said

The US-led coalition also bombed oil refineries in east and northeast Syria where IS militants extract crude for sale on the black market, according to the Syrian Observatory for Human Rights, a British-based monitoring group.

Experts say sales of oil from Syria and Iraq usually earn IS between $1 million and $3 million a day.

But now, according to activists in Deir Ezzor, pumping has stopped.

"Oil extraction has been halted because of the security situation," said Leith al-Deiri who spoke to AFP via the Internet.

Another activist from Deir Ezzor, Rayan al-Furati, confirmed the halt.

"There are no traders or clients going to the fields, (because they are) fearing the strikes," he said. Islamic State
Obama: 'humanity's future' depends on unity against IS 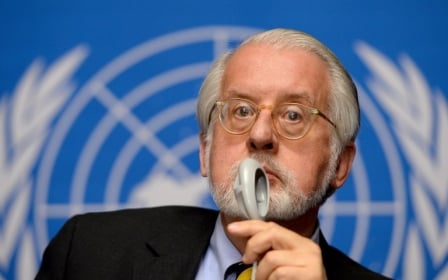