Reports say Konstandinos Erik Scurfield, a British national from Yorkshire, has been killed while fighting with Kurdish forces against IS LONDON - A former Royal Marine has become the first British fighter to be killed battling with Kurdish forces against Islamic State militants in Syria, the BBC reported on Tuesday.

The Syrian Observatory for Human Rights earlier told AFP a European citizen had been killed fighting with Kurdish People's Protection Units (YPG), but that it was not clear whether he was British or Greek.

The BBC named the dead man as former marine Konstandinos Erik Scurfield from Yorkshire in northern England. Reports in the Daily Telegraph and Daily Mail said he was 25 years old.

The BBC reported that a British pro-Kurdish activist had informed Scurfield's family of his death and that the YPG had asked if he could be buried in Syria "as a martyr".

Twitter was filled with Scurfield photos and comments about his death. Some of the photos appeared to have been taken from the Facebook page of a young man with the name of Konstandinos Erik Scurfield.

Britain's Foreign Office said it was difficult to confirm such reports.

"We are aware of reports of the death of a British national in Syria," a Foreign Office spokesman said.

"As we do not have any representation in Syria, it is extremely difficult to get any confirmation of deaths or injuries and our options for supporting British nationals there are extremely limited."

The Syrian Observatory for Human Rights said the man died on Tuesday from wounds suffered in a battle with IS fighters the previous day in the northeastern province of Hasakeh.

It said he had been fighting in an area southwest of the town of Tal Hamis, which Kurdish militants seized from IS last week.

He is believed to be the second Westerner to have died fighting with Kurdish forces against IS, after an Australian was reported killed in the same area last week.

Dozens of Westerners are thought to have joined the ranks of the YPG in Syria and other militias battling IS, including Assyrian Christian forces in Iraq.

However, their numbers are dwarfed by the thousands of foreign fighters who have joined IS since it seized swathes of Iraq and Syria and declared an Islamic "caliphate" last year, believed to include more than 500 from Britain alone. 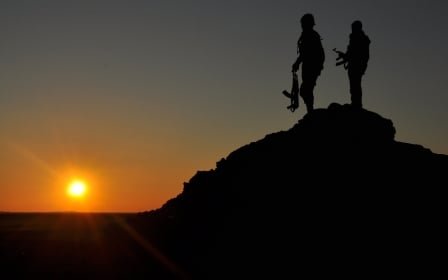 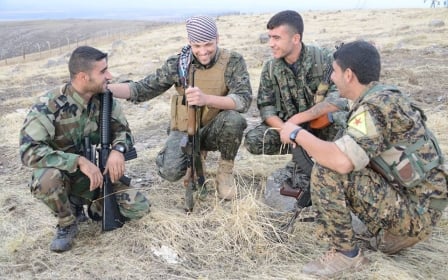