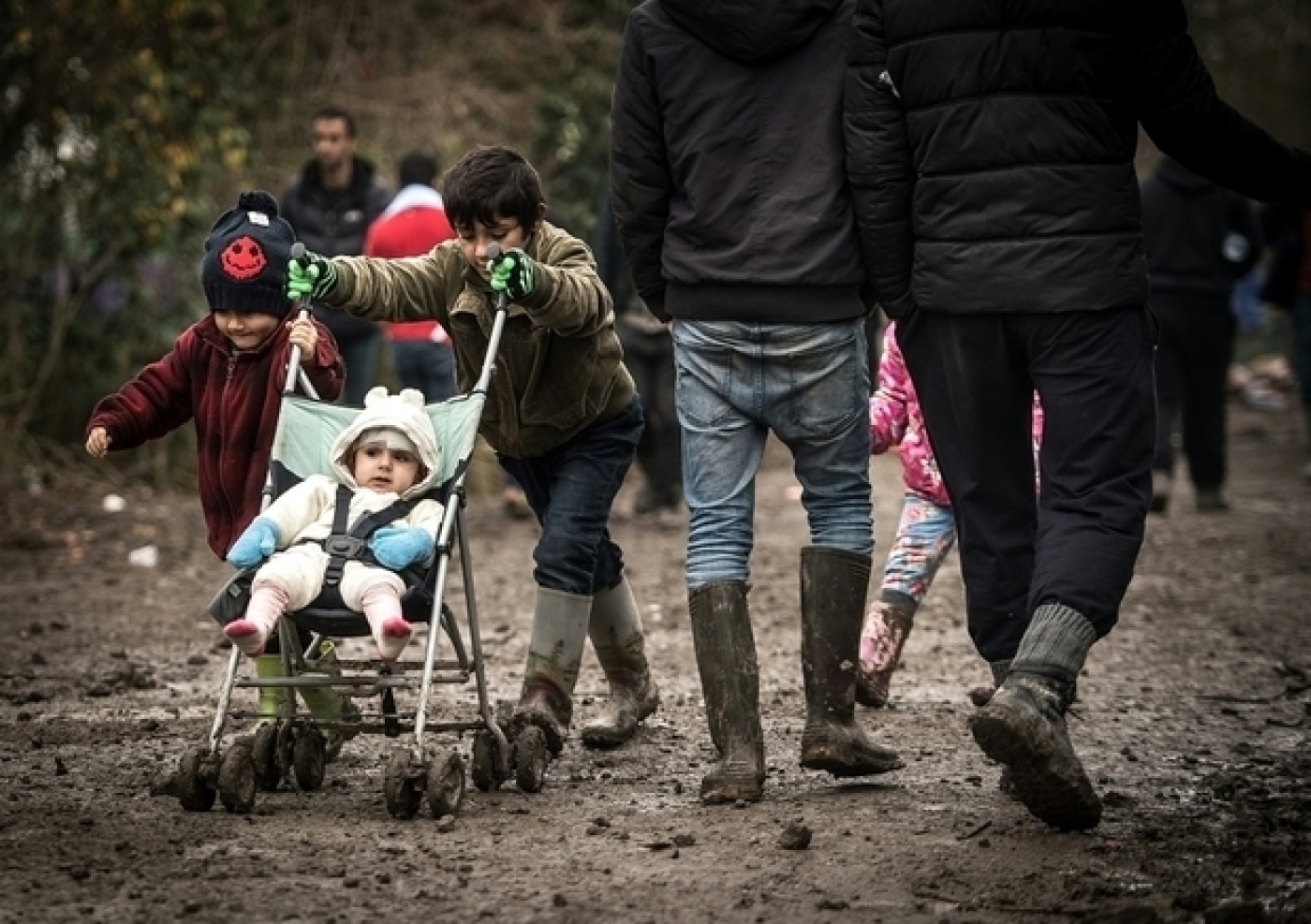 A child pushes his sibling through the mud at the squalid 'Jungle' camp in Calais, which is to be demolished next Monday (AFP)
By
Bushra Ferjani

An MP from the UK's ruling Conservative party has sparked a row after he claimed that child migrants brought to the UK from Calais under an emergency resettlement programme were actually adults.

David Davies made his comments after the first images of the children were posted by various media outlets, with right-wing newspapers suggesting that many of the new arrivals were much older than 18.

Fourteen child migrants were the first group to arrive in the UK on Monday, following efforts by the British government to take in unaccompanied children from Calais before the "Jungle" camp is destroyed.

The asylum seekers are individuals identified as having specific vulnerabilities and with family links to the UK, who are being brought over before they are made homeless when the camp is demolished next Monday.

Davies called for them to have dental checks before they are allowed to enter the UK to have their asylum claims heard in the country.

Twitter users slammed the attack, with many displaying their distaste for the comments.

Popular children's poet Michael Rosen, who has written frequently on racism and fascism, weighed into the debate.

Well-known British sports broadcaster and former footballer Gary Lineker was also among those who responded to the furore over the child refugees.

Lineker's tweet received widespread backlash from social media, including a UKIP MP who demanded that he be removed from his job on the popular football show Match of The Day.

The British Dental Association also got involved, denouncing the use of dental X-rays to confirm age as "unreliable" and stating the demands being made were "unethical".

Davies' comments prompted some to consider the effects migrants and refugees fleeing economic and social crisis could have on Europe, including growing racism and discrimination. Refugees
'At least in Syria we are still seen as human beings': The real refugee crisis
Belen Fernandez