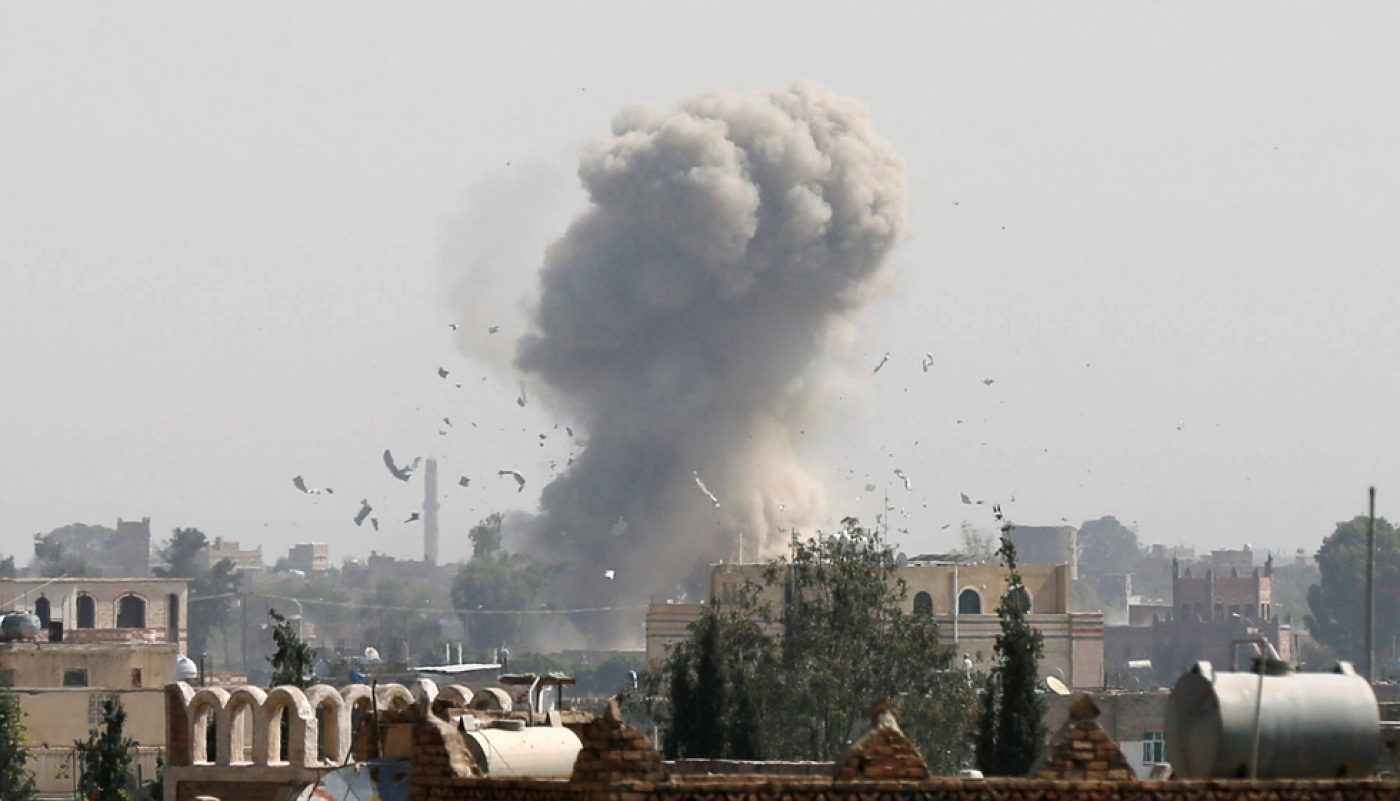 Britain must suspend arms sales to Saudi Arabia due to alleged war crimes in Yemen in which the use of UK-made weapons seemed "inevitable," a group of MPs has reportedly said in a leaked draft report.

According to BBC Newsnight, the Commons committee on arms export controls said in a draft report: "The weight of evidence of violations of international humanitarian law by the Saudi-led coalition in Yemen is now so great that it is very difficult to continue to support Saudi Arabia while maintaining the credibility of our arms licensing regime."

The government has faced pressure to suspend the sale of weapons to the country amid claims that international humanitarian law has been breached by the Saudi-led coalition in Yemen.

The apparent leak of the report comes as the Saudi Foreign Minister Adel al-Jubeir prepares to hold a private meeting on Wednesday with British MPs about the situation in Yemen.

The Commons committee will then debate whether to call for a ban on sales. The meeting is closed to the public.

The UK has sold billions of dollars of weapons to Saudi Arabia as it has prosecuted a war in Yemen against the Houthi movement, amid claims UK-made weapons have been used in the indiscriminate bombing of civilians, hospitals and factories.

A spokeswoman from the Campaign Against the Arms Trade said the group would be staging a protest outside parliament over the MPs' meeting with Jubeir, which she described as a "clear lobbying visit".

"They're obviously concerned about the pressure [over arms sales]," she said, speaking to Middle East Eye.

According to the BBC, the committee's draft report says: "The weight of evidence is now so great that the UK should suspend arms sales to Saudi Arabia for use in Yemen until an independent and international inquiry can establish the truth."

It "seems inevitable that any violations of international law by the Saudi-led coalition would involve arms supplied by the UK".

The leaked draft says: "While doubt and uncertainty about IHL compliance in Yemen exists, the default position of the UK should not to be to continue to sell weapons."

The claims come after Foreign Secretary Boris Johnson on Monday defended the sale of arms to Saudi Arabia and insisted they would continue.

Johnson said the government found there was no "clear risk" that weapons were being used to violate international law.

His comments followed the government's admission that it wrongly published statements assuring the Commons that assessments regarding Saudi Arabia had been passed, when they had in fact not been carried out.

The government said the original statements resulted from error.

Andrew Smith, of CAAT, said: “The government is always telling us how rigorous and robust its arms export system supposedly is. This report exposes that nothing could be further from the truth. The UK has continued to arm the Saudi regime, despite its atrocious human rights record and the terrible assault it has inflicted on Yemen.”

UK arms sales to Saudi Arabia are currently subject to a judicial review, following an application by the pressure group.

The claim calls on the government to suspend all extant licences and stop issuing further arms export licences to Saudi Arabia for use in Yemen while it holds a full review into if the exports are compatible with UK and EU legislation.

A three-day review will take place in front of two judges no later than 1 February.