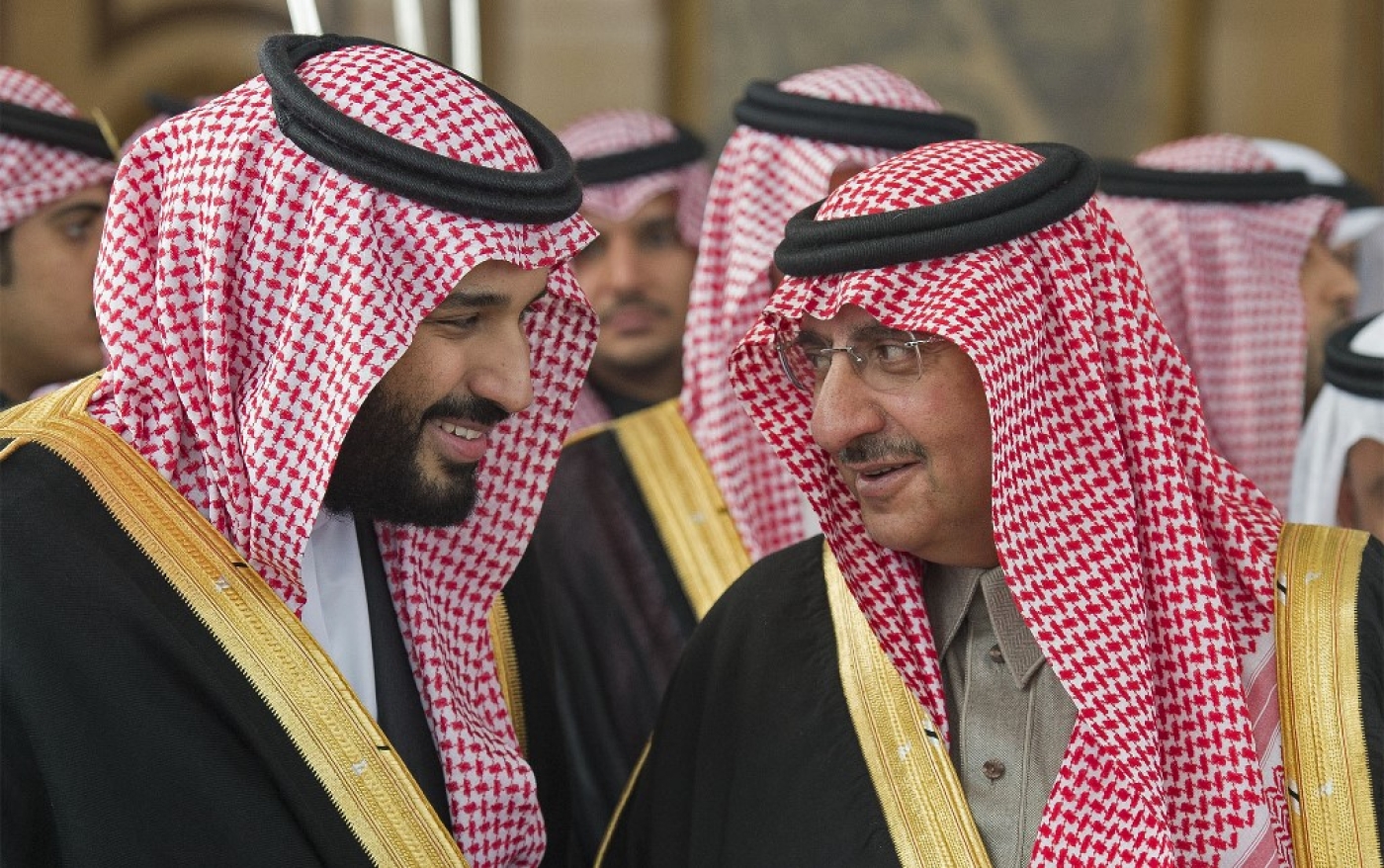 A group of British MPs and lawyers have launched an investigation into the welfare of two high-ranking Saudi princes who have been imprisoned in the kingdom for the past six months.

Soon after their arrests, reports emerged that they had been detained for plotting to overthrow Mohammed Bin Salman before he ascended to the throne, but some sources of the reports later backpeddled, saying they had been picked up for "an accumulation of misbehaviour".

Since then, neither prince is understood to have been formally charged and few details have emerged about their whereabouts or conditions, although in recent weeks lawyers representing Bin Nayef have voiced their concerns over the prince’s well-being.

Now a panel of lawmakers and lawyers, led by Crispin Blunt, a Conservative member of parliament, has opened an inquiry into what has happened to the princes and will seek to visit them in the kingdom.

Along with its focus on the princes, the panel aims to shed light on the condition of Saudi political prisoners who are not members of the royal family, and will produce a report at the end of its work detailing its discoveries.

"What message does it send if people of this distinction in Saudi society find themselves detained and disappeared?" Blunt said during a Wednesday press conference.

According to Blunt, the Saudi ambassador to the UK Prince Khalid bin Bandar met with him earlier this week and has agreed to meet with the full panel next week. The Saudi embassy in London did not respond to requests for comment.

Blunt and fellow politicians on the panel, Layla Moran, the Liberal Democrats' spokesperson for foreign affairs, and Conservative MP Imran Ahmad Khan, repeatedly stressed that their work would be open-minded and independent.

"All I want is for any person, anywhere in the world to know that if their human rights are being infringed upon in any way, that people are watching," Moran said.

"[The Saudi government] know that we are here to engage. We are here to hold them and other countries to account should they not be meeting their human rights obligations . . . and to do it in a friendly way and a way that is respectful."

The panel’s efforts come ahead of the G20 leaders’ summit which had been scheduled to be held in Riyadh next month, but will now be held virtually as a result of the Covid-19 pandemic.

Tayab Ali, a partner at the London-based Bindmans law firm which is constituting the review, said it had been commissioned and paid for by a Saudi citizen whose identity is being kept anonymous for his or her safety.

"If senior members of the Saudi royal family can be allegedly disappeared and their rights violated then there must be great concern for detainees that are not part of the family,” Ali said. “My client is concerned about how all citizens are treated in Saudi Arabia when they are detained by the state for political reasons.”

He said there are three potential outcomes he believes will happen with the panel. The Saudis could disengage which "would be extremely worrying". They could provide writen information about the detainees that could be cross-checked against information from other sources.

Or they could "allow the panel to visit the detainees in Saudi Arabia to determine their detention conditions first hand. This would be in everyone's interest," he said.

The families of the princes, including relatives inside the kingdom, have not been contacted about the panel which is being conducted independently from lawyers representing the royals.

Nayef’s lawyers, speaking anonymously with the Financial Times, have said they are concerned that his wife and two daughters, who have been banned from leaving the kingdom, could be arrested to put pressure on the former interior minister.

The children of Nayef’s former close aide, Saad al-Jabri, who fled the kingdom in 2017 and has filed a lawsuit in the US accusing the crown prince of sending a team to assassinate him in Canada, were arrested in March and have not been released.

MEE asked Ali whether there was any concern that family members might be arrested in reaction to the panel’s work. “I see no reason why the panel’s investigation should impact negatively on the detainees or their families,” he said.

“This is an independent panel. The panel reached out to the Saudi government through its embassy so that the information it considered for its report would be fair and balanced. It is really promising that the Saudi ambassador accepted our request for a meeting and that a dialogue has started.”

Rivals to the throne

The two princes, among 20 senior royals detained in March, are considered to be potential rivals to Crown Prince Mohammed Bin Salman.

Bin Nayef, once Saudi Arabia’s interior minister with strong ties to Western intelligence agencies and privy to the kingdom’s inner machinations, was second-in-line to the throne until June 2017 when he was stripped of his powers as crown prince and was replaced by his cousin, Bin Salman.

Since then, his movements are understood to have been under tight control and surveillance.

Prince Ahmed bin Abdul Aziz, who also served briefly as the kingdom's interior minister, is King Salman’s sole remaining full brother and a member of the Allegiance Council which must approve MBS’ accession to the throne. 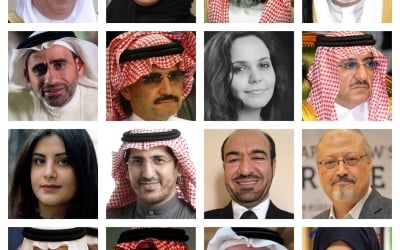 In 2018, he lived abroad for a brief period and, during this time, was captured on video in a discussion with protesters in London appearing to criticise the Saudi leadership's intervention in the war in Yemen.

"What does the family have to do with it? Certain individuals are responsible... the king and the crown prince," he said, according to a widely circulated online video.

He later released a statement saying that his comments had been misinterpreted and he was only stating that the king and the crown prince "are responsible for the state and its decisions".

Their arrests were only the most recent purge conducted under Mohammed bin Salman since his father ascended to the throne in 2015 which have served to consolidate his power.

Since 2017 under the 35-year-old’s de facto leadership of the kingdom, hundreds of religious leaders, royals, dissidents and business people have been rounded up.

In October 2018, the Washington Post and Middle East Eye columnist Jamal Khashoggi was brutally murdered in Istanbul, an act which the CIA concluded had been ordered by the crown prince.

The panel is now officially inviting evidence from individuals or organisations with regard to the conditions of the two princes or that of Saudi political detainees more widely. 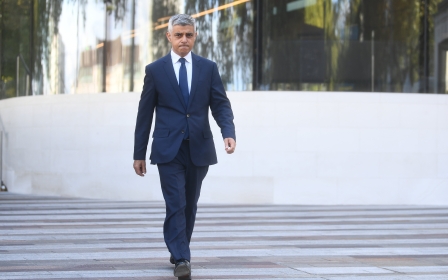 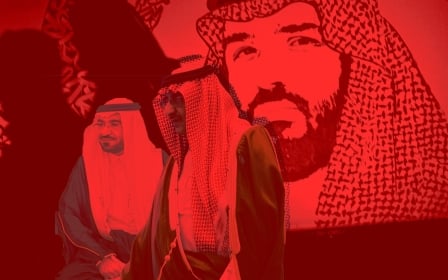 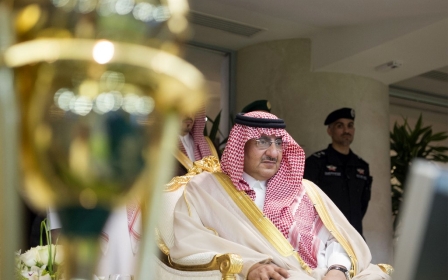