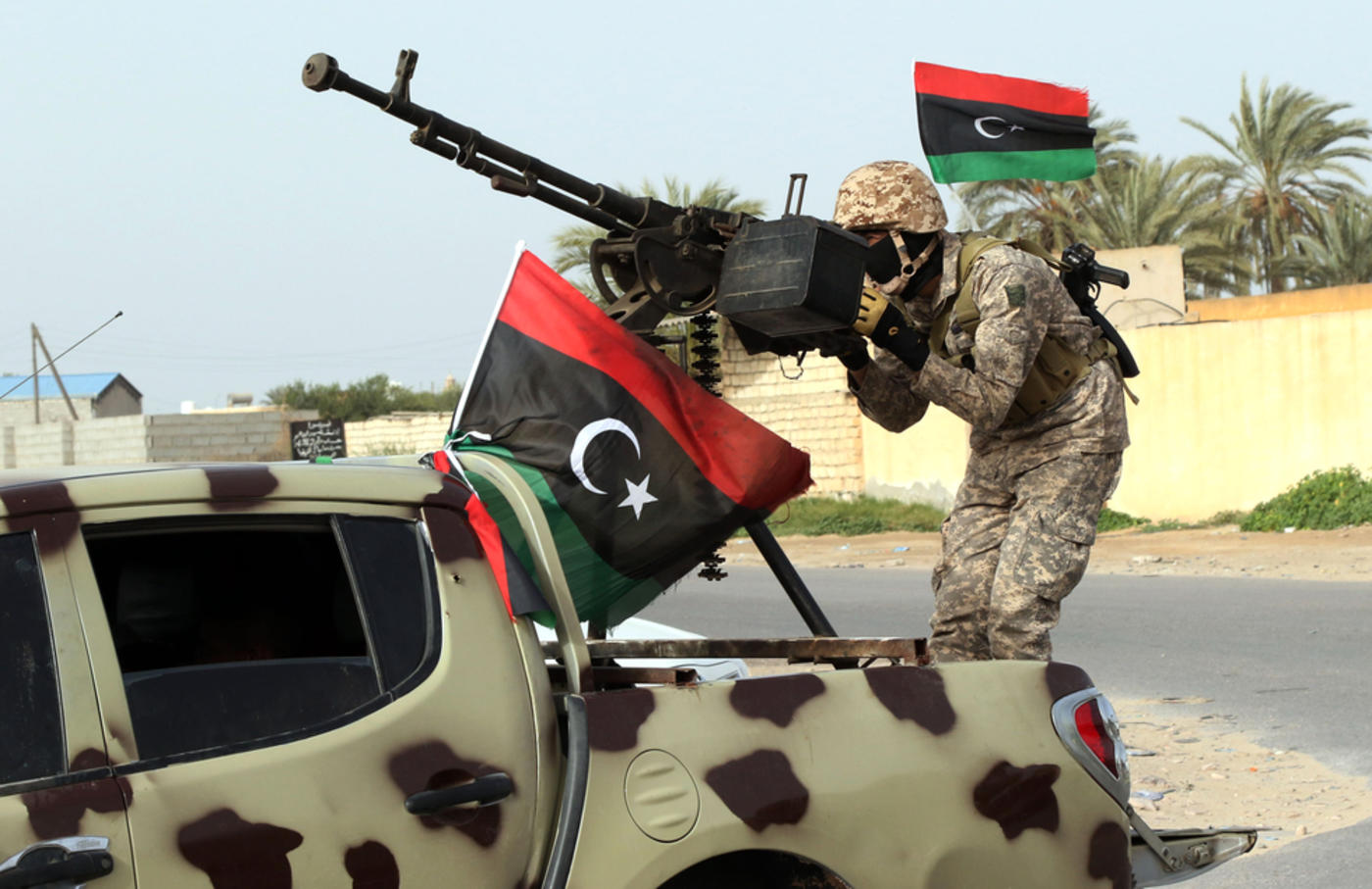 British special forces fired a missile to destroy an Islamic State (IS) group truck packed with explosives in Libya this month, according to a report on Thursday in The Times.

The attack, which helped Libyan militias to halt the militants’ advance on the strategic city of Misrata, according to the report, is the first evidence that British soldiers have a combat role fighting IS in Libya.

“My unit works just with English,” Mohammed Durat, a commander of troops in Misrata, told The Times. “I have met with them personally and they have destroyed two suicide vehicles that were targeting my fighters.”

News of British special forces taking part in the Libyan conflict comes only two days after the UK defence secretary told MPs that Britain is not planning “any kind of combat role” to fight the Islamic State militant group in Libya, and would approach parliament if plans changed.

“We’ve made it clear that we are not planning any kind of combat role either for our troops or for the RAF in Libya,” Michael Fallon told the House of Commons on Tuesday. “That is not part of our planning.”

“If we considered further military action against the Daesh [IS], wherever it was – whether in Libya or anywhere else – we would of course come to this house to discuss it first.”

Fallon’s comments were part of a quarterly update on the UK’s fight against IS and come after weeks of questions over the UK’s military plans in the North African country and criticism by a top MP that the government has been "less than candid" about its strategy.

Meanwhile, Britain is not the only foreign power with boots on the ground in Libya. On 17 May, Tom Wescott, writing for MEE, revealed that Libyan soldiers have seen US military personnel carrying out patrols and observations in Misrata.

At that time, Mohamed al-Ghossri, the spokesman for the Misrata military operations room, said he was unable to confirm or deny any US military presence because he had not personally seen them.

He did, however, plead for the international community to support Libya’s fight against IS, which now controls over 300km of central coastline, and numerous towns and villages.

There are an estimated 6,000 IS fighters in Libya, with no unified Libyan authority to command a battle to defeat the militants, who control Sirte, the town where Gaddafi was born.

Questions over the UK's role in Libya were first raised in early March when members of the UK parliamentary foreign affairs committee, during a visit to Egypt and Tunisia, claimed that they heard that the UK planned to contribute 1,000 ground troops to a 6,000-strong international force to be deployed to the country.

After the committee’s visit, Crispin Blunt MP, head of the parliamentary committee, sent a letter to Foreign Secretary Philip Hammond, requesting that he make a statement to the House of Commons on the subject before agreeing to join the international force.

Hammond responded to Blunt’s letter, denying the alleged briefing the committee members said they had received and said that “no decision” had been made about the future deployment of British forces in Libya.

In late March, Middle East Eye also revealed that British SAS troops have already been deployed to Libya alongside their Jordanian counterparts with the task of taking on IS.

In April, further questions were raised when Hammond was quoted in the Telegraph saying that the UK was prepared to send troops to Libya without asking for parliament’s permission.

Unidentified defence sources told the Daily Mail earlier this month that up to 50 British soldiers are expected to be deployed to Libya this month.

But on Tuesday, Fallon told MPs twice that there were no plans to deploy British troops in a combat role to Libya.

“Britain would only provide training or other support at the invitation of the Libyan government or by other authority,” he said. “Let me reiterate to the house, there are no plans to deploy troops in a combat role.”