Can Tunisia's opposition take on Ennahdha?

Nidaa Tounes prepares for upcoming elections, but faces criticism over ties to the old regime 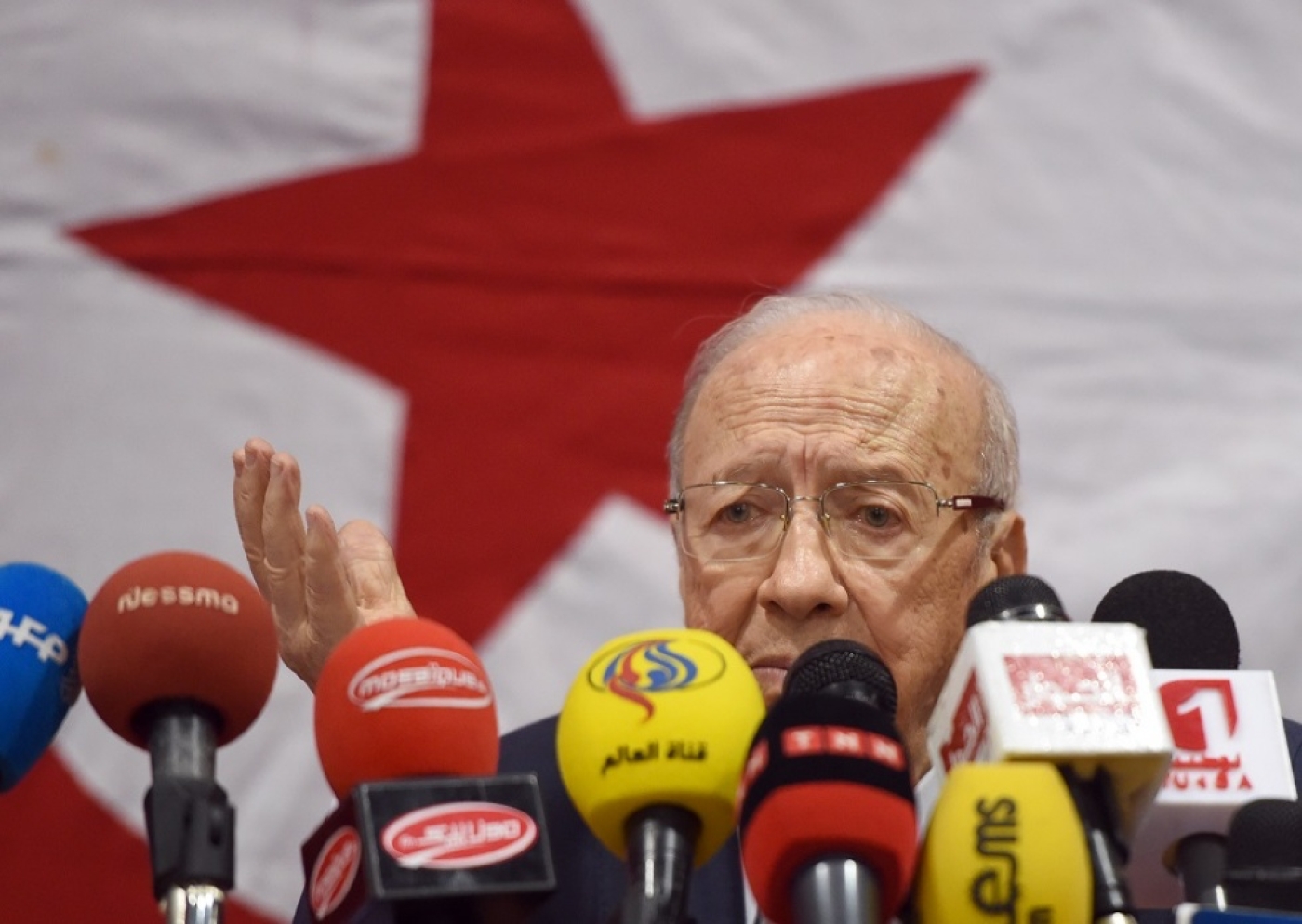 TUNIS - In 2011, the Islamist Ennahdha party became the leading political force in post-revolution Tunisia. As the country prepares for new elections this year, however, a new secular party hopes to present a viable alternative.

Nidaa Tounes, meaning ‘Call of Tunisia,’ was created in July 2012.

“We thought it was very important that a political alternative be created,” party co-founder Mohsen Marzouk told Middle East Eye at the party headquarters in an affluent Tunis suburb. “It is based on very simple principles: the continuity of the Tunisian modernist national project, the fact that religion shouldn’t be used in politics, and that the Tunisian revolution was not based on identity issues, it was based on very dear economic and social demands.”

Abdelmonem Krir is one of the few Nidaa Tounes members in the parliament. Originally elected with the now-defunct Popular Petition Party to represent the coastal city of Monastir, Krir later switched to Nidaa Tounes. He said it was a way to counteract Ennahdha’s influence.

“I’ve seen the imbalance in parliament, all one color and one way, and all the votes were going in one direction. I thought this was quite dangerous for democracy,” he told MEE.

Taking on Ennahdha will be a challenge. The party has deep historic roots as an Islamist movement, supressed by Tunisia’s first two presidents. Although much of its leadership was imprisoned or forced into exile in the 1990s, it was able to quickly mobilize supporters after former president Zine al-Abidine Ben Ali fled the country in January 2011,  amid mass protests against his rule. It performed well in elections for the transitional National Constituent Assembly in October 2011, garnering 37 percent of the vote, almost 30 points ahead of the runner-up.

Ennahdha then entered a governing coalition with two secular parties. It led the government until this January, when it ceded power as part of an agreement to end a months-long political deadlock. A caretaker government is now running the country.

Nidaa Tounes has taken a hard line against Ennahdha, including a July 2013 call for the government to be dissolved. The party alleged that “incompetent” people had been appointed to key posts, and accused political leaders of inciting violence.

The assassination of Mohammed Brahmi, a leftist assembly member, on 25 July 2013, led to the withdrawal of many opposition members from parliament. During this political crisis, Nidaa Tounes became an important player in closed-door talks between political leaders that eventually resolved the deadlock.

The party includes labour leaders, leftists, moderate Islamists, and business figures in the party’s leadership. There has been criticism, however, that members also include leading figures from the Ben Ali regime.

“This guy was in prison, there was a case against him, and he was released, they didn’t find anything of corruption and human rights [violations],” Marzouk said.

“These people are individuals, they were part of a huge system,” he added. If they act according to the principles of the revolution, he said, they should be allowed to participate in political life.

“The majority of Tunisia worked with Ben Ali,” Krir said. “Either from afar or from close. If they’re not convicted of anything illegal, then they are very welcome.”

The face of the party is 87 year-old Beji Caid Essebsi, who began his government service in 1956 in Tunisia’s inaugural post-independence government. He held a number of high-level positions under Tunisia’s first president, Habib Bourguiba. After Ben Ali took power in 1987, Essebsi served as an ambassador and as president of the parliament before retiring in 1994.

He re-emerged on the political scene after the 2011 revolution. He was appointed prime minister a month after Ben Ali fled, and stayed until the new parliament was inaugurated that December.

Marzouk dismisses concerns that Essebsi’s age could affect his ability to serve as president.

“He’s here every day working with us,” he said. “Do you think that this critical time for Tunisia is a time for a young person who has no experience?”

Laying the Groundwork for the Campaign

Although partisan rhetoric is already in the air, the official campaign will begin on 4 October. Legislative elections are scheduled for 26 October, with a first round of presidential elections one month later. A presidential runoff vote will be held in late December.

These will be the first elections held under a new constitution approved in late January.

While the party’s opposition to Ennahdha was enough to build initial support, Nidaa Tounes is challenged by a number of smaller secular parties, Amine Ghali, a political analyst and director of the Al Kawakibi Democracy Transition Centre, told Middle East Eye. While these smaller parties are likely to poll only in the low single digits, their combined support could significantly diminish the percentage Nidaa Tounes garners in the October elections.

Ennahdha holds an advantage in not having to fight for support among more conservative voters, and it retains strong name recognition and grassroots support. Nidaa Tounes is still developing its electoral machine.

“In two years, we succeeded in building a strong structure on the national and local levels. We are going deeper now, which is to go to the smallest communities,” Marzouk said.

Over the past year and a half, a number of deadly clashes between Tunisian security forces and gunmen, along with the assassination of two politicians, has made security a key issue. In July, the most devastating attack yet killed 14 soldiers in western Tunisia.

Nidaa Tounes holds Ennahdha partially responsible for the violence, which the Tunisian government has attributed to religiously-motivated groups.

“I’m not saying they are working together, but the fact is that ideologically, Ennahdha was very close to Salafis and jihadists. They were not doing anything serious to prevent them from growing and from becoming what they are now,” Marzouk said.

Tunisia’s economy has also been a concern. Inflation, high unemployment, and dwindling foreign exchange reserves have been a persistent problem since the revolution

“In the short term, we need to start a thoughtful liberalisation of the Tunisian economy, which is still unfortunately imprisoned by the very heavy administration that was part of dictatorship,” Marzouk said. He wants to open sectors including tourism and infrastructure to more foreign investment.

The party wants the country’s extensive subsidy regime, which has been a significant burden on the government’s budget, to be gradually reduced. It also supports continued cooperation with international financial institutions like the IMF and the World Bank.

“We will have two big parties, but no one will have a big majority,” Ghali said of the upcoming legislative election. “Each one would need to cope within a coalition.”

A recently concluded round of voter registration yielded disappointing numbers.

“We will have a low turnout,” Ghali said. “It is the path of every single country going through transition. The first elections are the most appealing, then people get disillusioned and the turnout goes down.”

Essebsi’s path to the presidency may be made easier by Ennahdha’s assertions that it will not run a presidential candidate of its own in the election. It has instead proposed that parties work together to find a consensus candidate. Nidaa Tounes has rejected this.

It seems many votes are still up for grabs. Most of the potential voters Middle East Eye spoke with last month in downtown Tunis were undecided about whom to support in October. Many were wary of both Ennahdha and Nidaa Tounes.

“Ennahdha hasn’t done anything to help us,” said Jomaa Saidi, 49, a cleaning woman. “Things are still in chaos, and there is no respect for the elderly or for women…everyone [in Nidaa Tounes] is working for their own benefit,” she said. “And Essebsi’s too old.”

Soumaya Khsiba, 34, said she had “no idea” for whom to vote. She is “disappointed” in Ennahdha, but also unsure about how Nidaa Tounes would lead the country. “Nidaa Tounes is kind of far away from what I’m expecting the country to become,” she said. “I might vote for Essebsi because of his experience.”

Farhad Hamchi, 52, said he will vote if he finds a candidate he can support, and wants Tunisia to “turn to the Koran.” Neither Ennahdha nor Nidaa Tounes appeal to him. “Essebsi is too old and didn’t give anything to the country,” Hamchi added. “He worked with Bourguiba and Ben Ali. What can you expect from him?”

Mourad Sassi, 50, is a member of the leftist Workers’ Party, but hopes for power to be shared in the next government. “A fusion of democratic parties is the best choice,” he said. While Essebsi “knows how to talk to Tunisians,” Sassi thinks he would harm workers and the middle class.

Many Tunisians, however, will refrain from voting this year.

Taoufik Mstiri, 40, is one of the country’s many unauthorized street vendors. He sells cigarettes near the busy Place Barcelone streetcar station, and has no plans to cast a ballot. “There is no party worthy of my vote,” he said. “If Nidaa Tounes wins, it will bring back the old regime. And Beji Caid Essebsi is too old.” 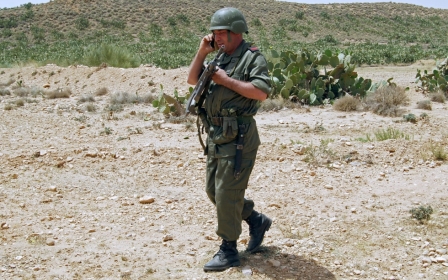 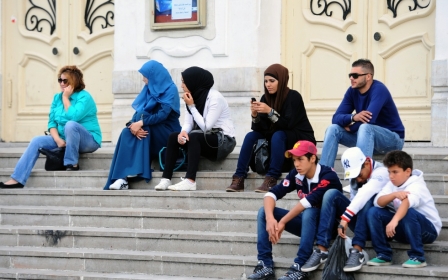 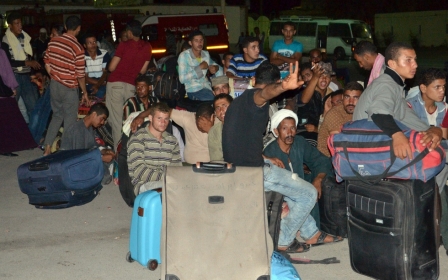