Foreign ministry says it is 'extremely concerned' for detained rights activists, including Israa al-Ghomgham, who faces the death penalty 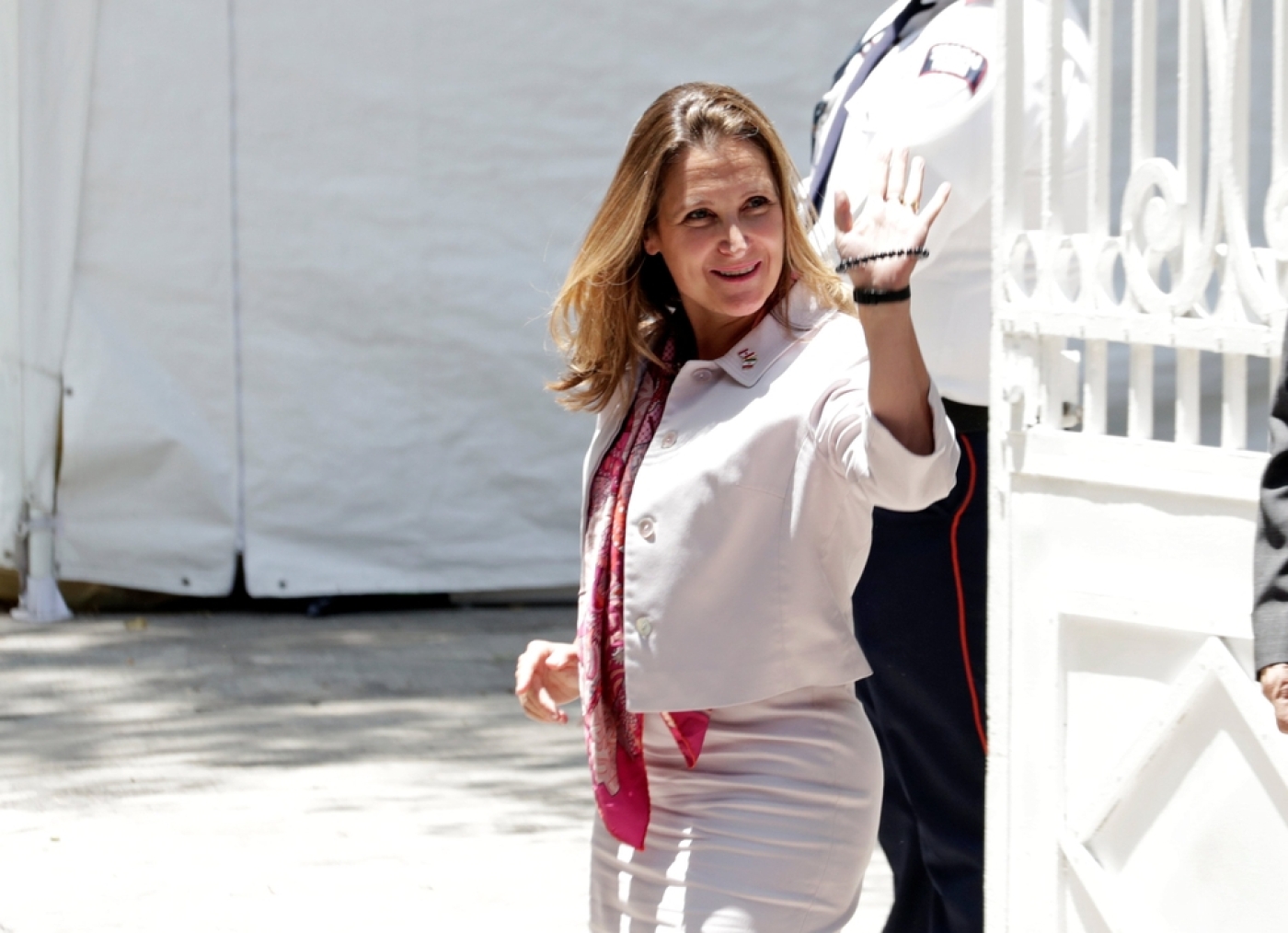 The office of the foreign minister, Chrystia Freeland, reiterated its concern for women’s rights activists in particular (Reuters)
By
MEE staff

The Canadian foreign ministry has once again criticised Saudi Arabia for its crackdown on rights activists, after reports emerged this week of a female human rights defender facing possible execution in the kingdom.

Diplomatic relations between two countries were ruptured earlier this month after the foreign ministry urged Saudi Arabia in a tweet to “immediately release” women’s rights and human rights activists held in its jails.

Saudi Arabia has since recalled its ambassador, suspended trade and flights to and from Canada, and forced Saudi students and patients to leave, among other measures.

“These concerns have been raised with the Saudi government. Canada will always stand up for the protection of human rights, including women’s rights and freedom of expression around the world.”

On 6 August, the Saudi public prosecutor recommended a death penalty for Ghomgham and five others, including her husband Moussa al-Hashem, after their first hearing before the Specialised Criminal Court (SCC) in the capital Riyadh.

Saudi human rights activists have told Middle East Eye that Ghomgham could possibly face beheading after a final court session scheduled for 28 October. The execution of a female activist would be a dangerous precedent, particularly since all the charges against her are related to her peaceful activism, they said.

Executions, most commonly beheadings, usually take place in Saudi Arabia after the decision is ratified by the king - in this case, King Salman bin Abdulaziz.

'Revenge against the Arab Spring'

Ghomgham, 29, and Hashem were arrested on 8 December 2015 at their house in Qatif. She had been a leading figure in the anti-government protests organised in Qatif since 2011, mainly demanding an end to discrimination against the Shia minority and the release of political prisoners.

“[The sentencing of Ghomgham] is largely a revenge against the Arab Spring, and a punishment for Qatif, which witnessed the largest protests since 2011,” Ali Adubisi, the director of the European Saudi Organisation for Human Rights (ESOHR), told MEE earlier this week.

According to ESOHR's latest tally, at least 58 people, most of them Shia, are currently on death row in Saudi Arabia, 31 of whom had their verdicts confirmed by the high court.

Human Rights Watch condemned the death penalty in a statement on Tuesday.

“Any execution is appalling, but seeking the death penalty for activists like Israa al-Ghomgham, who are not even accused of violent behaviour, is monstrous,” said Sarah Leah Whitson, Middle East director at Human Rights Watch. “Every day, the Saudi monarchy’s unrestrained despotism makes it harder for its public relations teams to spin the fairy tale of ‘reform’ to allies and international business.”

MEE has asked the Canadian foreign ministry and the Saudi embassy in London to comment.