'My life is in danger,' Qunun said on social media, where she has garnered worldwide support (AFP / Twitter / Courtesy of Rahaf Mohammed al-Qunun)

The Canadian prime minister said the decision came after the United Nations requested that Ottawa grant asylum to the 18-year-old Saudi citizen, whose case drew international attention after she barricaded herself inside a Thai hotel and refused to be deported.

"Canada has been unequivocal that we'll stand up for human rights and women's rights around the world," Trudeau told reporters on Friday.

"When the United Nations made a request of us that we grant Ms al-Qunun's asylum, we accepted."

On Friday evening, Qunun thanked her supporters, saying on Twitter that she wanted to "share the moment of [her] arrival to Canada" with them.

"I would like to thank you people for supporting me and saiving [sic] my life. Truly I have never dreamed of this love and support," she wrote, after her social media account was down for most of the day.

"You are the spark that would motivate me to be a better person," she said, while also sharing two photos from inside an airplane.

The UN's refugee agency (UNHCR) confirmed that Qunun was on her way from Thailand to Canada, after the agency said the Canadian government offered her emergency resettlement and arranged her travel.

Her case was dealt with "on a fast-track 'emergency' basis in light of the urgency of her situation", UNHCR said.

“Ms. al-Qunun’s plight has captured the world’s attention over the past few days, providing a glimpse into the precarious situation of millions of refugees worldwide.” said UN High Commissioner for Refugees Filippo Grandi in the statement.

“Refugee protection today is often under threat and cannot always be assured, but in this instance international refugee law and overriding values of humanity have prevailed.”

From there, she is expected to board a connecting flight to Canada and land in Toronto on Saturday morning, Reuters reported.

Thai immigration chief Surachate Hakpark told reporters that "it was her wish to go to Canada", the news agency said.

In an email to MEE about midday EST on Friday, a spokesman for Canada's Ministry of Foreign Affairs said "Canada is very concerned by and watching closely" Qanun's case.

"We are in close contact with partners about her situation. Canada will always stand up for human rights, very much including women’s rights," spokesman Stefano Maron said.

'My life is in danger'

Qunun landed at Bangkok's Suvarnabhumi airport from Kuwait last Saturday, when she was denied entry by Thai immigration officials.

She then barricaded herself inside a hotel room, posting live updates on social media in which she said she feared for her life should she be forcibly returned to her family.

Ms. al-Qunun’s plight has captured the world’s attention over the past few days, providing a glimpse into the precarious situation of millions of refugees worldwide

"My brothers and family and the Saudi embassy will be waiting for me in Kuwait," Qunun said in text and voice messages from the hotel late on Sunday.

"They will kill me," she said. "My life is in danger. My family threatens to kill me for the most trivial things."

Qunun's case has drawn international attention to the strict rules many Saudi women face and comes at a time when the Gulf country is under increased scrutiny following the gruesome murder of Saudi journalist Jamal Khashoggi.

Strict guardianship rules in the kingdom require women to have permission from a male relative for a range of things, including the ability to work, travel or marry.

Sophie McNeill, an Australian journalist who has advocated on behalf of the Saudi teenager, said on Friday that Qunun had "been receiving a lot of death threats" online.

Qunun is taking "a short break" from Twitter as a result, McNeill said.

The UN granted Qunun refugee status earlier this week, shortly after Thailand said it wouldn't deport her amid global pressure from human rights groups and other supporters.

The Saudi teenager was reportedly hoping to be granted asylum in Australia, which earlier this week said it was closely monitoring the case.

On Friday, Amnesty International's Australia director Elaine Pearson said the Australian government was "too slow" and "failed to recognise the urgency of Rahaf's situation".

"Kudos to @JustinTrudeau for acting quickly to bring Rahaf to safety in Canada," she wrote on Twitter.

Kudos to @JustinTrudeau for acting quickly to bring Rahaf to safety in Canada. Australia too slow & @PeterDutton_MP's comments about "no special treatment" failed to recognize the urgency of Rahaf's situation. Well done Canada! https://t.co/wbStn2tZ25

The tweet set off a diplomatic firestorm between Ottawa and Riyadh, which accused the Canadian government of interfering in the Gulf kingdom's internal affairs.

Saudi Arabia expelled the Canadian ambassador in the country and called on Canada to apologise publicly. Despite the frosty relationship, however, Trudeau has so far resisted calls to suspend a multi-billion-dollar deal to send Canadian-made weapons to Saudi Arabia. 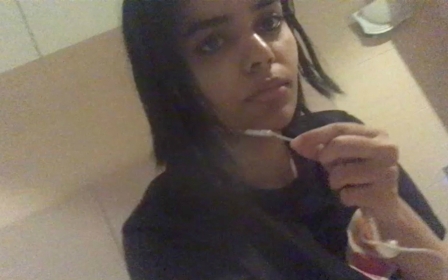 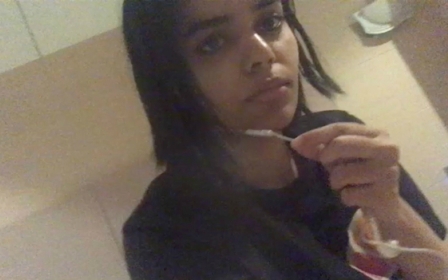