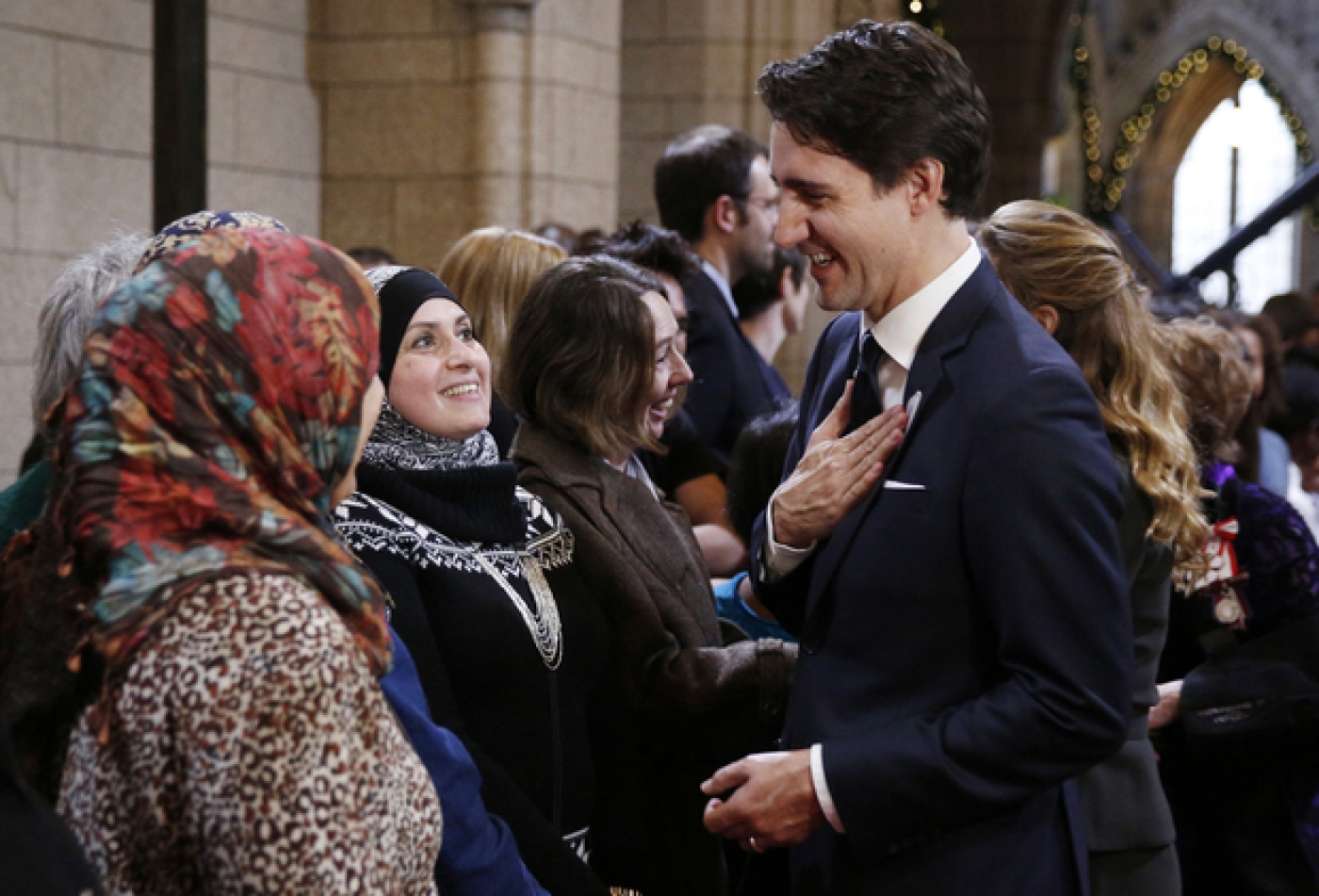 Minority and civil-liberty groups across the country say the government must take a community-based approach to the issue and see that individual and community rights are protected.

“For any kind of initiative to succeed, there has to be buy-in from communities,” said Amira Elghawaby, communications director of the National Council of Canadian Muslims, which cautiously welcomed news of the office this week.

“There has to be indication that there are authentic efforts to engage with credible community members and community leaders who really do have a good grasp on what’s happening on the ground,” Elghawaby told Middle East Eye.

She said that Arab- and Muslim-Canadians already bear the brunt of security-related legislation and anti-radicalisation efforts, so the organisation will be looking for Ottawa to ensure that community members are not racially profiled.

“A critical part in all of this is trust,” Elghawaby said.

“We know that Canadian Muslims and Arabs do often face the most scrutiny when it comes to national security, so it really is incumbent that all efforts are made not to further stigmatise these communities.”

“The Government of Canada has identified countering radicalisation to violence as a key concern,” Public Safety Ministry spokesperson Scott Bardsley told MEE in an email about the new initiative.

Bardsley said Ottawa is developing a strategy to consult on national security issues, including countering radicalisation to violence. The office will also coordinate a response to radicalisation at the provincial, federal and international levels, and support community outreach and research.

“Success in countering radicalisation to violence requires the support and participation of all levels of government and society,” he said.

For now, how the office will operate and how far its reach will extend remain unclear.

According to Micheal Vonn, policy director at the British Columbia Civil Liberties Association, any effort to engage communities on counter-radicalisation will quickly run up against Canada’s controversial anti-terrorism law, known as Bill C-51.

A provision in the law makes it a crime for any person “who, by communicating statements, knowingly advocates or promotes the commission of terrorism offences in general” and that offence is now punishable by up to five years in prison.

Trudeau’s Liberal party supported Bill C-51 when it was proposed by the former Conservative government in Ottawa. The Liberals have since vowed to repeal parts of the law, but no details on that have been released.

“One of the things that people have said ever since that bill was brought forward as a proposal is how are you ever going to do any anti- or counter-radicalisation work when you criminalise the speech that’s involved?” Vonn told MEE.

“The kinds of things that have been proposed here are going to be impossible if you’re subjecting people to a criminalisation process.”

She also said that for the office to be effective, Ottawa would have to convince the public that it has not built a pipeline to further criminalise communities, especially Arabs and Muslims, who will almost certainly be most affected.

“One of the inherent dangers of even having such an institution is that you are inherently contributing to the villainisation of certain societal factors,” Vonn said. “There’s just no doubt that you have to be very finely attuned to the potential for actually causing harm as you undertake any of these delicate efforts.”

A counter-terrorism strategy booklet published in 2013, for example, only listed one group under a subsection on the “radicalisation of homegrown violent extremists”: “Sunni Islamist extremists” that were allegedly “posing a threat of violence within Canada”.

In February 2015, a series of online videos and educational materials called “Extreme Dialogue” was launched in Calgary in an effort to reduce and provide alternatives to radicalisation among youth. The project was funded by Public Safety Canada through the Kanishka Project.

Quebec allocated $500,000 to the Centre for the Prevention of Radicalization Leading to Violence (CPRLV) on 3 March, in addition to the $1mn the province previously spent to start the program in 2015. The city of Montreal also contributed $1mn.

UN Secretary General Ban Ki-moon praised the centre’s preventative approach during a visit to the centre last month. “We have to address the root causes,” Ban said. “I am very happy to visit this centre to prevent the radicalization that is spreading throughout the world.”

Meriem Rebbani-Gosselin, a CPRLV researcher, told Middle East Eye the centre has received almost 650 calls on its phone line, and about 150 of those required “direct intervention” by staff members. Nine calls were referred to the police because a person’s life or community members were deemed to be in danger, she said.

Rebbani-Gosselin said the centre is focused on radicalisation to violence, not radical ideas.

“We are very aware that stigmatisation plays into radicalisation so it would be very counter-productive for us if we were to further that stigmatisation,” she said when asked about concerns the centre disproportionately targets Arab- and Muslim-Quebeckers.

Earlier this month, the head of Montreal’s police union, Yves Francoeur, said “tips” aren’t coming in to the Montreal centre as officials originally expected. “There are almost no tips coming in there, the drawers are empty,” Francoeur said.

But Rebbani-Gosselin said that’s not the centre’s mandate. “We can’t see the line in those police terms; it’s not a security thing. We couldn’t do anything with tips, anyway; we want people to call us if they need help,” she said.

Still, she said measuring the centre’s impact on counter-radicalisation is difficult because the phenomenon is “dynamic". She did not have concrete figures to measure its success thus far, and the centre does not keep data about who calls in because the hotline is anonymous.

“If the person who calls us at the end of the intervention is happy with what happened and they feel they’re at a better place now, for us that’s a success,” she said.

Last February, six Quebec youths, 18 or 19 years of age, reportedly flew to Syria to join fighters there. Concern grew in the province after several other young people made similar plans but were arrested before they could leave the country.

A man opened fire on soldiers at a war memorial in Ottawa, killing one, then stormed Canada’s parliament building in October 2014.

The shooter, Michael Zehaf-Bibeau, was a reported drug addict and petty criminal, but much of the media coverage surrounding the incident centred on his half-Libyan background, and the keffiyeh scarf he wore during the shooting.

According to Wilfrid Laurier University sociology professor Jasmin Zine, who studies Muslim youth, identity issues and Islamophobia in Canada, the word “radicalisation” is not well defined.

But for many Canadians – including law enforcement and government officials – it “is quickly synonymous with Muslims”.

“It has become this term that is somehow a reference for Muslim extremism and yet there are so many other incidents in Canada of crimes that are never elevated to the status of what could be called terrorism or radical violence,” she said.

“Radicalisation is always coded as Muslim in peoples’ minds. They’re not thinking of Justin Bourque,” she said. In 2014, a 24-year-old white Canadian male, dressed in camouflage and carrying a rifle and shotgun in broad daylight, shot and killed three police officers in New Brunswick.

Zine said Canada is joining the United States, the United Kingdom, Australia and other countries in developing programs on “countering violent extremism”.

The problem with these initiatives, she said, is that they often don’t address the root causes of radical forms of association, or violence that can be associated with them, which include racism, xenophobia, social exclusion and global Islamophobia.

“They take the focus off what is actually the state’s role and their complicity in creating these conditions, and they place the onus on the community,” Zine said.

“It is a kind of self-fulfilling prophecy that happens because you’re creating this idea that Muslim youth are a threat to the nation. When your identity is consistently socially devalued and constructed in a way that is positioning you as outside the nation, and a potential threat to it even though you’re born and bred in Canada and you see yourself as Canadian … you become much more ripe for the kind of rhetoric that the groups like Daesh and Al Qaeda are promoting.” 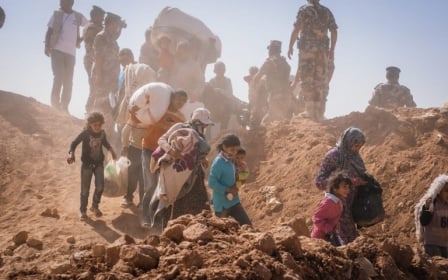