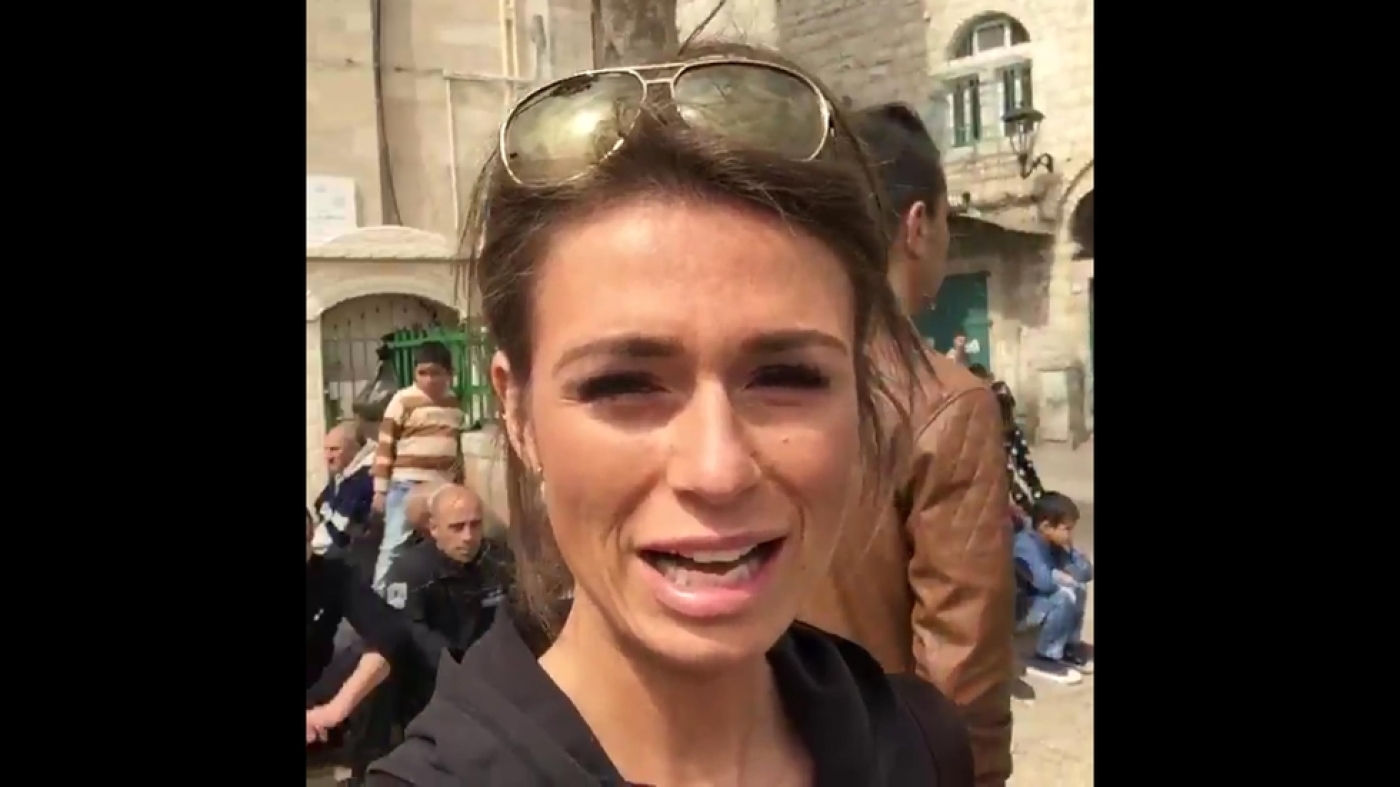 A right-wing Canadian journalist has sparked outrage from Christians and Muslims alike by posting a video from Bethlehem in which she claims it has been "taken over" by Muslims and calls for a new crusade.

Faith Goldy, who describes herself as a “fearless journalist and devout Catholic who stands up for family values, freedom, and firearms,” posted a video on Twitter which sparked a strong reaction from users.

Goldy shows the Muslim call to prayer in Bethlehem, claiming that the town where Jesus was born has been taken over by Muslims.

Goldy, who reports for conservative news site The Rebel Media, was one of four journalists who went on a crowdfunded trip to Israel on what The Rebel called a "fact-finding mission".

In a series of videos, Goldy and her colleagues demonstrate fierce support for Israel, and express anger that Jesus’s birth place is now a Muslim-majority city.

They also urged the launch of a new "crusade": “That’s what we’ll do, we’ll take it over and then we’ll live here… we’ll have probably like five-twelve children minimum… it’ll be very attractive for people to come here, and we’re going to discriminate based on your religion,” Goldy said.

The video ends with the phrase “Deus vult,” a battle cry used by Crusaders in 1095 when the First Crusade was declared. Bethlehem was conquered by the Crusaders in 1099 but was later returned to Muslim rule under the Mamluks and Ottomans.

She also talks about the “huge exodus of the Christians”. This user’s response:

The video has generated a massive response from Christians and non-Christians alike, both refuting her claims regarding the Palestinian Authority, and expressing the harmonious nature in which people of all faiths live in the city.

Goldy also claimed that Islam is the "official religion" of the Palestinian Authority, which she added controls the area in which the Church of the Nativity is situated.

Many Christians spoke up to express opposition to Goldy:

Solidarity between Christians and Muslim Palestinians in Jerusalem and the occupied West Bank is longstanding. In November 2016, in an act of solidarity, Palestinian churches rang their bells alongside the Muslim call to prayer. Religion
Pilgrims in Bethlehem, fears in Europe on Christmas Eve