Parliamentary hopefuls lined up to fill the vacant role of prime minister in Libya over the weekend as attacks continued against the diplomatic community.

On Sunday, the Libyan parliament heard from seven candidates vying to replace interim prime minister Abdullah al-Thani, who quit last week. Thani stepped down five days after parliament tasked him with forming a new cabinet, claimed a "traitorous" attack on him and his family left him with no choice.

The seven candidates are now required to present their programmes to the General National Council (GNC), Libya's highest political authority, where the winner will need 120 votes out of 200 to secure the top post.

Thani had replaced Ali Zeidan, who was ousted a month earlier by the GNC for failing to rein in the lawlessness gripping the country.

The GNC was elected in July 2012 for an 18-month mandate. It had extended its term from early February to December this year but was pushed by protests to reverse its decision and promise early elections, although it is as yet unclear when these will be held.

The latest political upheavals come amidst a spike in kidnappings and attacks carried out on foreign and particularly diplomatic targets.

On Monday, a radical rebel group released a video of a Tunisian embassy hostage, pleading with the authorities in Tunis to negotiate with his captors.

The hostage, Mohamed ben Sheikh, is shown crying during the five-minute video as he calls on Tunisia's president to help rescue him. He is being held by a largely unknown group calling themselves Shabab al-Tawhid.

"Mr president, why do you want to deprive me of life?” he said. “There are no negotiations, they will not release me".

"Mr president, negotiate with them. I want to return to Tunisia. They can kill me at any time," he added.

At the end of the video, one of the captors issues a stark warning to the Tunisian government, saying "As you imprison ours, we imprison yours. As you kill ours, we kill yours".

Ben Sheikh is one of two officials recently kidnapped from the Tunisian embassy in Tripoli by assailants. The other is diplomat Al-Aroussi Kontassi.

A security officer was wounded in the attack, believed to be carried out by four gunmen, news agency Lusa said.

According to a Portuguese news agency, the men fled when other security officers arrived on site.

Diplomats in the Libyan capital say militias which fought to topple the Muammar Gaddafi regime in the 2011 uprising often carry out kidnappings in order to blackmail other countries into releasing Libyans held abroad.

The North African country has been awash with weapons since the end of the uprising that killed Gaddafi and has been gripped by increasing lawlessness. 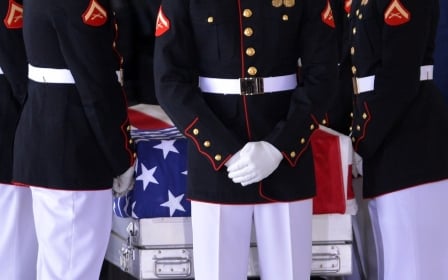