There was no immediate claim of responsibility for the bombing, as Turkish and Kurdish sides traded blame 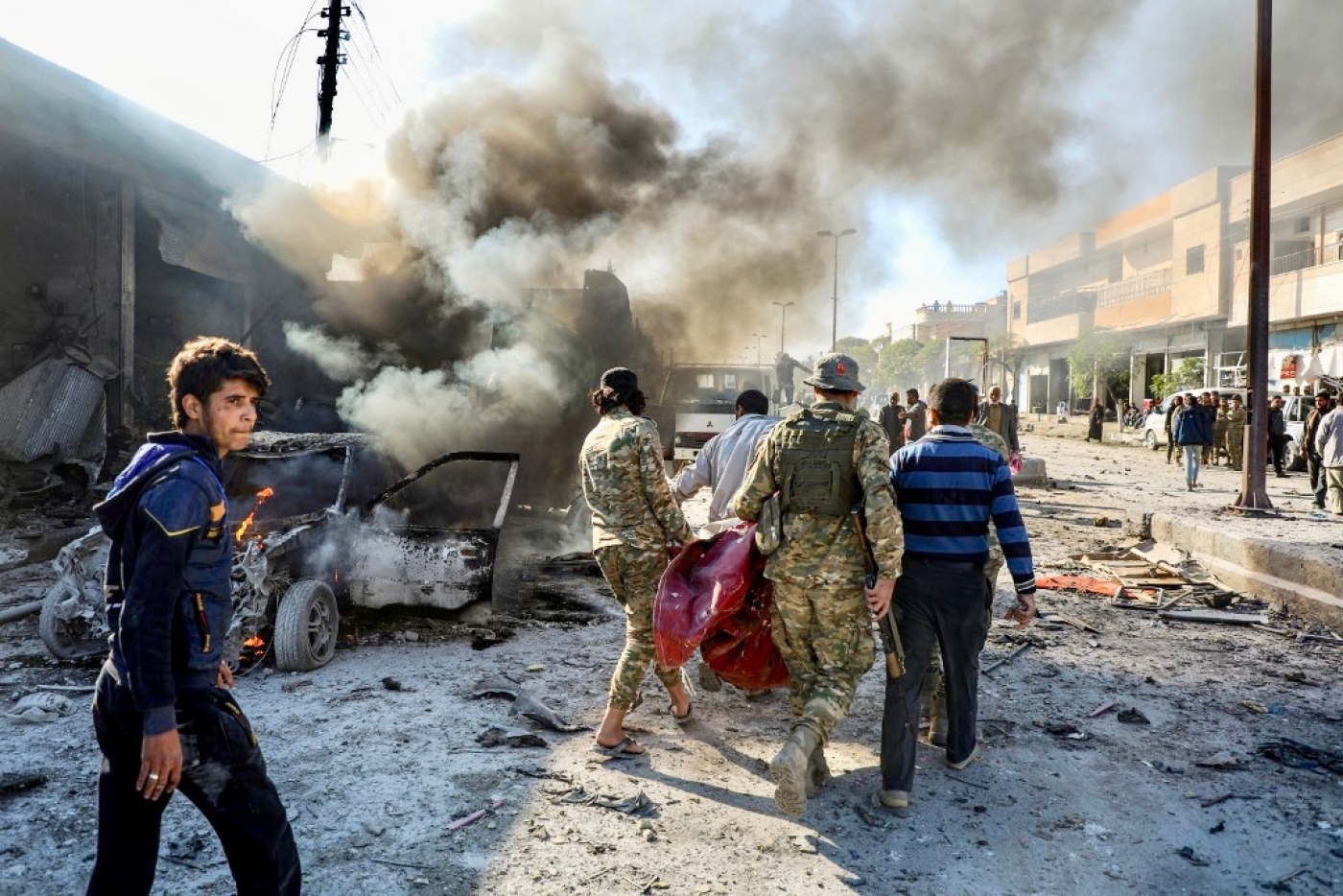 At least 10 people were killed and 25 wounded when a car bomb exploded on Saturday in a Syrian border town seized by Turkish-backed forces last month, witnesses and a rescuer said.

The YPG - which Ankara considers a terrorist group because of its ties to PKK Kurdish militants in southeast Turkey - had for years been allied with the United States in the fight against the Islamic State (IS) group. Turkey began the incursion after President Donald Trump pulled US troops out of the area.

An AFP photographer saw smoke billowing from the twisted burnt remains of a pick-up truck inside the town, and a bright red bloodstain on the road nearby. Pro-Turkey fighters and men in civilian clothes carried away human remains in a waterproof cover, he said. There was no immediate claim of responsibility for the bombing, as the Turkish and Kurdish sides traded blame.

The Syrian Observatory for Human Rights, a British-based war monitor, said four civilians from the same family were among those killed by the explosion, which the local council said residents blamed on the YPG and PKK.

Turkey's Defence Ministry also accused the YPG of carrying out the attack, which it said had killed three people and wounded 20, while a senior spokesman for the Kurdish-led Syrian Democratic Forces (SDF) accused "Turkish-backed mercenaries" of being responsible.

"After expelling the majority of Kurds, looting almost all the shops and houses in this Kurdish district of Tal Abyad, Turkish-backed mercenaries are now attempting to displace the remaining Kurdish population from their homes by random explosions in civilian areas," Mustafa Bali, the head of SDF's media office, said on Twitter.

Similar car blasts have hit crowded civilian areas in the mainly Arab populated towns near the border with Turkey, which are under the control of Turkish-backed forces.

The Kurdish-led forces say its fighters are engaged in a guerrilla campaign against Turkish forces but deny targeting civilians.

On 10 November, Turkey blamed Kurdish fighters for another bombing that took the lives of eight people in the village of Suluk, southeast of Tal Abyad.

A week earlier, another car bomb killed 13 people in Tal Abyad, according to the Observatory.

Kurdish-led Syrian forces expelled IS from its last patch of land in March, but the group has continued to claim deadly attacks.