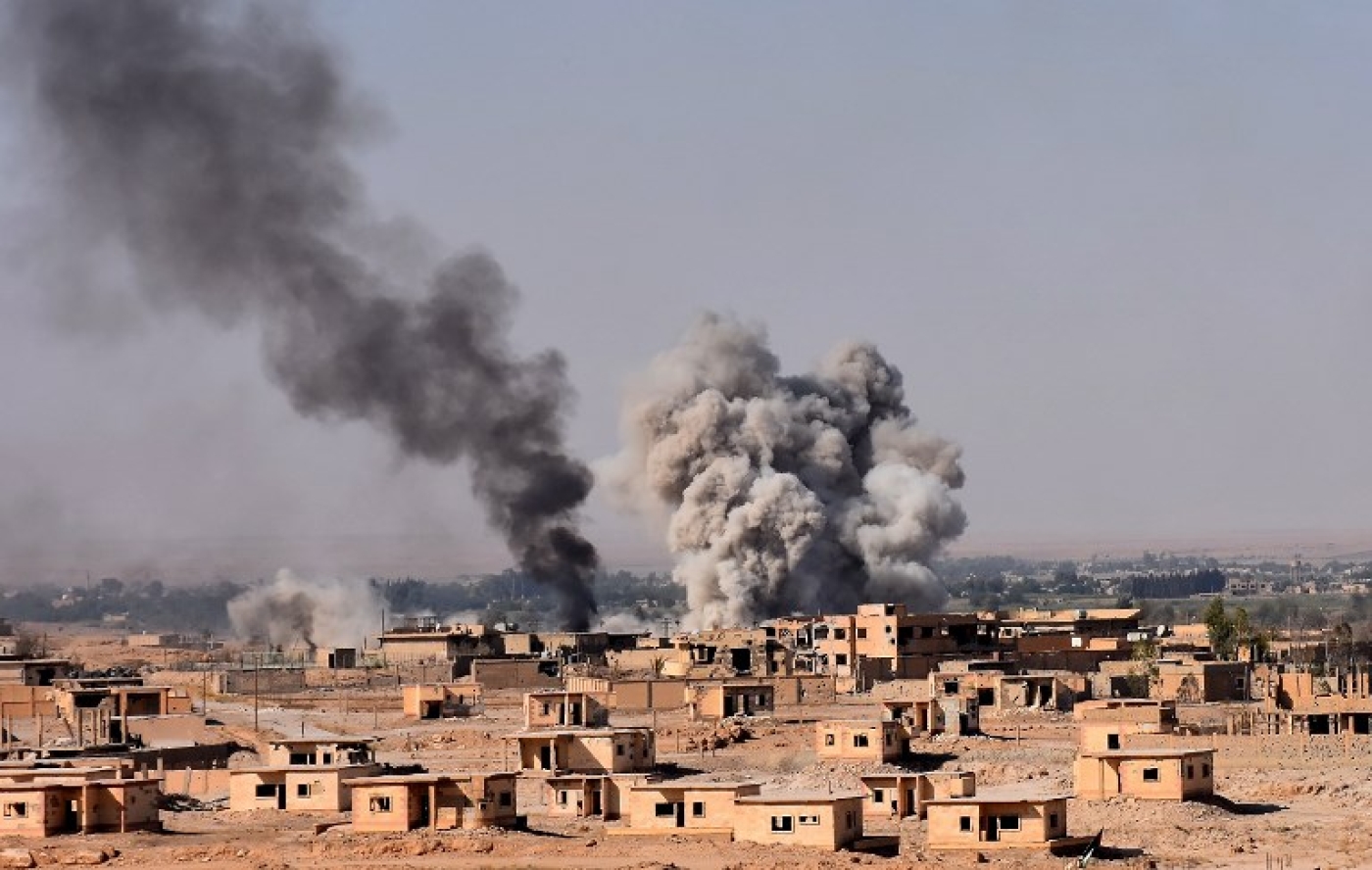 The victims have reportedly fled battlegrounds in Deir Ezzor province, where the US-backed Kurdish-Arab Syrian Democratic Forces alliance is also on the offensive against IS
By
AFP

A car bombing carried out by the Islamic State group killed dozens of displaced people in the eastern Syrian province of Deir Ezzor on Saturday, a monitor said.

The Britain-based Syrian Observatory for Human Rights said the attack targeted people displaced by fighting in the oil-rich province who had gathered on the eastern bank of the Euphrates river, adding that dozens more were wounded.

The attack comes as Syrian and allied forces converged Saturday on holdout IS fighters in the border town of Albu Kamal, a day after Russian-backed government forces took full control of the provincial capital, also called Deir Ezzor, which was the last Syrian city where IS still had a presence.

"The Islamic State group targeted with a car bomb displaced people on the eastern bank of the Euphrates River, killing dozens and wounding dozens of others," Observatory head Rami Abdel Rahman said.

He said he could not immediately give a specific toll of how many people were killed and wounded in the attack.

Abdel Rahman said the victims had fled battlegrounds in Deir Ezzor province, where the US-backed Kurdish-Arab Syrian Democratic Forces (SDF) alliance is also on the offensive against IS.

The SDF is attacking IS on the eastern bank of the Euphrates, which cuts across the province, while Russian-backed Syrian forces are battling the militants on the western bank of the river.

The parallel offensives have sent thousands of civilians fleeing for their lives, some straight into the desert.

Sonia Khush, Syria director at the Save the Children charity, said an estimated 350,000 people have fled the recent fighting in Deir Ezzor province, half of them children.

"The situation in the city, and surrounding countryside, has been especially bleak with civilians trapped between the fighting and all too often caught in the crossfire," she said

The Euphrates Valley border area was the heart of the "caliphate" IS proclaimed in 2014 and is now its last redoubt, where a US-led coalition supporting the military effort said around 1,500 IS fighters remained.

Despite being driven out from large parts of Deir Ezzor, IS still controls 37 percent of the province and its fighters are deployed on the eastern side.